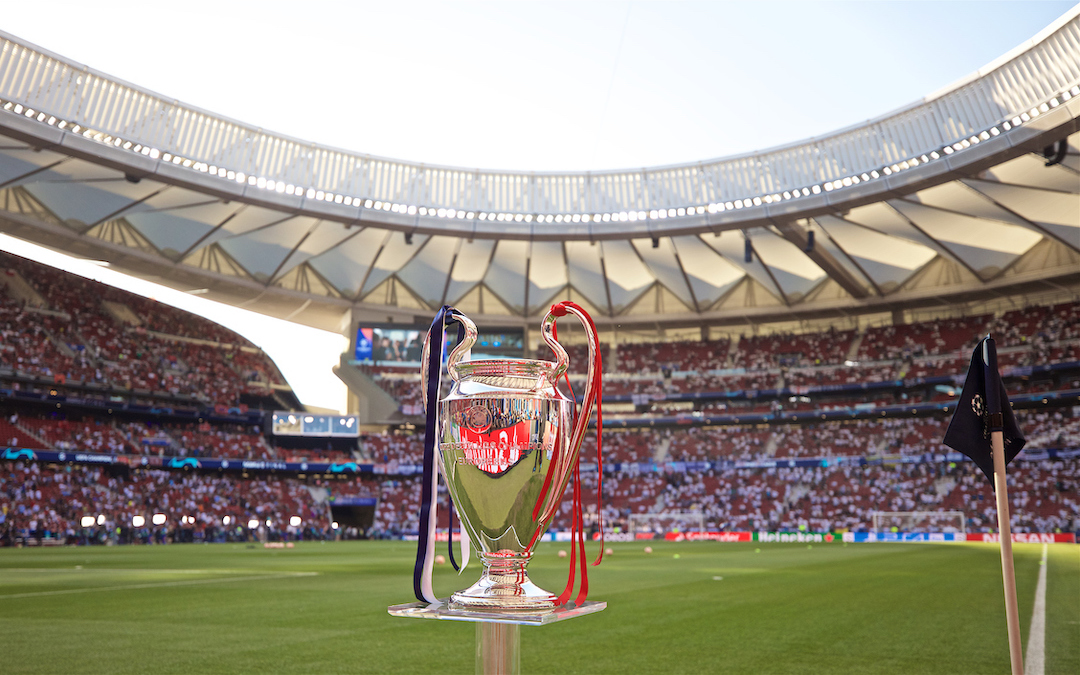 The 3pm blackout, which has been in place since the 1960s, prohibits matches being shown between 2:45pm and 5:15pm in order to protect attendances throughout the football pyramid. The UK is the only country to prohibit the broadcast of 3pm Saturday kick-offs.

Did lockdown change habits? The blackout was obviously lifted then. Lot of people now used to watching games on TV. Attendances still strong now, even lower down leagues.

Total prize fund of 1.1bn euros available for distribution among the 32 sides.

In addition to a potential 85.1m euros in prize money directly related to the Champions League, the tournament winners also stand to receive 3.5m euros for qualifying for the UEFA Super Cup, and another 1m euros if they win the European football season’s curtain-raiser, which is to be held in Helsinki in August 2022.

Prize money is not the only source of Champions League revenue for the 32 clubs, who will also pocket TV income, and payments based on their ranking in the European game.

From 2024 the Champions League will adopt the so-called “Swiss system”, with the group stage replaced by a format by which 36 teams each play 10 games, determined by seedings, with the top eight going forward to a last 16 and the teams between ninth and 24th playing off for the other eight slots.

The injury allowed some choruses around Elliott having broken his leg to be belted out from their end.

If people are comfortable singing that, that is down to them. I think it is despicable but firstly I am sure we have our own toerags, and we should never forget this, and secondly there is a sense where it is within the game.

This brings us onto our second thing. What isn’t in the game, what shouldn’t be in the game is singing ‘Always the victims, it’s never your fault’. That’s a Hillsborough song. There shouldn’t be a debate.

What doesn’t help is going back years some irresponsible publications and writers mainstreamed the sentiment.

Nine years ago today an independent panel commissioned by the government published a report around Hillsborough which made clear – yet again – as a matter of record that Liverpool supporters present that day were the victims. It wasn’t their fault.

A distance away down the front an older Liverpool supporter ended in an altercation in reaction as that chant rang out.

To be clear. We have only recently seen another family grieve through the loss of their loved one, and a coroner confirm he was unlawfully killed. If you are reading this and you really don’t get it, imagine a close member of your family living through the crush on April 15, 1989. Never mind dying, just imagine living through that. Imagine how angry you would be. How distressed.

Now imagine years later football fans aggressively chant that at you. Do you get it yet? It is abuse. Abuse of people who have been through enough. And it needs to stop now.

I’d wonder about an apology, a public acknowledgement, any bit of class from Leeds United’s hierarchy but I wouldn’t hold my breath.

– Neil Atkinson on The Anfield Wrap after Leeds vs Liverpool, where 18 year old Harvey Elliott had his leg broken.

“The use of the phrase Chelsea Rent Boy is totally unacceptable. It is extremely offensive and a homophobic slur.

“We don’t want to dehumanise football or stop terrace banter but this must stop. You may be arrested and may face prosecution.”

Speaking out, having invited Paul Amann, the founder of Liverpool LGBT+ supporters group Kop Outs, to the Reds’ training centre in Kirkby to discuss the impact of homophobic chants, he said: “At the Norwich game, I only heard after for two reasons – the noise, thank God there was noise again, as well as the language, I don’t get all the songs – but there was obviously this specific incident.”

Manchester United have condemned the anti-Liverpool chant of “Always the victims, it’s never your fault” sung by a minority of their supporters at Old Trafford.