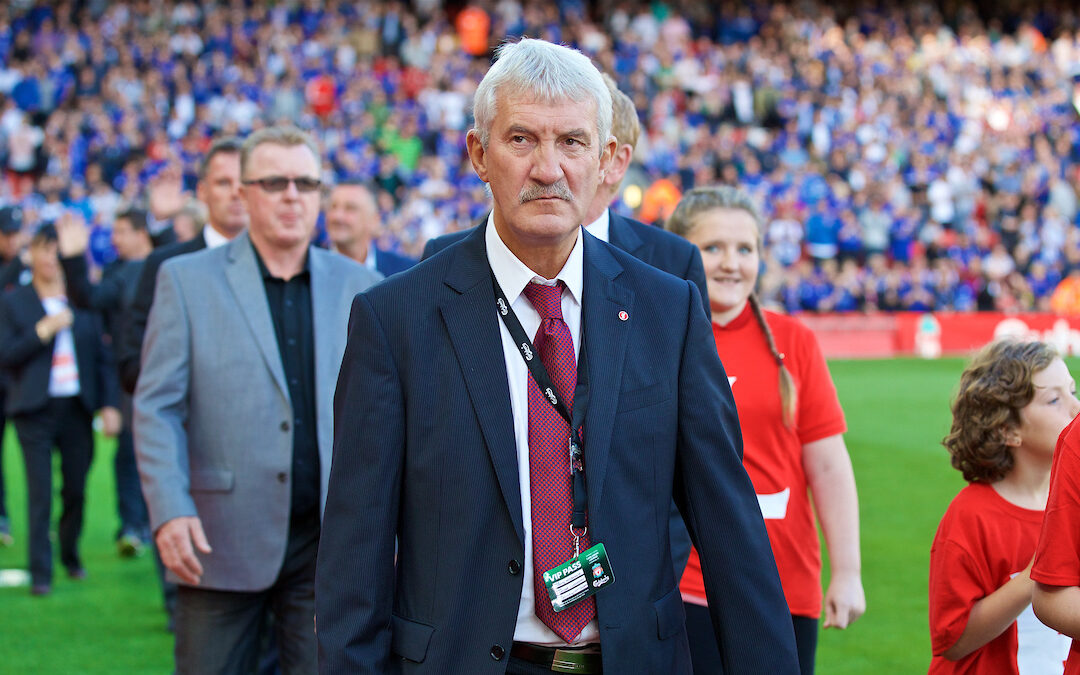 After Terry McDermott was diagnosed with Lewy Body Dementia, Karl Coppack tells us about the man, the player and the Liverpool legend…

IN 2006, I became dangerously unwell.

Without knowing it I’d somehow managed to go 38 years with a congenital brain disorder and then, one December morning, it decided to let itself be known in dramatic fashion.

Two hospitals and nine weeks later I suffered an epileptic relapse and was readmitted to hospital until my brain finally did what it was told.

I awoke in a general bay consisting of six beds. I was confused, in pain (tongue biting, various grazes and broken cheekbone due to my falling face first in the street) and exhausted but was able to take in my surroundings. One of the inmates was a kid who tried to take his own life through overdose while the other four were dementia patients.

The kid was alright. His parents were in bits as you could imagine but he seemed fine. The other four were less so.

I remember lying there and hoping more than anything that I would not succumb to that awful affliction. The poor souls were lost in another world. One would talk to me like we’d just met, others spoke to people who were long dead. Horrific. Just horrific.

On Saturday, Terry McDermott announced that he is in the early stages of Lewy Body Dementia.

Many thanks to everyone for the message’s of support, I’m touched and overwhelmed by them all.Each one is appreciated and will help me in the fight against it. Special thank you to @LFC for standing with me through this ❤️ #ynwa https://t.co/UJo95fIHoO

The news came after Denis Law spoke of his diagnosis of ‘mixed dementia’ – a mixture of Alzheimer’s and vascular dementia. His is the latest case in a litany of former footballers who have contracted the illness. The FA are currently conducting research into a link between heading and dementia. There’s certainly a case to be made.

But what about Terry Mac? He may be from Liverpool’s period of strongest dominance but he never carried the reputation of Kevin Keegan, Kenny Dalglish and Graeme Souness. There’s a reason for that. While those three always had dominant personalities, Terry Mac shunned the limelight outside his own circle.

In 1980, he became the first player to win both the PFA Player’s Player and the Football Writers’ Award in the same season, but the number 10 stayed away from one ceremony as it just wasn’t his thing. He just preferred a quiet pint with his mates or a few noisy ones in the city centre.

It was impossible to miss him on the pitch. After the usual start of a couple of years in the reserves, he went on to make 232 appearances for The Reds, picking up league title after league title and three European Cups.

Those are just numbers though. He also scored so many important and beautiful goals — our first ever in a European Cup final, the greatest in our history and a few goal of the season winners.

But even that tells only part of the story. I was only a kid when he was knocking hat-tricks in the European Super Cup final and though we all wanted to be Kenny or Souness in the playground, we all loved Terry Mac.

His whole demeanour was different from the others. He wasn’t the glamorous Maradona type though his footwork and dribbling skills were incredible, nor was he the macho type of Souness or Jimmy Case. 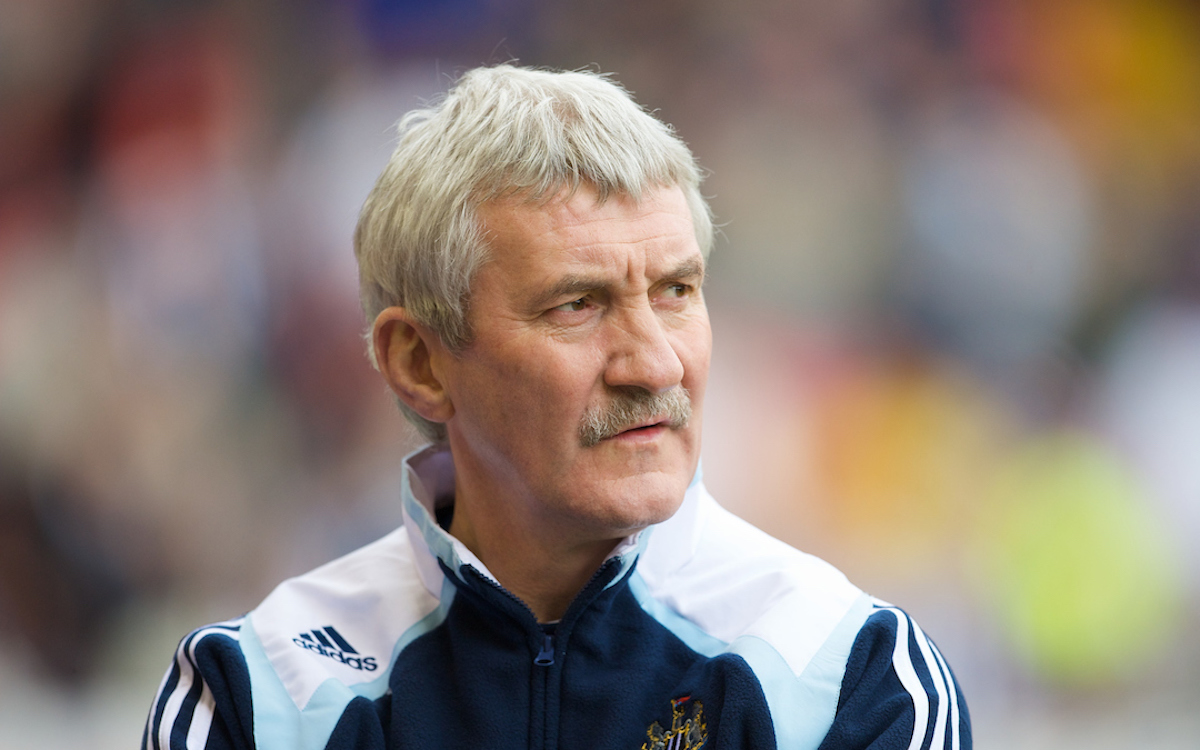 If anything, he was like your mate’s much older, cool brother who would play footy with you in the yard on his way to buying tobacco. Lois jeans and Adidas Samba. Stick thin with unmanageable hair. Everyone’s mate. A lovable rogue. A bit of a scally.

And that wasn’t far from the truth. He loved a pint and he attributes his leaving of the club to his love of nightlife and, probably by extension, ‘acting daft’.

The story of him relieving himself from a balcony onto some unsuspecting First Aid girls while hammered on the 1977 European Cup winning parade is famous (he didn’t know they were there and was mortified when Emlyn Hughes told him the next day), but there were numerous pisstakes and drunken nights out during his time at Anfield.

That doesn’t sound like he was much of a professional, but he could get away with it. He was a freak of nature.

Dalglish suspected that he had two sets of lungs such was his ability to run for hours without breaking sweat. He could also go into Melwood for training with only a handful of hours sleep and a belly full of ale and still perform under the eyes of Bob Paisley, Joe Fagan and Ronnie Moran.

This is a different age, of course, but this was a side that was simply streets ahead of everyone. Terry Mac was a crucial part of that era, being a quarter of Liverpool’s greatest ever midfield – McDermott, Case, Souness and Ray Kennedy.

He may be the less-celebrated member of that side but those who saw him play will never forget what he brought to that side. The deft finishes, the piledrivers, the greatest and most famous header in our history and, his favourite, the lob. The two awards came as no surprise in 1980. He was simply incredible.

We missed him when he left in 1982 but the times were changing. Case and Kennedy had already gone to be replaced by Ronnie Whelan and Sammy Lee and Terry would be next.

He went to Newcastle to join Keegan once more and helped them gain promotion. It was his second spell there having played against us in the 1974 FA Cup final. If you didn’t know that, you can see him walking forlornly back to his own half past Keegan after we score the third.

Dementia is a cruel affliction, though Terry’s statement on his condition is typical of the man: “I’ve got to get on with it and I will. It’s the way I’ve been brought up. Nothing has come to me easily. I’m not frightened of taking it on and also, as we’ve seen, there are a lot of former players in a worse state than me.”

He’s right when he says that nothing has ever come to him easily. In 2018, his wife Carole was diagnosed with breast cancer though she recovered. It seems that they both have further challenges ahead.

We’ll be with him every step of the way. The man’s a legend — indeed ‘Lege’ was his dressing room nickname — and though he would blush at the level of esteem in which we hold him, it’s there nevertheless.

Keep fighting, Terry. We’re all with you.