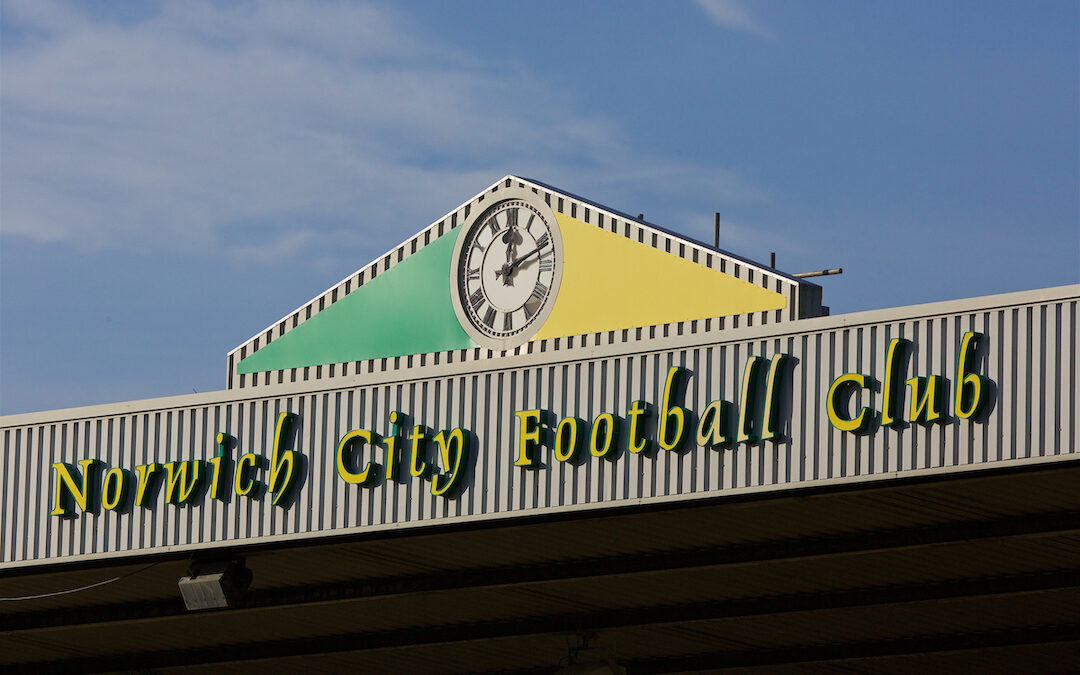 Rob Gutmann’s preview ahead of Norwich City v Liverpool at Carrow Road, and it’s a particularly poignant trip to start the new season…

Football is life, death, religion and everything in between. We know it to be so. I labour this relentlessly, drudgingly, in this column.

Sometimes, though, it really is truly one of these things.

My friend Paul – Granty – Grant doesn’t support Liverpool. Paul is a lifelong Blue. An Evertonian. “A good one,” he says. “I don’t hate Liverpool!”

Paul is very much a good one. Paul has been to more Liverpool aways with me than any Red I know. He likes the day out. We like each other’s company. We love each other’s company. Paul offers to drive. I offer to drink. It works for us. When we win, he applauds politely. “I’m happy for you and the boys, Rob”. When we lose, he smirks. My boys get annoyed. Paul, hands up, plays innocent. Paul is a good Blue.

Paul adores Norwich City away. As we’ve got older, we’ve done less aways together, but Norwich away is sacrosanct. Paul loves Norwich. He has a good friend in Norwich which helps, but he also just loves Norwich. I do too. It’s a special place. A great town. I have come to think of it as ‘our’ town.

Norwich is actually mine and Paul’s happiest place. Liverpool usually win there, and Paul and I always have a lovely time there. We get to go to great pubs, we eat well, enjoy old friends. Everything goes well for us in Norwich.

In June, when the fixtures were announced, I book hotel rooms in Norwich for me, my boys and Paul. I did not hesitate. A dream start to a season. I messaged Paul. We were both hugely excited. Being back in grounds. As if that alone wasn’t enough. In an actual ground, in Norwich! Life doesn’t get much better.

A week later though, our worlds spun disturbingly on their axis. Paul hadn’t felt right for a couple of months. Couldn’t sleep. Felt bloated and uncomfortable. He had tests, all seemed broadly OK. Just running repairs afoot.

Then Paul felt much worse. He got more thoroughly checked out. He called me to tell me he had cancer. Not good news. It’s OK mate, you’re not alone, we’ll beat this. We will. You and me. These things happen. What will be will be.

Within 10 days, more tests, and Paul gets informed it’s bad. The bad cancer. He has three months to live. He phoned me to tell me this. Not a conversation I can process, even now.

Three weeks, not months, later, Paul died. We don’t get to do Norwich.

I’m not sure how many people actually read or enjoy this preview column I write, but I was always sure that at least one human being did. My Paul.

He’d harangue me if it wasn’t posted up early enough. He got all of my shitty jokes. He’d tell me that I was invoking Kierkegaard even when I just thought I was just second guessing Jurgen Klopp. Paul was Norris Green’s greatest ever philosopher. I wrote every preview I’ve ever written for him. For me and him, for us. I always will do.

I can’t really process Paul not being around, not going to the pub every week, not going to Norwich with me. I’m angry at him for dying. Really really exasperated and angry. I’m not entirely sure I’ll know what I’m meant to do on the planet, or in fucking Norwich, without him. I’ve shared more pints, more jokes, more minutes with Paul in the 27 years since we first met, then I have with anyone, save for my family.

I will, of course, be in Norwich on August 14th. We go again. I’m praying for a Reds win. I’ll drink Norwich dry if it happens. I’ll cry me a river for Paul before I slump into drunken sleep. I miss him and ache for him, for his company, more than I can ever clumsily express here.

Before he died, I asked him to promise me that if there was an afterlife that he’d send me a sign. He knew how much I craved a knowledge of something beyond this mortal coil. Paul promised me he would. I’ll take three points as my friend waving to me from his heaven. He’d find that sweet and funny. Which is what he always was.

I feel so very much more lonely without him. Rest in peace, mate. I will think about you every day.

And we will always have Norwich.

Reading this back I feel bereft with regrets. And I’m not a big regretter. I wanted to write the above for Paul and present it to him before he died. But even though he had accepted his fate, I still couldn’t find the courage to so boldly hold a death mask mirror up to him.

I badly wanted to tell him how much I loved him, how much I was going to miss him, but I thought that the finality of that ‘confession’ might only more brutally make him confront his imminent demise. I prevaricated. It seemed too cruel. Meanwhile, he just died. I should’ve told him. I fucking shoulda just told him.