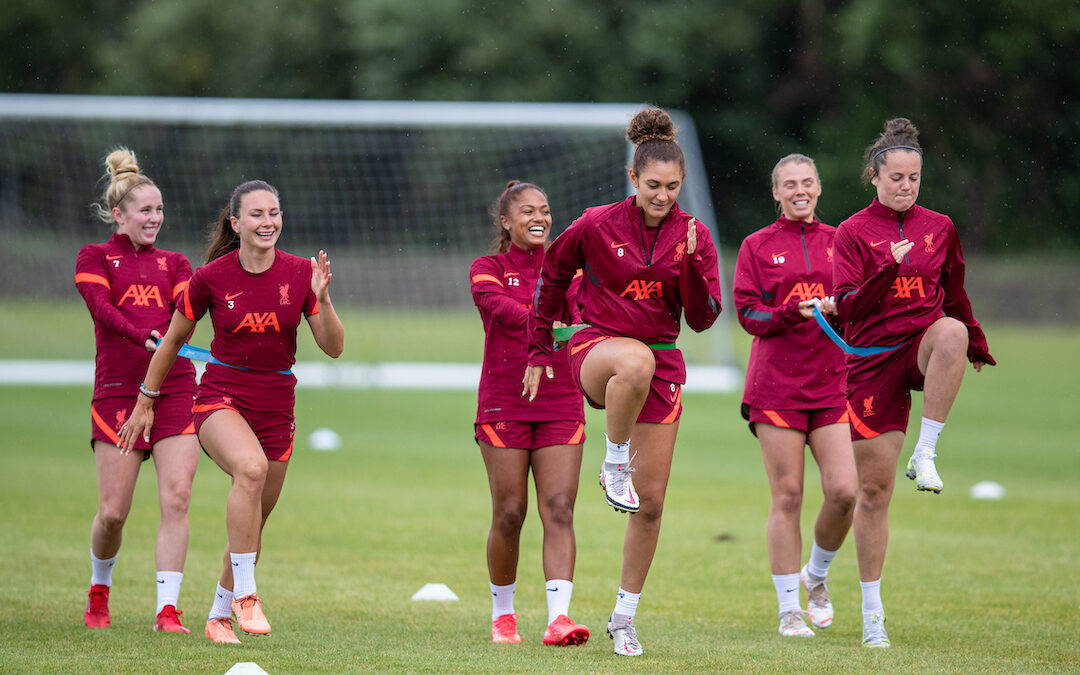 ONCE more unto the breach, dear friends.

For Liverpool Women, it all starts again on Sunday with the visit of London City Lionesses at Prenton Park.

Last season was tough. Liverpool underestimated the Championship, and in the end were taught a lesson. A campaign plagued with setbacks and the residual hangover from the year before, The Reds started with Vicky Jepson but ended without a permanent manager, 11 points adrift from promotion.

And yet, within all the hardship came some real glimpses of possibility.

Summer signing Taylor Hinds looked sharp, making the left-back role her own and adding a fresh attacking dynamic to the side. Meikayla Moore adapted commendably in defence, and caretaker manager Amber Whiteley oversaw a run of five wins, three draws and one defeat in nine, ensuring The Reds ended the campaign with fresh optimism.

This season, then, is about turning those glimpses into tangible outcomes. The slate has been wiped clean and the mission for Liverpool remains unequivocal: return to the Women’s Super League and put the club back where it belongs.

The summer business would appear to have set them up well, having ensured stability by retaining the majority of the team’s spine, including tying down Rhiannon Roberts, whose versatility was critical last season, while the hugely exciting Missy Bo Kearns pledged her future. 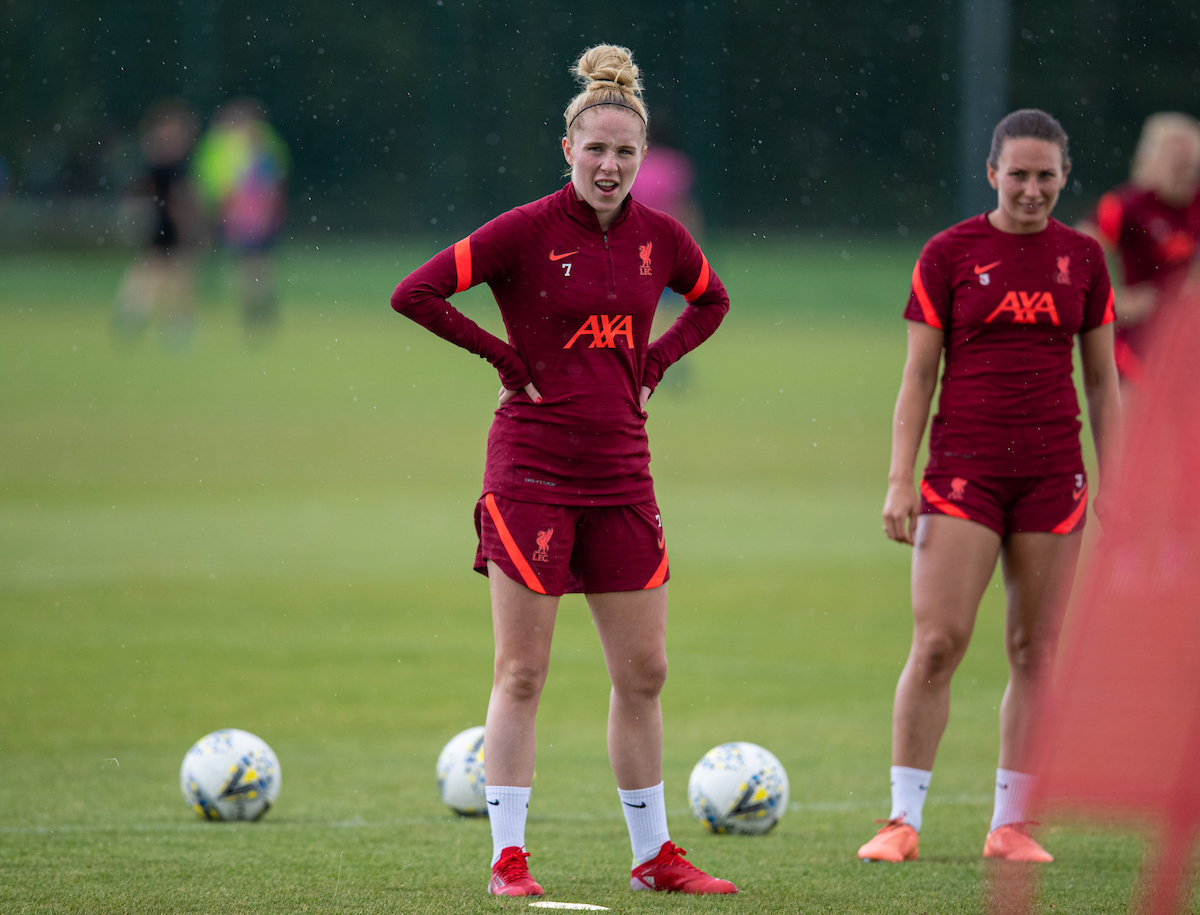 Kearns is technically gifted and capable of providing that bit of magic, and her creativity could be key to breaking down the low-block this season. Her continued commitment underlines the sense of belief that The Reds can return to the top flight.

Rinsola Babajide’s departure was a blow, but her future has been known for some time, while Amy Rodgers, Jess Clarke, Becky Jane, Amalie Thestrup and Kirsty Linnett have all been moved on.

However, a fruitful and targeted recruitment strategy has seen Liverpool address their key weaknesses, with Matt Beard’s arrival helping to draw players down from the WSL to buy into his project.

In a league as competitive as this, making your superiority count is paramount. When you’re better, you must ensure you emphasise the point. Liverpool failed to do precisely that last season, drawing six despite leading on five of those occasions.

The arrival of Rianna Dean in particular will undoubtedly help bridge that gap. Having spent three seasons with Spurs, guiding them to promotion in 2019, she has a proven track record, scoring 21 goals in 63 games.

Critically, there are now multiple players in the squad who possess a goal threat in Leanne Kiernan and Yana Daniels, while Carla Humphrey and Jasmine Matthews have all previously excelled under Matt Beard and, alongside Megan Campbell, provide a wealth of experience.

The new recruits settled well in pre-season, with Kiernan getting her first goal for the club against Leicester, before netting again in the 2-2 draw with Manchester United. A 3-2 victory over Celtic, solitary 2-0 defeat to Blackburn and a 0-0 draw against Birmingham completed a decent schedule, and there seems a genuine sense of togetherness in camp going into Sunday’s opener. 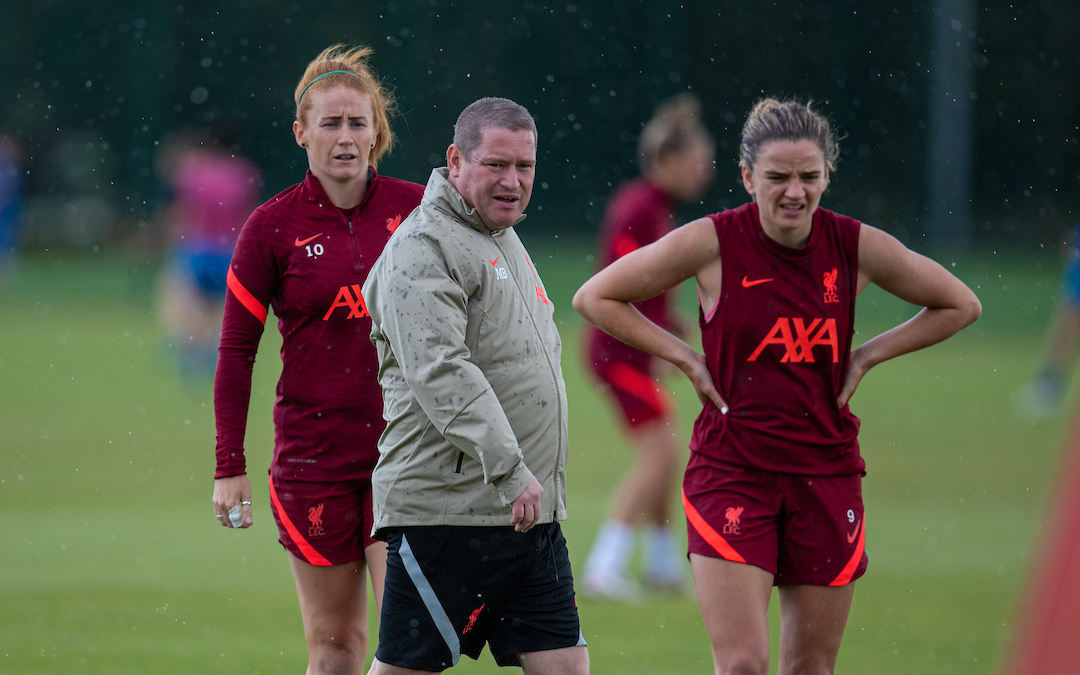 Beard has put together a strong squad. One that can compete and will be desperate to get back to where they belong. Those that were here last season will use it as a learning curve while the new arrivals inject quality en masse. This side looks like they’re made of sterner stuff. Perhaps they needed a season in the Championship.

There were only four points between Durham, Sheffield United and The Reds last season and you’d expect they’ll all be up there again come May. There is no time for a slow start, no room for mercy to take your foot off the gas. Leicester scored 54 goals last season and Liverpool would do well to follow suit.

Make a statement from the start, Reds, and let the others worry about us.

Every player knows what the job is and what it is all about this season. They’re committed to winning this league and you should be too. Get down to watch a game and show your support if you can, or follow it on LFCTV and the FA Player if not.

If you need a pre or post-match fix, The Anfield Wrap will have you covered, and if you want to know more my good friends Lauren and Amy at RMTVWomensPodcast are always there. They are as hard working as they come and will give you all you need.

Once more unto the breach, then. It all starts again on Sunday.