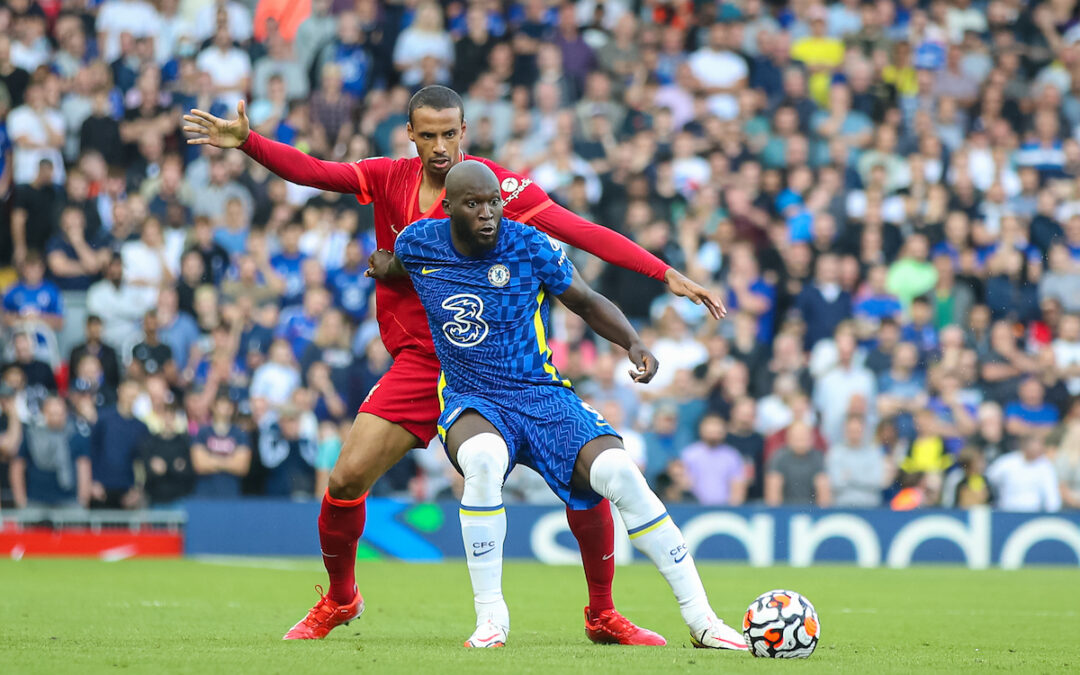 Ben Johnson’s player ratings after Liverpool 1 Chelsea 1 in the Premier League at Anfield, as The Reds couldn’t make pressure tell…

LET’S have it straight, they are a good side them and a draw is a decent result.

It’s a especially good result once you are one down, but fuck me they are frustrating. Would like to pick Jorginho and use him like a chair in the wrestling. Knocking shite out of Azpilcueta in the bogs.

And that manager mate, honestly, he was the original monk. Have you ever seen a monk in a cap? You have now. Back when monks weren’t a thing, he was there, robed up shaving his monk head and bestowing the virtues of not shagging. Nobhead.

Great save second half when he sort of pawed it out when it was low at his feet. Awkward one. No chance with the goal really. Loopy bastard. Didn’t really have much else to do.

Great energy about him today. Fucking everywhere first half, leading the press when he needed to. Didn’t quite get anything working on the right today but frankly I think they had eight right backs so, you know, what do you fucking expect.

Tremendous today. Genuinely one of the greats. He was such a huge miss last year. So agressive in all the right ways. Lukaku didn’t get a sniff out of him. Does brilliant to keep the ball in play for the goal. Brilliant and shite at the same time. I thought he had fucking giraffed it right over the Annie and sat down, then all hell broke loose. Boss.

Was nearly as good as big Joel and that is fucking saying something. Looked nearly back to his best. He did a little body swerve there second half and let the ball come across his body and everything felt right in the world. Would have liked his shot to have gone in, all told.

Struggled today. Not sure he was helped by Sadio, mind you, but he wasn’t at his best. Kept twatting it people’s legs and kicking it out which isn’t great really. Looked a bit knackered.

Thought he struggled a bit today. Great energy as per but quality wise he wasn’t at it today. Had to do better with the chance at 1-0. He had all day. All fucking day. Could have had a picnic.

See above. Was OK. Thought either of them could have come off. As soon as it goes to 10 men he is a bit redundant in the game, except to cover them breaking which doesn’t really happen.

He was fantastic really. Our best midfielder, played like he has been doing it for years. Massive games every week. The only criticism is that you sort of wanted him to try things a bit more. A couple of times he could have turned and twatted one in the top corner which frankly would have been sound, but he didn’t, which ultimately wasn’t. Belter player, though.

Worked all day long but it wouldn’t quite come off for him. Boss pen mind you, love that run up. It proper bamboozles keepers.

Was a shame he went off as he was doing well. Big miss. Hopefully it’s something and nothing.

Christ he struggled like fuck. The left-hand side killed us today. Every time we switched it across the game died. Between Sadio chewing it, twatting it at people’s legs, making berserk runs and kicking it out we struggled whenever it came to the left. Real shame if he is now shite as he was our one in the pack who could stand a man up and beat them, do something unpredictable. Looks like he might never take anyone on again.

Was good when he come on. Would maybe have liked him on a bit earlier, but then I was scared of them on the break and he isn’t the greatest at running backwards.

Twatted one out onto the roof of the net and didn’t score which was a shame.