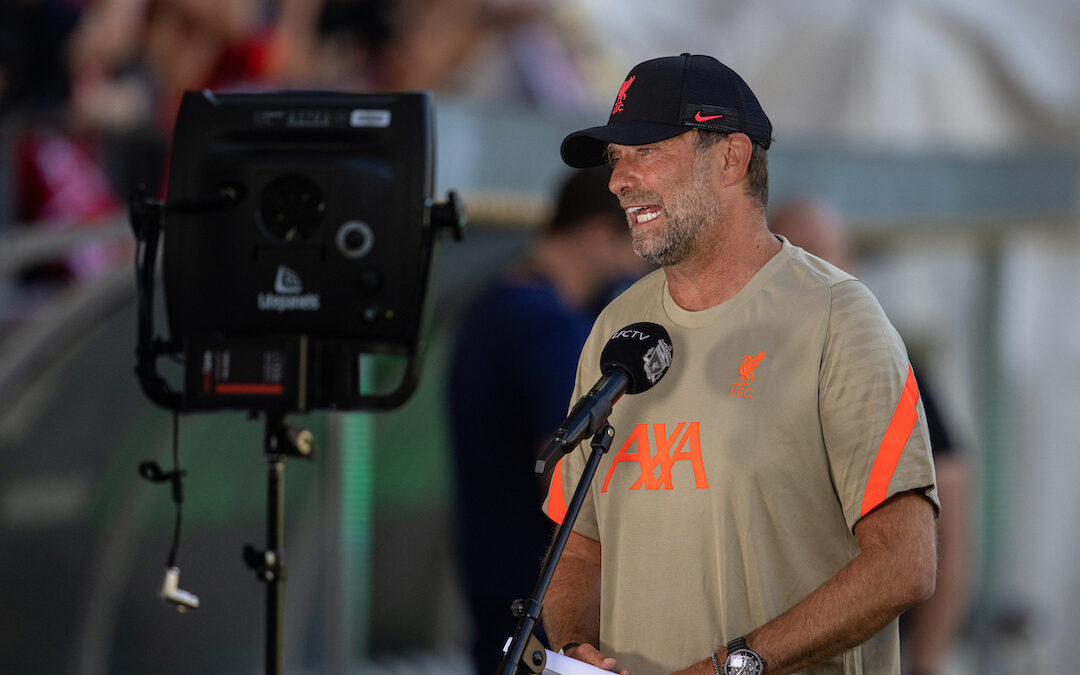 “We have a big squad and there might be something happening until the end of the transfer window, but I cannot say anything about that at the moment…

We have new signings, we brought three players we couldn’t use last year for most of the season, we have back in the team…. 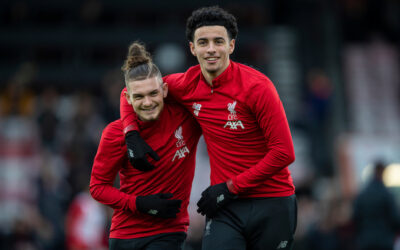 Another excellent performance vs Osasuna has us wondering if Harvey Elliott is the Liverpool signing of the summer? Is he ready to join the likes of Michael Owen, Robbie Fowler, Steven Gerrard and Trent Alexander-Arnold as a Liverpool’s next wonder kid?

What positives have we seen from Harvey, and is he moving up the midfield pecking order quickly and challenging the likes of established players like Curtis Jones and Alex Oxlade-Chamberlain? Currently, he’s 5th in line to join our front 3, ahead of Origi and Shaqiri, what would the knock on effect of a new signing or two be on his development as well as Curtis Jones.

World class talent needs a platform to prove itself, is Harvey Elliott going to be given the chance to prove he’s the real deal this season?

Jarrod Bowen – Is This Deal Close to Being Done?

West Ham’s Jarrod Bowen has admirers at the club, as do Borussia Moenchengladbach’s Florian Neuhaus and Brighton’s Yves Bissouma. Liverpool’s recruitment team have also looked at the likes of Harvey Barnes of Leicester and Pedro Neto of Wolves. – Neil Jones

According to David Maddock of The Mirror, there is a chance Jarrod Bowen could join Liverpool this summer. But with a plethora of attacking options at the moment, the panel discusses whether Liverpool take the plunge on a new forward who isn’t a marquee signing or hold out for the likes of Messi, Mbappe or Haaland? 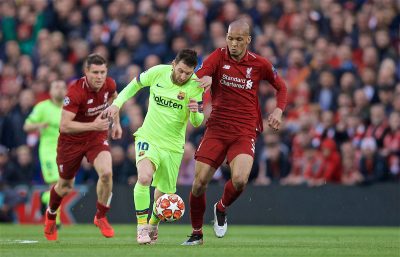 Lionel Messi – Why Not Liverpool?

Lionel Messi to Liverpool? Why not? The panel discusses the possibility of bringing Messi to Anfield. It’s likely that Messi will sign for PSG this summer, but could Liverpool feasibly afford him? The Barca deal was apparently worth £250,000 a week, £65 million for 5 years. Jarrod Bowen deal would cost a £40 million transfer fee plus say £6 million a year in wages, by contrast Messi would be a hell of a player to bring off the bench on 60 minutes – but do you sign Messi just to bring him off the bench? It’s laughable, or is it?

To make room for their £100 million duo in Jack Grealish and potentially Harry Kane – Manchester City will likely have to move on some of their players. Who’s on the chopping block at the Etihad? Raheem Sterling, Riyad Mahrez or Bernardo Silva? There won’t be many suitors who are able to afford these players – should Liverpool be interested?

“Our squad has already shown we have good players to replace him. I think the midfield is the part of the team where we have more players – we have Hendo, me, Thiago, Curtis, Millie, Naby Keita, a lot of players who can play in this position.” – Fabinho Tavares