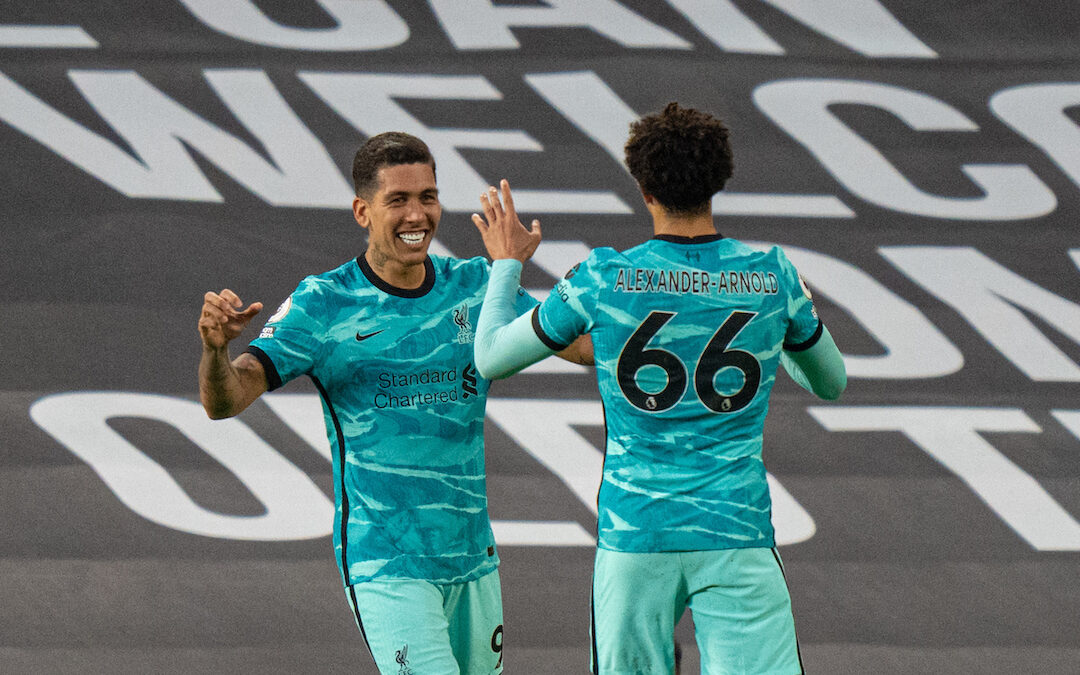 Is it on again?

Until we fuck it up, yeah I reckon it is.

*When he wasn’t scaring the shit out of them.

The cross for the second, the shot for the third, that bent copper in the stands that tried to make a mug out of Trent Alexander-Arnold. Unbelievable. One of the performances of the season.

Unlucky for their opener but then went on a mission to rectify it by winning a penalty, getting an assist, saving one off the line, Saving Private Ryan, heading one with his face, and generally being sound.

Can’t wait for his injury time winner against Palace.

His best game for The Reds – didn’t do anything wrong against one of the best forward lines in the league.

That bit in the first half when he tracked Rashford all the way back and slid in to win the ball deserved an away end to appreciate it.

Follows the ball for their opener and, whilst still being really good, wasn’t quite at his his best tonight.

For an hour there he was incredible – strong, quick, and a reminder how good he can be when he’s got legs around him and legs below him.

Big game performance from the little fella and very much did his job in that three tonight.

Nice flick for the goal and looked lively all night. Thought he was unlucky to get taken off.

Does really well to hold his line for the first goal and both finishes were the business.

Been a fucked up season, he’s mostly frustrated but I can’t wait for his injury time winner against Palace.

Found himself a formidable opponent in Shaw who probably plays him as well as anyone.

Once he fucked him off though he made that one on one look easy.

Mostly fell over whilst smiling.

Great ball to finish the game.

Born in North Wales, according to Josh Sexton.

Saving himself for an injury time winner against Palace.

The sort of fella that watches the Zapruder Film in slow motion and books JFK for simulation.

“Nat Phillips has embodied this Liverpool side this season in the face of all the setbacks.”

“Rhys Williams comes away with so much credit, I am so pleased for him.”