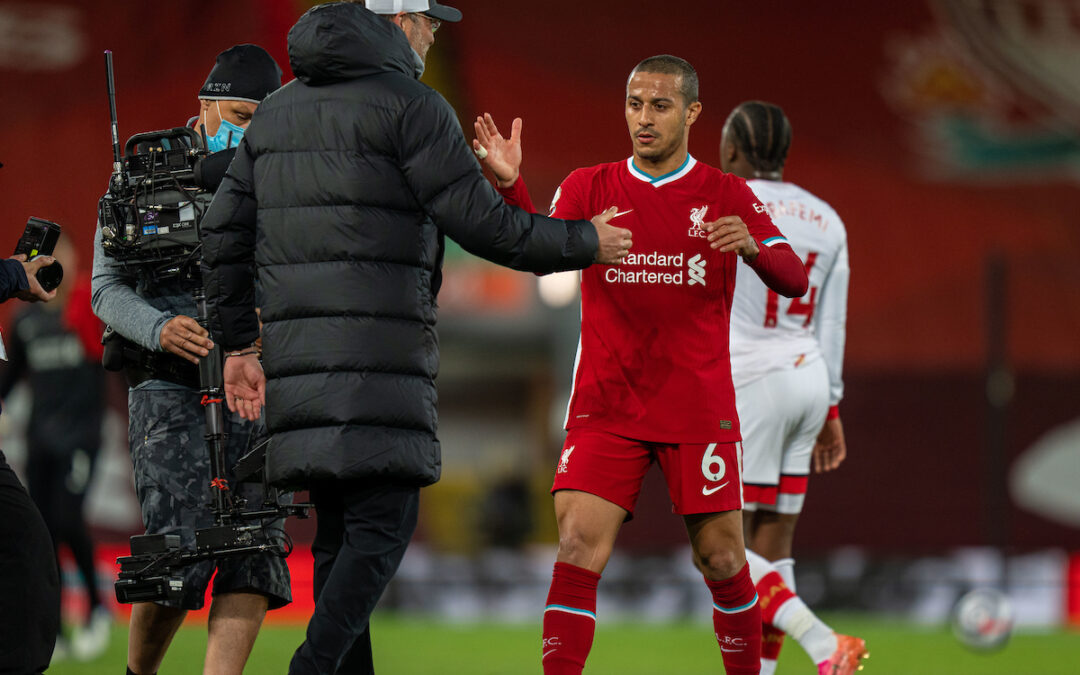 APART from when the commentator said, “that’s a pint of relief for Klopp with a joy top” – that was alright, wasn’t it?

Made loads of good saves, defended really well, and lived to tell the tale after rushing out to Obafemi.

Decent, without being being at his best.

Could have scored with a header in the second half but decided to clear it instead because that’s what he’s programmed to do.

He’s sound you know. Reckon when all this is over we’ll get him in for a pint and he’ll head the Wrap to absolute pieces.

Tried the “maybe a haircut will help” approach but still looked a little nervy at times.

Got it into my head that he looks a bit like that Googlebox kid from Blackpool who has a sister and now I can’t stop thinking about it.

Looked fresh as a daisy and hit the bar with a rare foray into the box.

Should “foray” be used in the match ratings or does it make me sound like one of those perverts who re-enacts the Battle of Hastings with his condiments?

Thought he was having a really good game but was thinking to myself “be good if he impacted the score now and again”.

Then he did, with a decent goal and loads of pointing.

Looked a bit more like his normal self and showed real strength for his goal.

Lovely moment when he danced through the penalty area in the first half. He’s definitely got the quality and he’s doing everything right, apart from the final touch.

Sky did a digital recreation at half time of what Mo could see just before he passed to Mane and I had no fucking idea what I was watching.

I thought I was playing Theme Hospital.

Came on and got an assist.

Came on and didn’t get an assist.

Told me not to send him the match ratings tonight cos he’s gone to North Wales for the day.

Like anyone gives a fuck what part of Wales someone’s gone to.