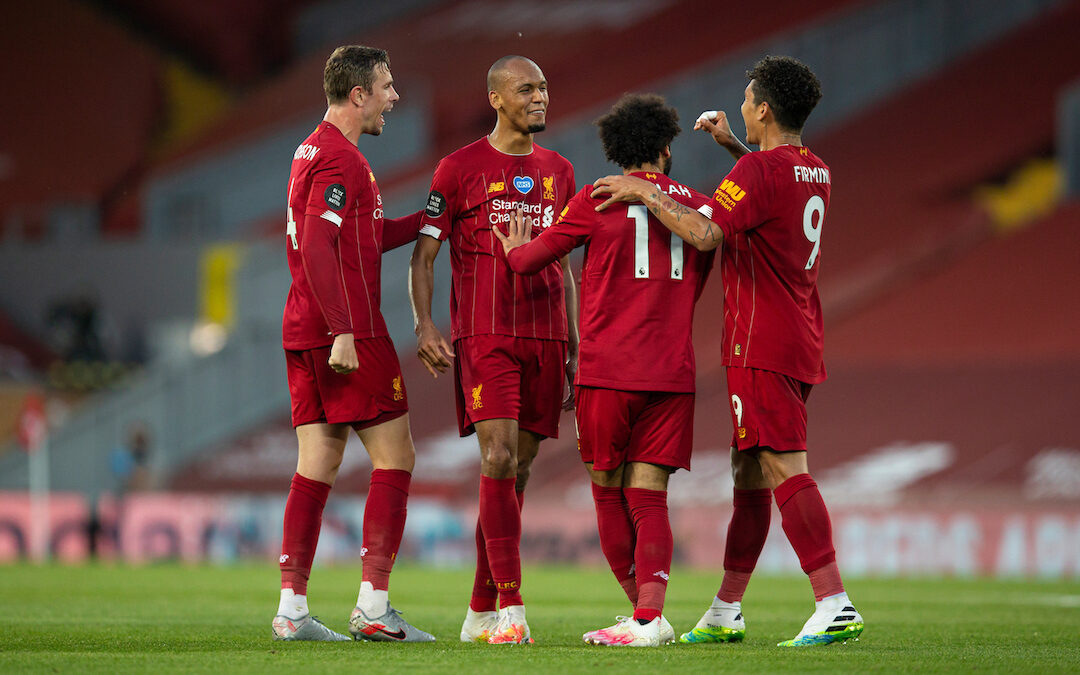 Rob Gutmann’s preview ahead of Liverpool v Crystal Palace at Anfield, with The Reds one win away from a strange season ending in salvation…

THE Reds are back up and running again. Shame that it all has to end now.

There’s work to be done before we turn the lights out and lock up on the strangest season in Liverpool FC history.

If we can beat Crystal Palace on Sunday afternoon and ensure that Anfield will once more rock under those lights on more Champions League nights, then a campaign that has turned so very sour would conclude on a sweet note.

The permutations are such that Liverpool could even fail to vanquish Roy Hodgson’s team and still seal qualification to Europe’s top competition for 2021-22.

There’s something timelessly tense and nerve jangling about having to get a last day result, whatever the context. Back in 2017, Liverpool needed to beat lowly Middlesbrough at Anfield on the season’s final match day to qualify for the Champions League for the first time in a while. The task was not dissimilar to the one 2021’s Reds face on Sunday afternoon.

I recall a stadium living on its nerves for 44 long minutes until Gini Wijnaldum put Liverpool in front, scoring one of the most important goals in modern LFC history. Sunday could well turn out to be Gini’s farewell game for Liverpool. It would be poetic, in a season finishing with a flourish of romantic stories, if Wijnaldum was to bag again.

If ever a stage was busy being readied, it is Anfield for this final curtain call. 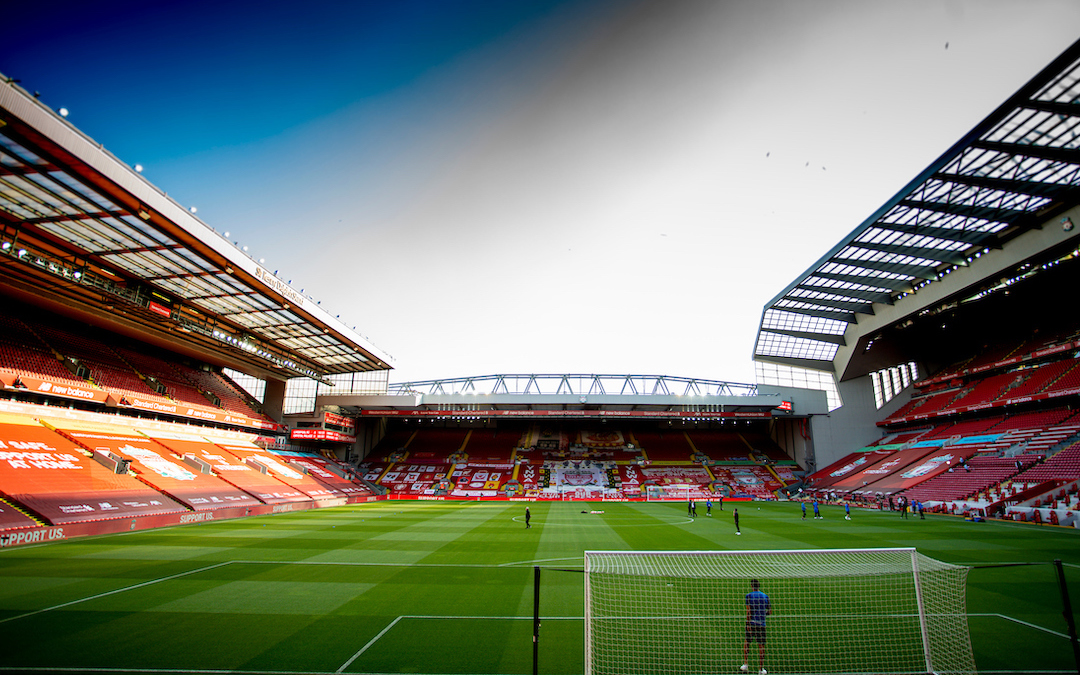 Liverpool bidding to win to qualify for the European Cup. Liverpool fans back in the ground in serious number for the first time in over a year, and since The Reds were crowned Champions last June. Crystal Palace’s veteran boss, and ex Liverpool manager, Roy Hodgson leading a team in a top flight football match for the last time in his long career.

No one competing at Anfield on Sunday will want to leave the contest feeling they’ve let anyone down.

Palace are not exactly in the finest fettle ahead of Hodgson’s last hurrah. They’ve been beaten in five of their last seven outings, but will finish in around 13th position in the table, and that will satisfy their supporters and retiring boss. Having said that, defeat at Anfield could see them tumble by anything up to three positions. An unlikely win might take them to a final placing of 12th.

Liverpool are finishing the season as the country’s form team. We may not have exactly defended the title like Champions but we are definitely finishing the season in the manner of them. Liverpool have seven wins from their past nine Premier League games and an eighth on Sunday would be hugely satisfying on a number of levels.

We haven’t always played our best football over this run but the steely determination, the much-vaunted mentality that was the hallmark of this team, is evident again. Expecting a nerveless performance on Sunday when the stakes are so high feels a lot to ask, but we can now expect The Reds to be at the very least focused and resolute.

The injury crisis that became so acute as to entirely derail all of our main ambitions has not abated and going into the final day, Jurgen Klopp must pick a team without around seven men who would’ve been expected to make his matchday squad – Virgil van Dijk, Jordan Henderson, Diogo Jota, Joe Gomez, Joel Matip, Naby Keita, Ozan Kabak – of whom at least four would’ve started.

The Liverpool boss will have Curtis Jones, Alex Oxlade-Chamberlain and James Milner to choose from if he wants to refreshen his midfield, but Klopp is set to prefer to go again with his current first-choice boys. 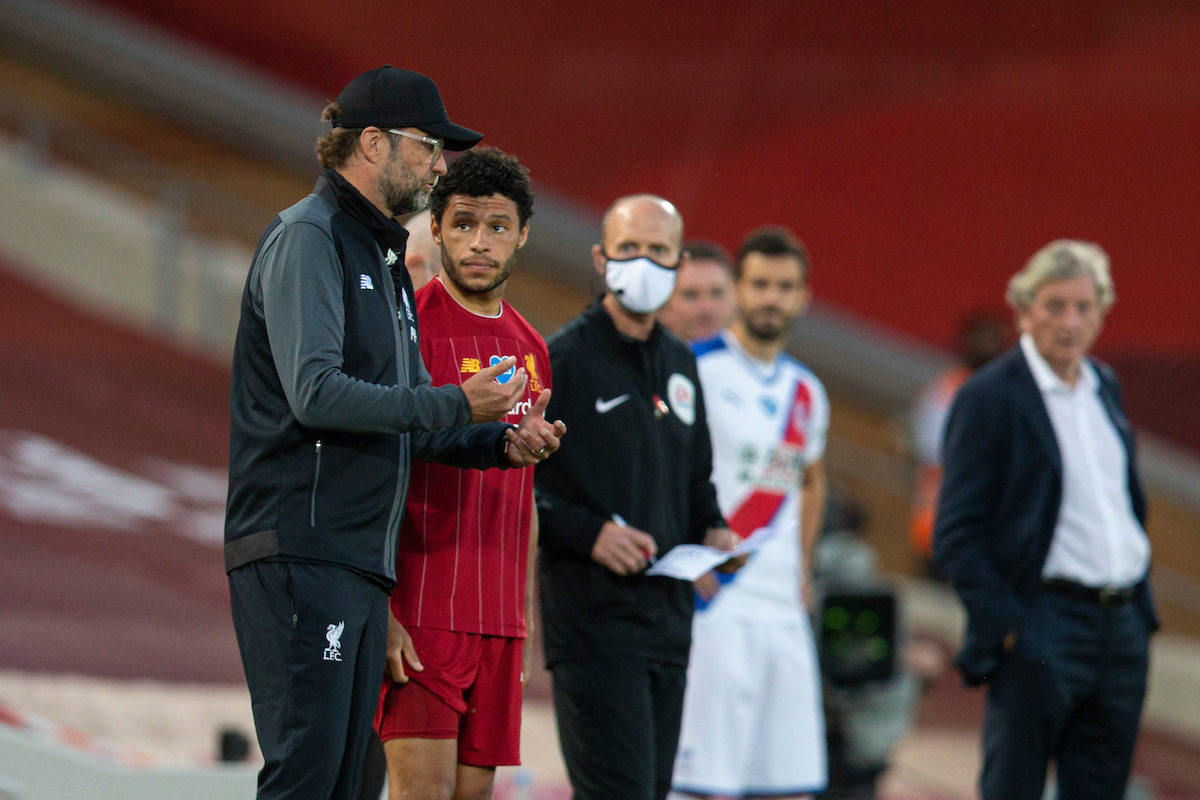 Undoubtedly the likes of Mo Salah, Thiago Alcantara, Fabinho, Trent Alexander-Arnold and Andy Robertson have minutes in their legs having played virtually every game over the course of the recent run, but they are men in form and confidence and adrenalin should be enough to see them sharp enough for the last big push.

Thiago, in particular, is hitting his stride and along with golden boot chasing Mo Salah will not allow his manager to rest him.

Roy Hodgson’s final selection in professional football will also be a compromised one, with plenty of walking wounded in his squad. Christian Benteke is a doubt along with Luka Milivojevic, Tyrick Mitchell and Scott Dann. Mamadou Sakho, James McArthur, Connor Wickham and Nathan Ferguson are definitely out, while Eberechi Eze has suffered a serious Achilles injury and will be sidelined for months.

We are all praying that fate doesn’t have one more cruel twist in its tale for The Reds. Although history will not likely recall the last quarter of this Liverpool season, we may come to see that the rebuild job from the ruin of a campaign that looked so utterly unredeemable as recently as March, as having established a crucial bridgehead from which another era of Liverpool success came to be built.

But let’s not get ahead of ourselves. Beating Palace is our everything for now, and no one should look past the objective in hand until the job is done.

At the very least, Klopp’s Champions will be able to see, smell and hear the real Anfield again. It is hard to envisage a Liverpool team not being lifted by playing for its people after being kept apart for such a long time.