Liverpool 2 Crystal Palace 0: What We Learned 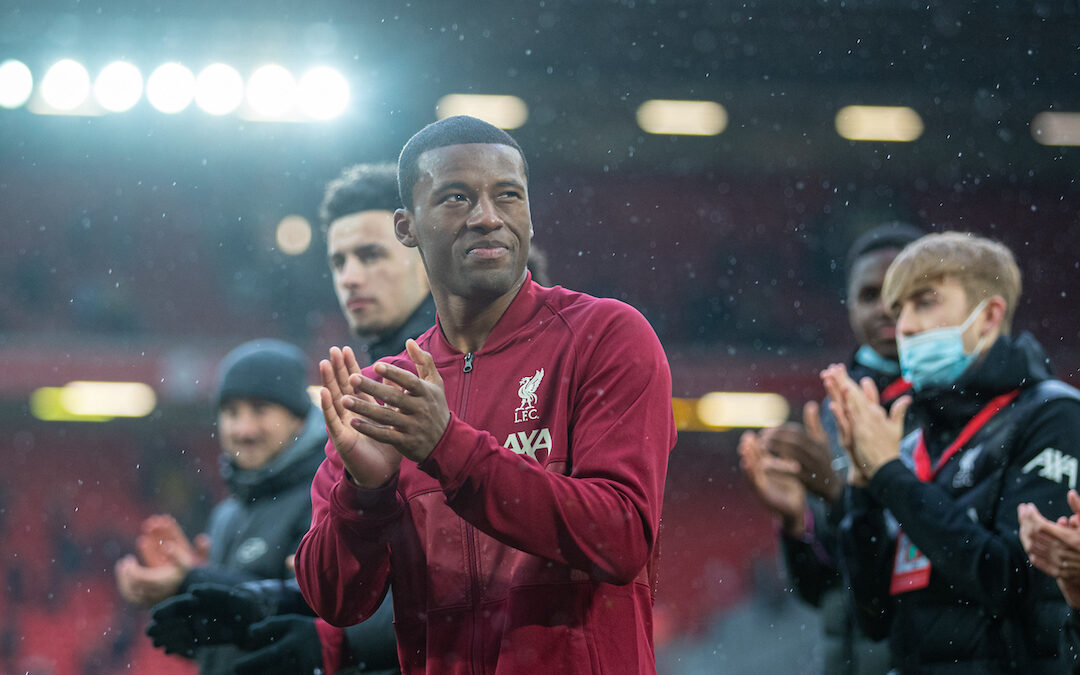 Ben Johnson highlights five things we learned from Liverpool 2 Crystal Palace 0 in the Premier League at Anfield in front of 10,000 fans…

1. Remember the mid season predictions when Everton were finishing above us and qualifying for European Cups and that and the school of science was back?

Genuinely just after they had maimed Virgil van Dijk and broke Thiago Alcantara‘s knee. What fucking happened there then? Hahaha, stupid Bluenose cunts. Funny. The Reds have had genuinely our worst, most depressing, most upsetting, most demoralising season in memory. The worst the world’s ever seen, genuinely harrowing.

Oh look at that… Finished third about 20 points above the Blueshite. Hahahahaha. Carlo Magnifico and that, aye.

What a fella. Honestly, would like to give him a piggy back around town. Gini Wijnaldum. Fancy a bev? See you on Seel Street in about five hours, kid. Anyone saying he won’t be missed might need to go and take themselves for a fucking big swim. He’s been tremendous for The Reds. One of the best. Hero x

What a managerial performance. Honestly up there with winning leagues and European Cups. How, has he took this side, from the depths of losing seven games on the bump at home, in that awful dark midwinter period, to qualifying for the Champions League at ease? Genuinely how? How the fuck?

These Reds and us Reds were on the fucking floor. The season was a fucking show. What a fucking managerial feat dragging these/us cunts off the deck to finish fucking third. Unbelievable. Better than winning leagues, mate.

4. And so The Reds start next year from a pure position of strength…

Sign a few heads, sell some scruffs and fucking twat this league’s head in? Don’t think that is possible? Check your head then because these Reds have just gone fucking 10 wins, two draws or whatever and were the form team in the league before we had our weird, awful, jinxed slump. City won the league with 86 points. We’ve lost leagues with that.

It’s not so much about the team, or their achievements as it is about our relationship with the people we enjoy it with. I’ve watched that game with five of my best mates there. We weren’t in the ground, we were sat around a table together.

The Reds have boxed the outcome and that’s absolutely sound but we are here, half an hour after the final whistle, standing on tables because Female Of The Species is getting blasted. Shining Star by Cast is getting blasted. People are on tables. Fucking cartwheels are getting lashed in.

This thing of ours, that we love so much, is ultimately just an excuse to spend time with our mates. These mates of ours. What a fucking world.

Up the fucking Reds, aye?

“THEY’VE DONE IT! The Reds have done exactly what you wanted, and fuck those other shithouses!

This is about a Premier League and Champions League challenge next season now!”

Subscribe for the best reaction and celebrations on audio and video now 👇https://t.co/oaOWcUzrlr pic.twitter.com/TEl9PZeTtF