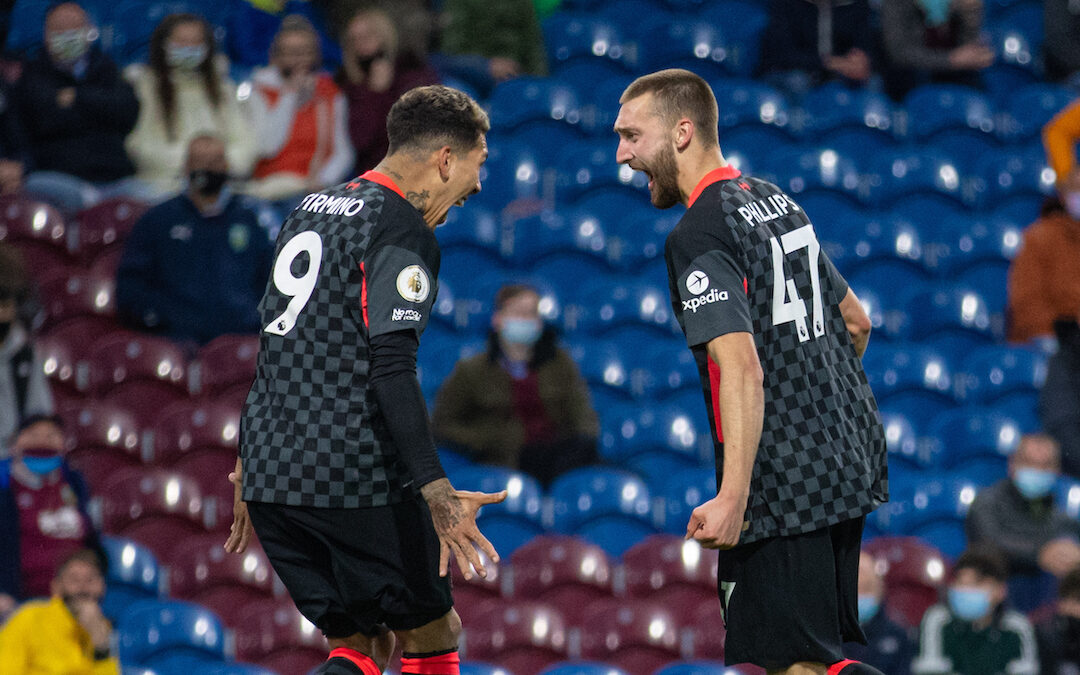 Martin Fitzgerald offers up his player ratings after Burnley 0 Liverpool 3 in the Premier League, with The Reds closing in on top four…

TOP four looked unlikely, if not impossible, a few weeks ago but now all we need to do is win against a side managed by an owl who‘s into Philip Roth.

Anyone’ll tell you they would settle for that at the start of the season.

Made loads of saves and somehow resisted the urge to go up for every corner.

Saw some program on BT Pervert last night where a bunch of ex-players, mostly wearing roll-necks, were discussing whether Trent should be in the Euros squad or not.

And that’s the issue with Beatniks – it’s all “ban the bomb, do fuck all for a living and Reece James might be a better option at right back.”

Kept losing the flight of the ball but then kept redeeming himself once he found it.

Having a tremendous little run. Made up for him.

Let’s be honest – The “Nat Phillips is great” shout started out as mostly a pisstake but it turns out he might actually be great after all.

Heads the ball in the net, heads one off the line and heads pretty much everything else that came to his attention.

Man of the match in a team of superstars and definitely the Liverpool player who would survive the longest in the first 25 minutes of Saving Private Ryan.

Missed a “one on one” in the first half but is very much peaking with one game to go.

It’s testament to how well everyone else is playing that you hardly noticed him tonight.

Got himself an assist for big Nat’s goal which, as assists go, must be up there.

There’s something that The Kop wants you to know.

Missed a few chances but it’s nice not to rely on him for a change.

Everyone, even Mo, but especially me, earns the right to go to work and do fuck all sometimes.

Gets to minute 18 in the opening scene of Saving Private Ryan before realising it’s not the War of the Roses.

Definitely sent from the future, Terminator style, to be a a really good lino so Papillon in Stockley Park doesn’t end up ruling the world.

Bet she parks in that spot that every cunt drives past and says “fuck that”.

Bet she can get out of any snooker.

Bet she always stays on the 20 on her third throw and thinks dropping down to 19 is for mingebags.

“If Nat Phillips does leave in the summer he leaves with a lot of a credit in the bank and a great moment with the goal. He’s been doubted and questioned but I’m made up for him tonight.”