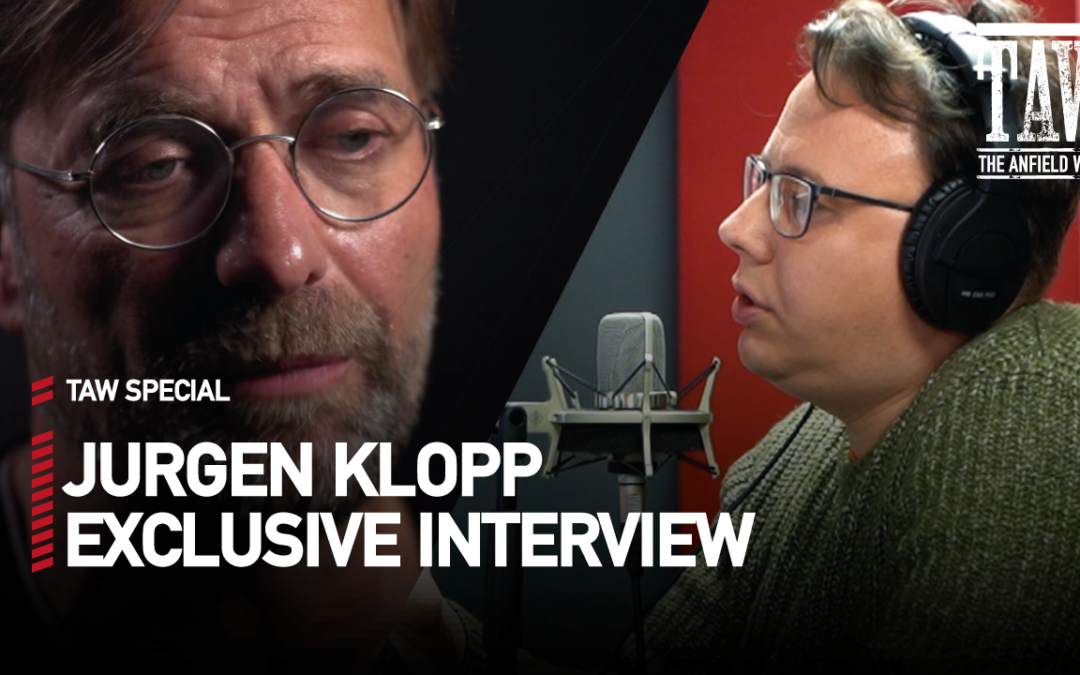 The Anfield Wrap’s interview with Liverpool FC manager Jurgen Klopp discussing a strange 2021 season, the absence of supporters and more…

Neil Atkinson hosted and he says: ‘As ever it was a pleasure and a privilege to interview the manager.

Before it started Virgil van Dijk crashed it and asked me what the hardest question I’d ask the gaffer would be. He said “you have your questions written down, which one is the hardest?”

It was a discombobulating experience to be quite honest with you in that you are prepping for one Liverpool legend and then get another one.

Far be it from me to argue with the finest centre back of his generation but I don’t really have a list of questions. I have a set of themes that I think about *all the time* and then every now and again get to explore them with Jurgen Klopp.

So that’s what we did. There’s the business end interview. I don’t have to do that. A lot of other people do it and do it far better than I would all the time. Instead I do the “what do you reckon about this, then?” interview. The meandering interview. As ever he is thoughtful and great company.

It was a lot of fun and will be out later today. Just a chat. He fancies us for the game against United. Which is good to know.

Lastly, the manager said something that he has said to me before early on that makes me a bit sad. That he can’t really go out much under normal circumstances. There are no significant differences for him. That’s a shame and one I always want to find a way to address. #JurgenToTown2021. Will go away and have a think about it.

Hope you like it. Listen to it in a bit.’