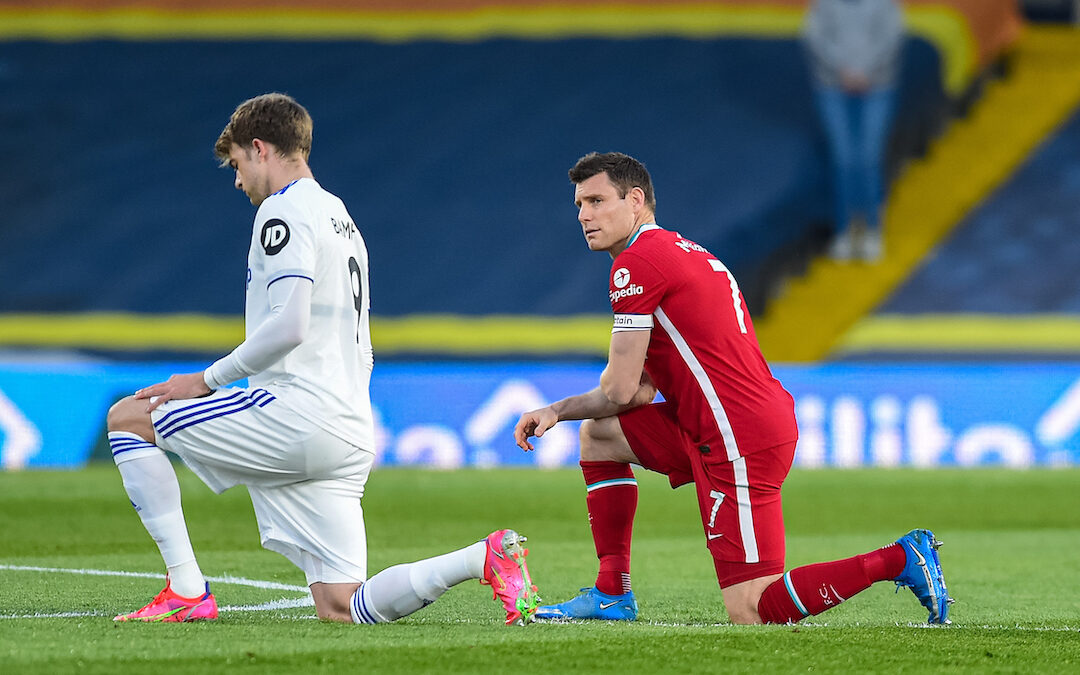 YOU’VE got to hand it to these big six cunts…

They’ve actually got together and contrived to make football even worse in the future than it’s been during a global pandemic with no fans, no atmosphere, and plenty of VAR.

His best game for a while and pulled off a series of decent saves, notably from Bamford in the first half and Harrison in the second.

Could he have come for the corner? Yeah, maybe he could.

Does well to break the lines for the goal but has a poor second half where he’s shaky defensively and offered little going forward.

Like all the players, particularly at his age, he’s probably wondering what the ramifications of all this are for his career – both domestically and internationally. 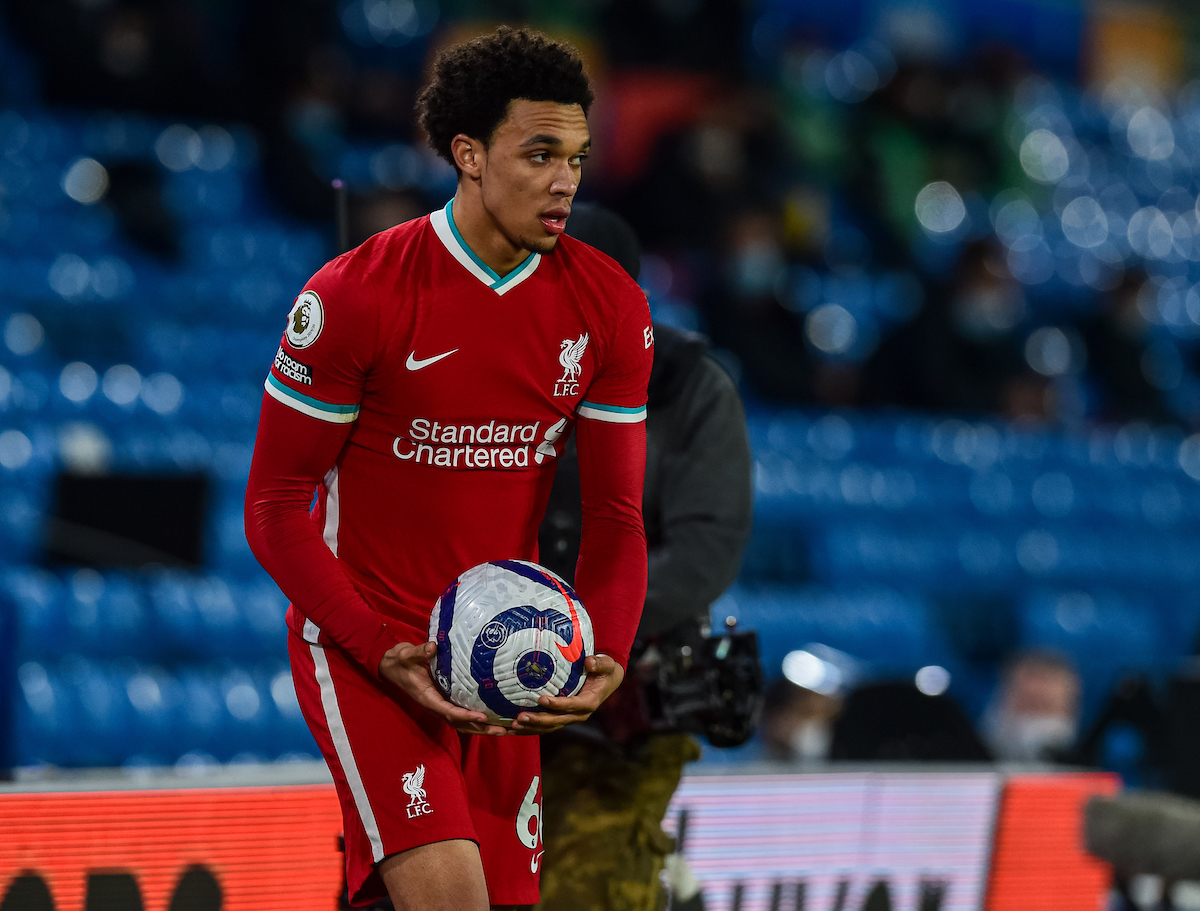 Presents Bamford with his chance in the first half but otherwise does OK, whilst Nat Phillips got off to form a Super League of fellas with big heads.

Maybe could have been stronger for the goal but was generally decent and continues to show signs of improvement.

Got forward well and provided most of our energy tonight. Still lacking a bit of quality in the final third but isn’t everyone? 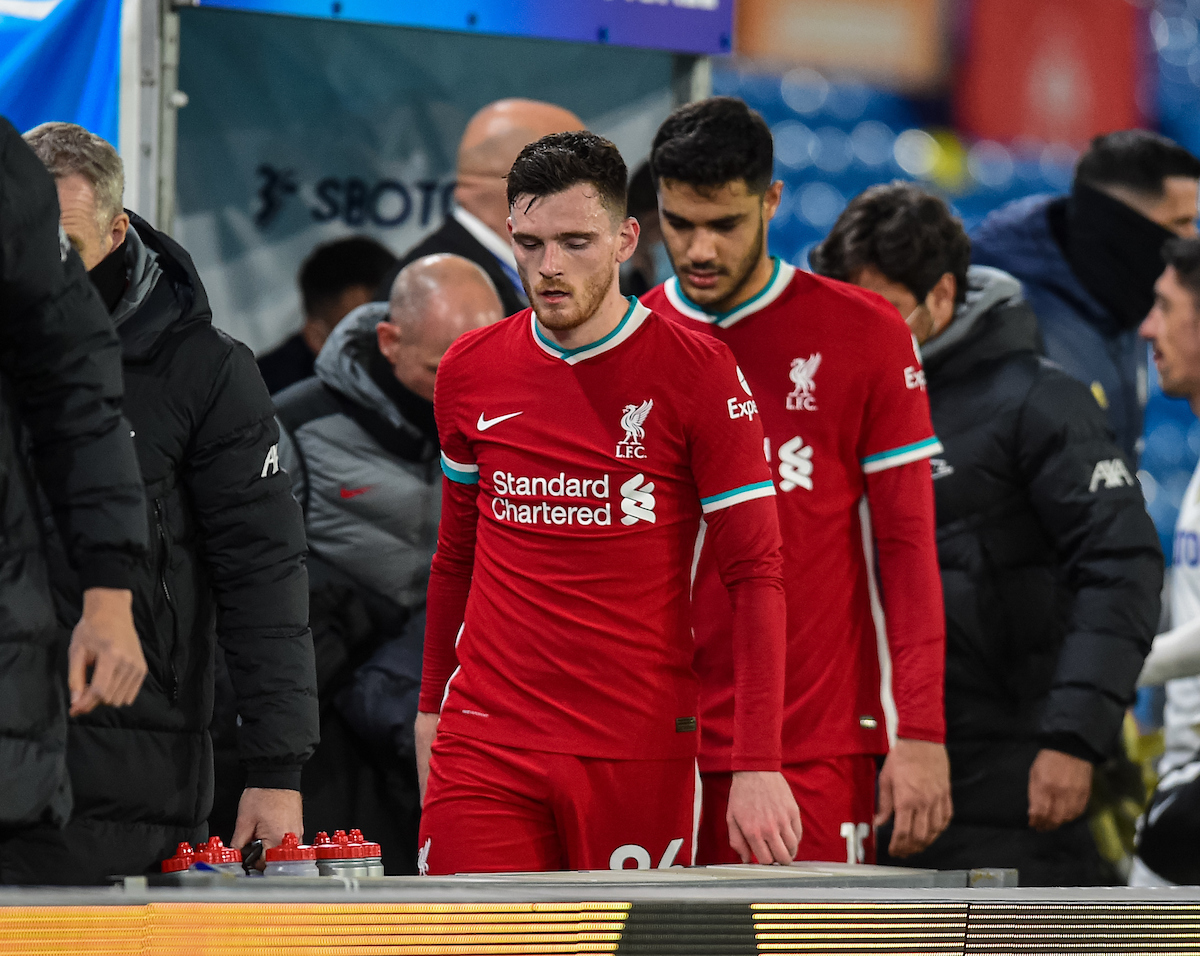 The pick of the midfield and as shocked as anyone to see Leeds take the moral high ground.

Neither here nor there really. Goes from looking world class when we’re winning to bang average when we’re not.

Had little impact on the game and somehow never got booked. 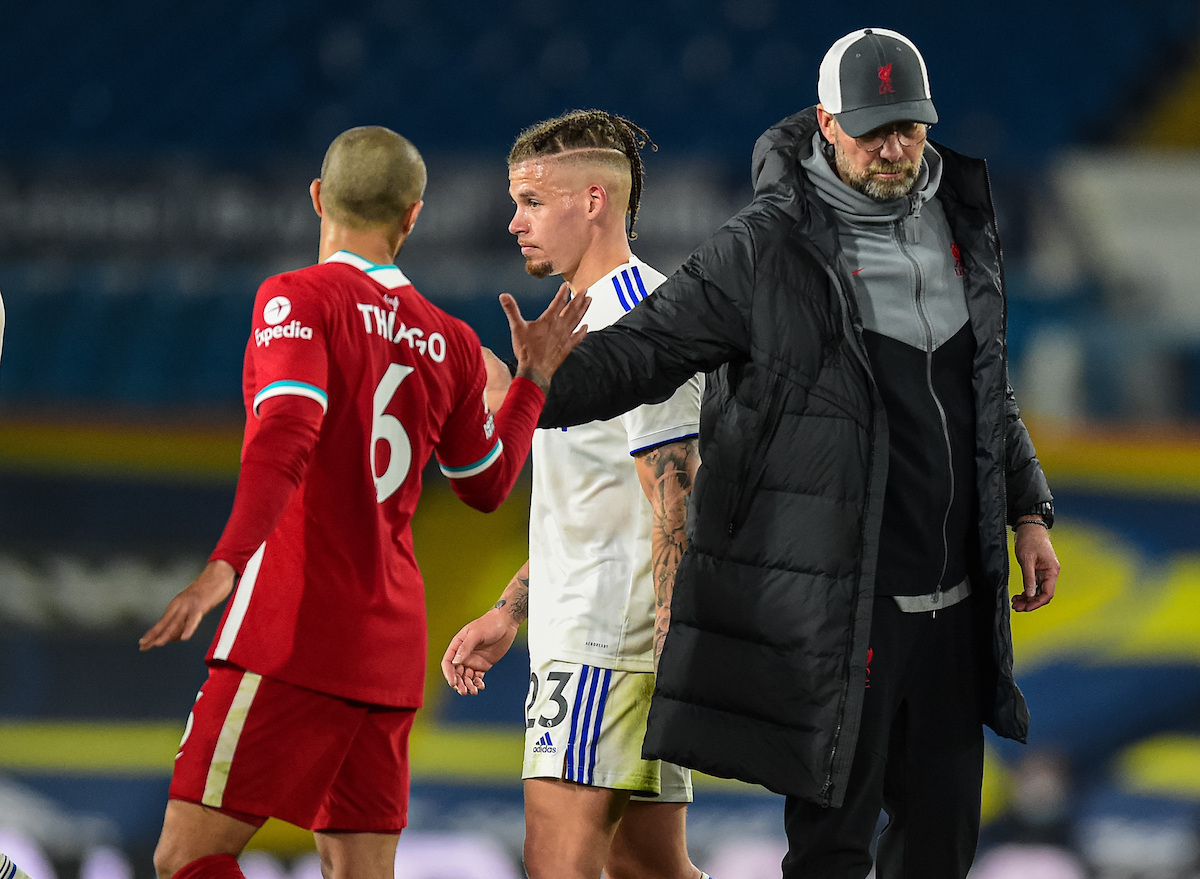 Great ball for Trent for the opener and looked lively without forcing their keeper into action. Should do better with the header in the second half, like score.

Largely on the periphery but manages a great turn right at the end only to play in Oxo Chambo who obviously missed.

Gets his goal but still looks miles off it. 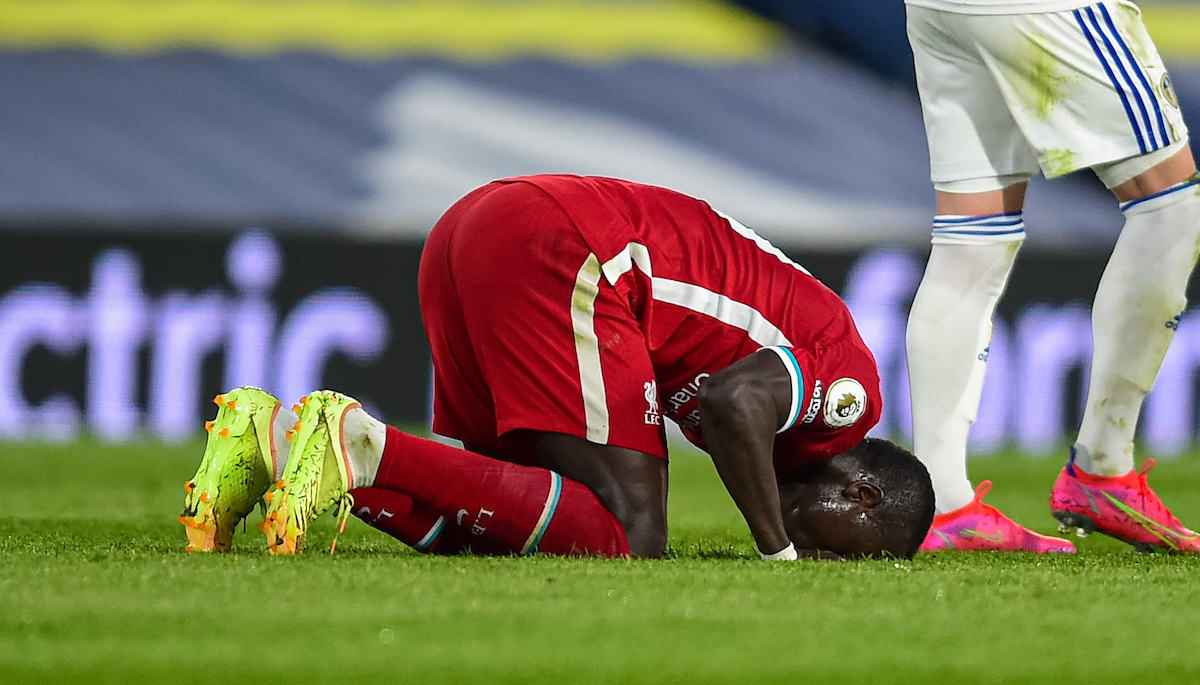 Bright but should do better with his chance.

Dull but should do better with his chance.

They made that harder for everyone in a red shirt tonight which is literally the opposite of what they’re here to do.