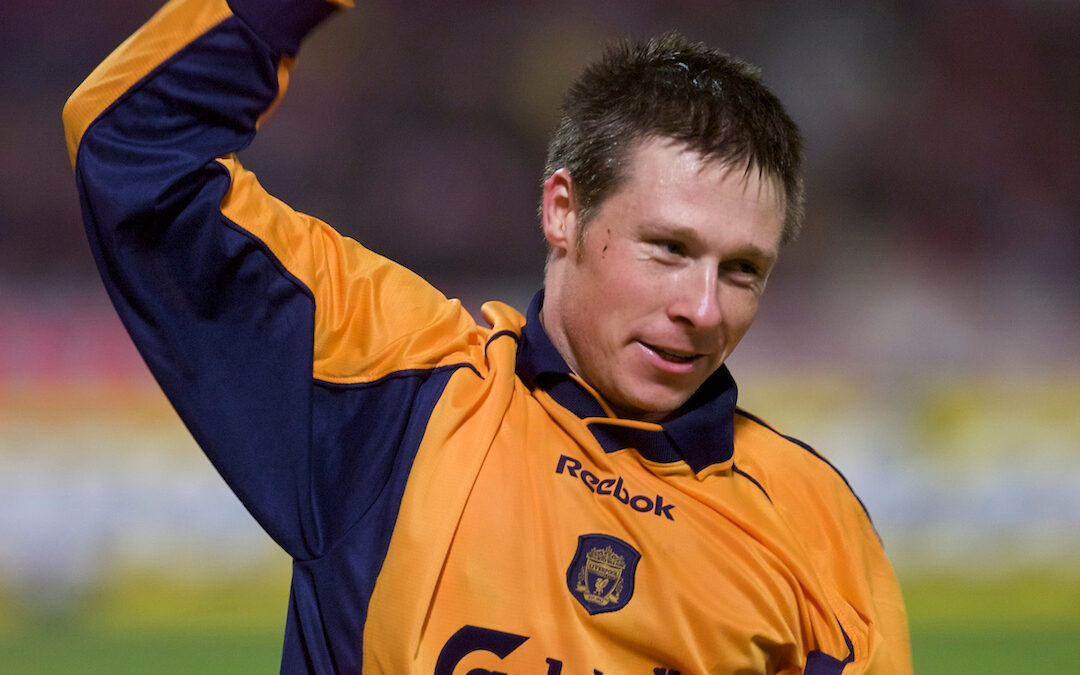 From LFCHistory.net: “Nick Barmby made a courageous decision to move across Stanley Park, the first player since Dave Hickson in 1959 to be transferred from Everton to Liverpool.

“He made a powerful start to his career and seemed quite a useful addition on the left side of midfield. His magnificent goal after 12 minutes against Everton at Anfield made him an instant hero and the songs “He’s red, he’s white, he’s fucking dynamite echoed around Liverpool, silencing Everton’s Judas chants.

“In his debut season, Liverpool were victorious in three cup competitions, but Barmby only featured in the League Cup final as he struggled with injuries as the campaign drew to a close. Barmby had to settle for a place on the bench in the UEFA Cup final, having scored in three consecutive European away games en route to Dortmund and missed the FA Cup final after participating in five earlier rounds.

“The Nick Barmby who turned out for Liverpool in his second season struggled to say the least to make an impression. Liverpool accepted Sunderland’s bid for him in October 2001, but Barmby persevered and refused to leave. The writing was, however, on the wall and Leeds was Barmby’s next destination in his much-travelled career.”