Mo Salah: Liverpool’s Shining Light In A Season Of Lows 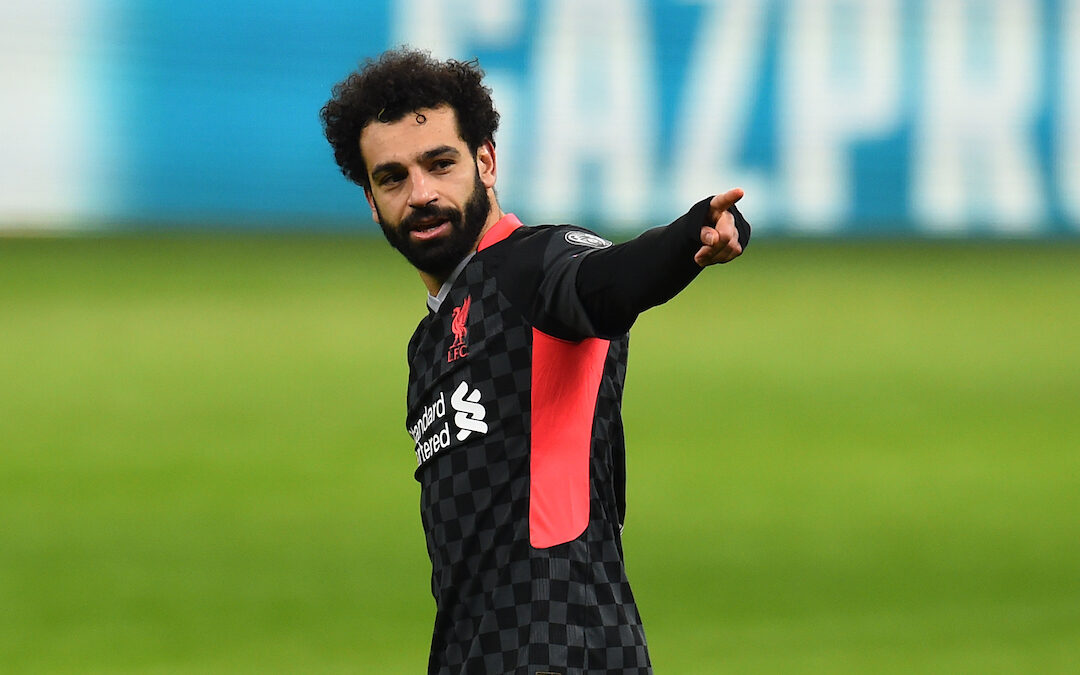 Despite Liverpool struggles at times this season, Leanne Prescott writes that Mo Salah has once again proven to be one of The Reds leading lights…

TAKE a minute to stop. To pause and reflect.

There are moments when football makes you take stock. A truly gifted player walks through the door and makes you appreciate what you have; what you get to witness.

When Mohamed Salah first arrived at Liverpool, few expected it would be him. A man cast aside at Chelsea, seemingly unable to deal with the physicality and rigour of the Premier League, but whose performances at Roma emphasised his talent.

To achieve what he did in his first season at Anfield was impressive. To do so again proved he was special. To have kept up such unprecedented levels since, generational.

There’s a reason the words ‘only Mo Salah’ appear before most stats these days.

The scorer of headers and penalties, tap ins and screamers, rounding off electric counter attacks or dinking it beyond the goalkeeper. He’s now scored 20+ goals in 4 consecutive seasons for the club. The last player to do so? Ian Rush.

While this level of performance is now commonplace, the magnitude of what the Egyptian is doing shouldn’t be taken for granted. Every time you think he couldn’t get any better, he finds another gear. 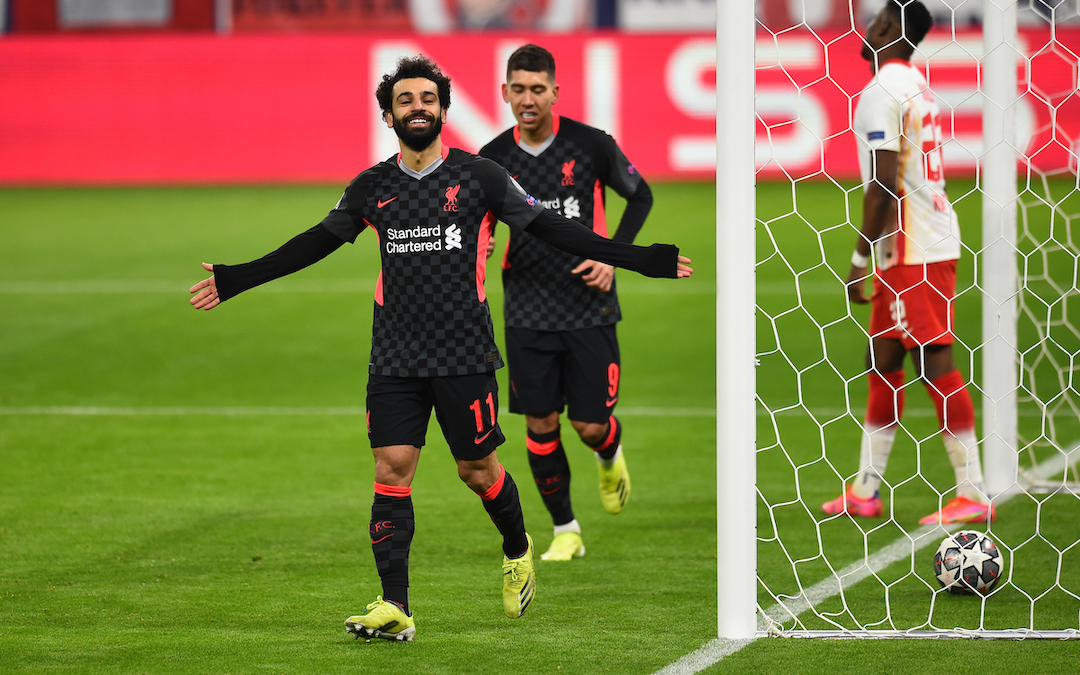 This season, even in the midst of the Reds’ dip in form, he is no different.

His second on the opening day against Leeds, a perfectly struck volley into the top corner paved the way.

So too, an instinctive strike in the Merseyside Derby at Goodison while his second against West Ham will go down as a contender for goal of the season; a 14-second move from inside his own penalty area to nudging the ball beyond Lukasz Fabianski.

Tuesday’s measured and authoritative Champions League performance felt like a potential watershed moment for the season, and just days after his promise to ‘fight like champions’, here he was once again at the heart of it all.

The moment he got possession, capitalising on a mistake in the Leipzig defence, you knew where the ball was headed. Marcel Sabitzer knew it, too.

To have scored his 118th goal for Liverpool, as many as Ian St John in joint-13th in the club’s all-time scorers chart, but in 239 games fewer, is phenomenal. Just 13 more and he’ll enter the top 10.

There are those that label him selfish in his search for goals, but show me a world-class goalscorer that isn’t. Are there occasions when he should pass instead of shoot? Of course. But this is a player who continually pulls off the impossible. 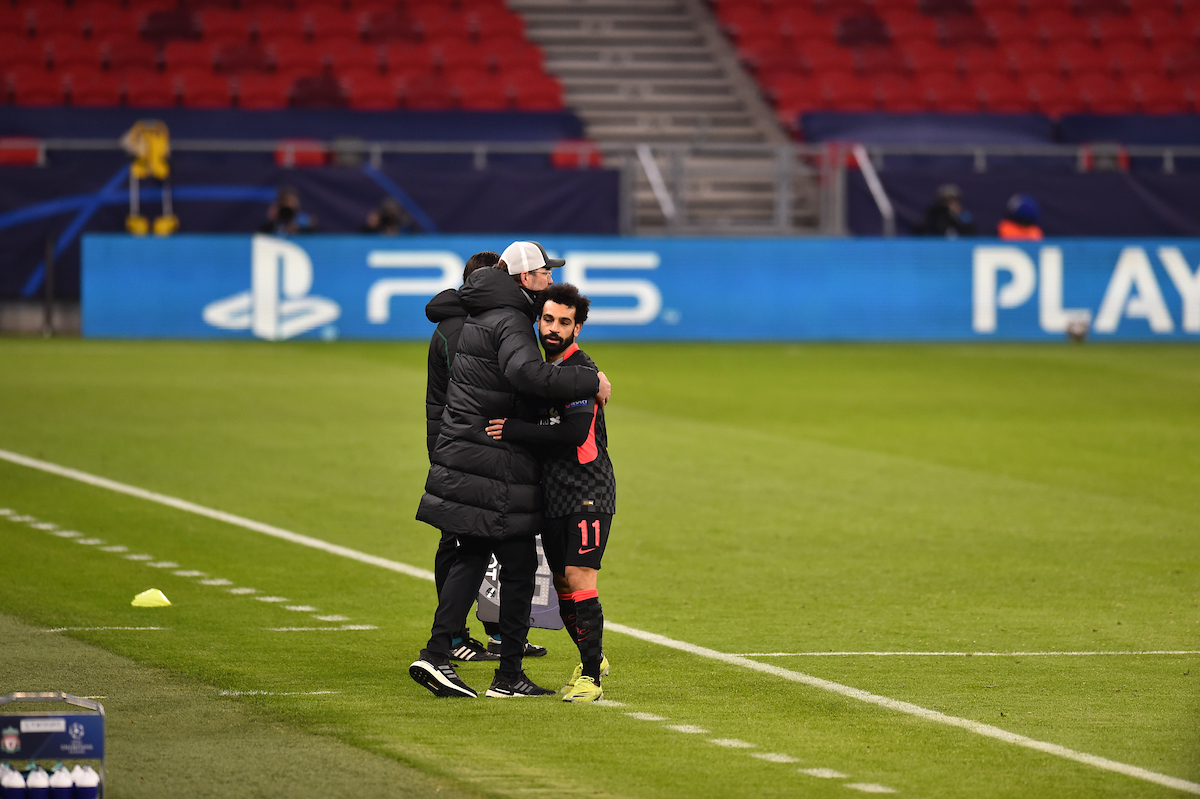 Since joining in July 2017, Salah has looked like a man possessed. His tally of 24 goals in all competitions so far this season is more than he managed in the whole of 2019-20.

His level of consistency is unprecedented. His skill unrivalled. His influence ubiquitous. A world-class footballer, one of the best we have seen, or will ever see, taking on responsibility and grabbing games by the scruff of the neck.

Make no mistake, what Mohamed Salah has achieved at Liverpool is phenomenal. Stop. Reflect. Marvel at what you are witnessing.

This is a man writing his own story and there are still more chapters to write.

Oh, to be back in a packed out Anfield to adorn our Egyptian King.

There’ll be a special place reserved in the club’s history for him.