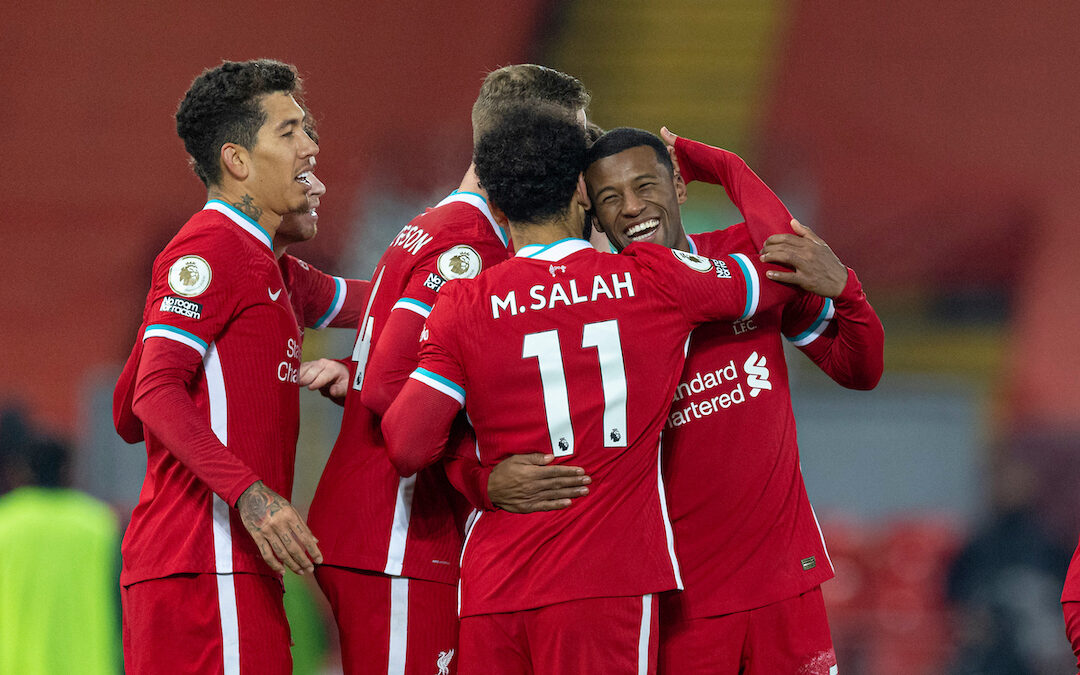 John Gibbons is joined by Lizzi Doyle, Dan Austin and Siobhan Biggane for our immediate post-match reaction podcast to Liverpool’s 4-0 win against Wolves in the Premier League…

“Both the mens’ and womens’ teams today have both won 4-0 today, both in front of supporters… And I don’t think it’s any coincidence really that today that it’s resounding results because they have been looking forward to this, I’m sure they would have been buzzing all week having supporters back.” – John Gibbons

“It was dead overwhelming to see fans back in, and it was just the performance they deserved really. Everyone’s waited so long and we spoke about this being almost like your first match – you going back again – and you’ve seen something really worthy of seeing.” – Siobhan Biggane

“Just looking and seeing those people there, and you know we know a few people over [at Anfield] and I’m just so happy they got to experience that. I said that I had a little ache in my heart, but it was of happiness – not sadness. We’re some of the luckiest people in Liverpool to have the opportunity to go to some of these games and I’ll never take that for granted again… It just felt so special.” – Lizzi Doyle

“It was just lovely to see people back in there, it was lovely to see the reds play so well. I was doing all right with it all until the Jurgen fist pumps, and the players all going over to the crowd… It meant so much to have our fans back in” – John Gibbons

“You get to see why they’re the Champions. Their movement, their honesty on and off the ball… I’m made up to be back here tonight, and I just hope everyone else gets to do the same over the weeks and months, and we all get back to being in there together.” – Dan Austin