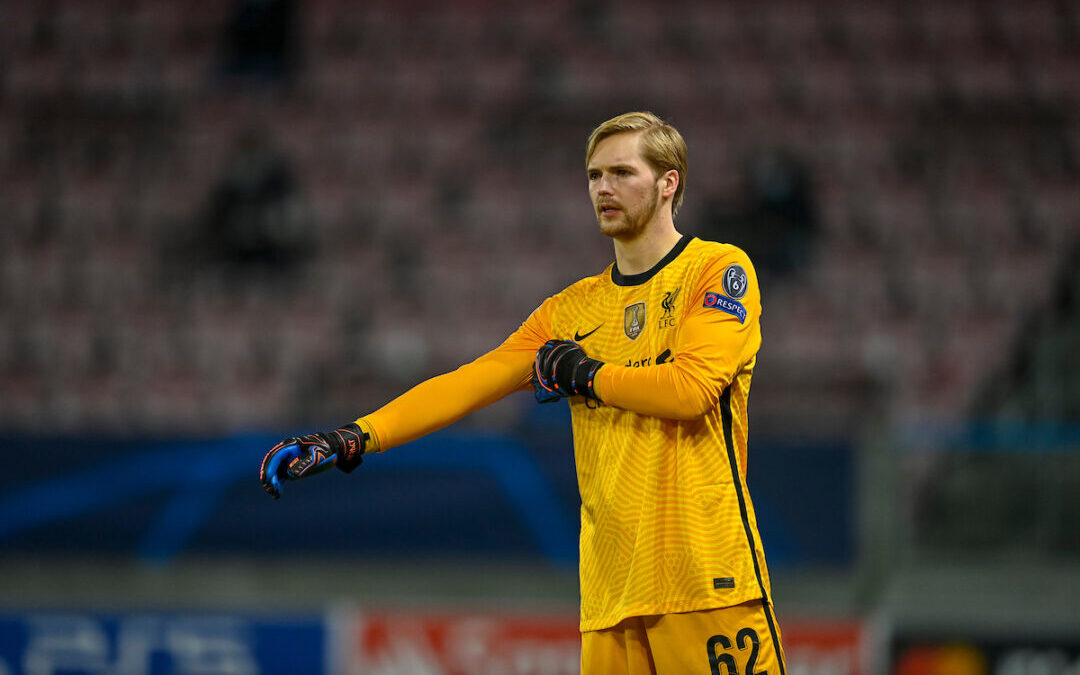 Alisson Becker’s absence has previously been a big concern for Liverpool supporters, but Leanne Prescott writes that Caoimhin Kelleher has earned our trust…

ONE of the best things about football is the way it produces the most unlikely of heroes.

The story of the underdog. The player returning from the cold. The freneticism of a historic turnaround.

It is one of the things that makes sports so special.

From signing Adam Bogdan, to Georginio Wijnaldum morphing into a centre forward against Barcelona, to Divock Origi’s clincher in Madrid, to Fabinho and Joel Matip underpinning Liverpool’s title defence to date, it’s sometimes nigh on impossible to read the script.

Last season, the list would have also included Adrian, given his cameo in the Super Cup win, but he has since been eclipsed by a 22-year-old from Ireland in a tale that epitomises this season. 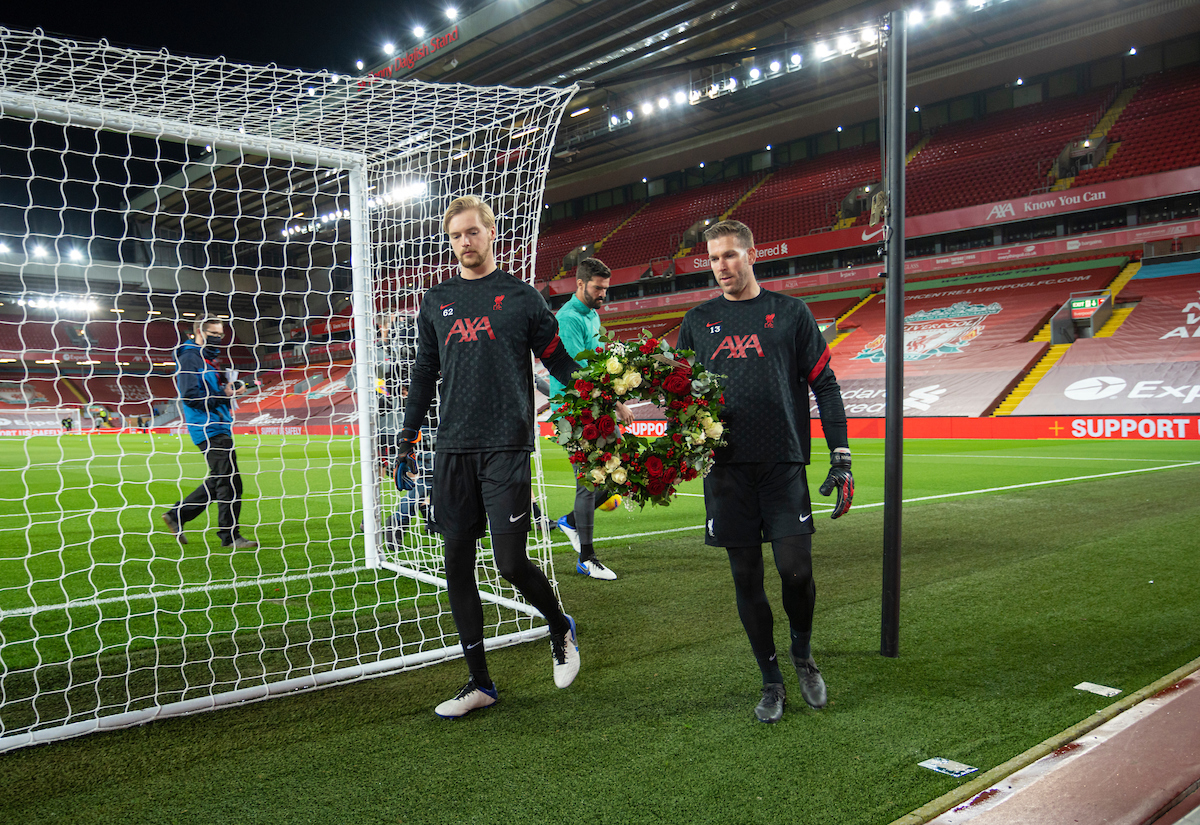 Indeed, in the midst of an injury crisis, Liverpool’s heroes have come in the form of the young blood, who have stepped up admirably, bedding in where necessary to stay level on points with Tottenham at the top of the Premier League while guaranteeing a place in the knockout stages of the Champions League with a game to spare.

Albeit only mere months into the campaign, there will be few better stories this season than Caoimhin Kelleher, another academy success story and unlikely debutant after Alisson Becker’s hamstring issue.

A composed, self-assured goalkeeper, the Irishman has been instrumental in recent games, contributing heavily to the club’s success and delivering exactly what you want from your stand-in keeper. It is testament to his efforts that the usual trepidation over Alisson’s absence has been muted.

Goalkeepers need to be alert, well positioned and able to read the danger. Kelleher has shown all three in spades, becoming the second-youngest goalkeeper in the club’s history to keep a clean sheet on his league debut.

A striker at 14 for his youth team, he epitomises the evolution of the goalkeeper role over the last two decades, developing from a shot stopper into an all-round ball player; a proactive member of the team whose distribution facilitates attacking moves and aggressive positioning helps sweep up at the back. 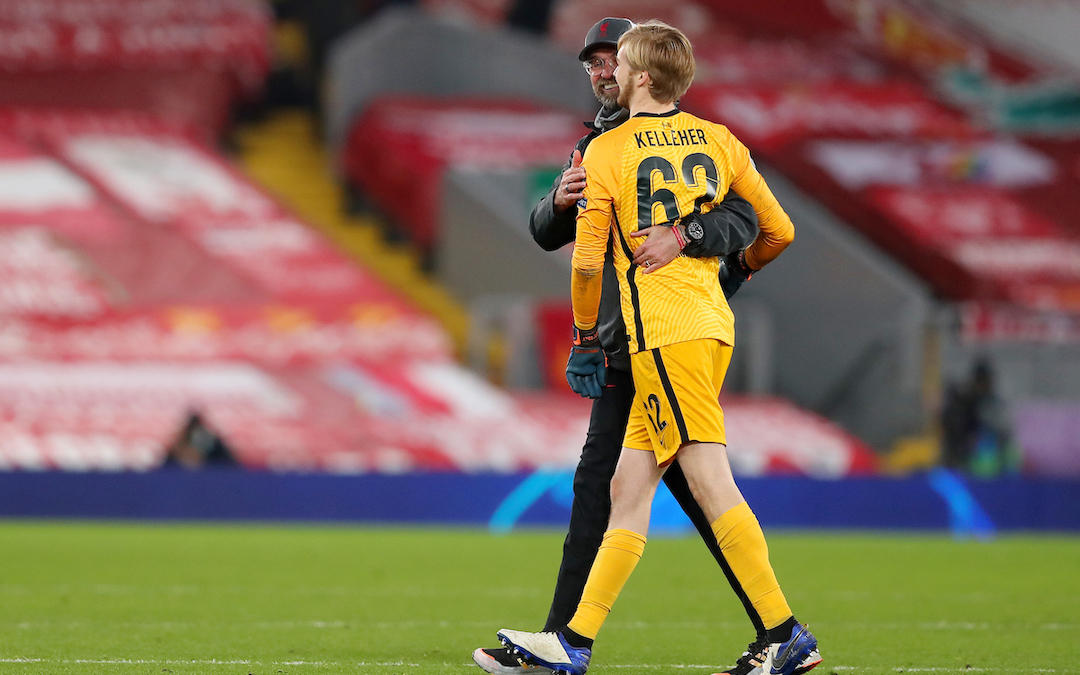 Indeed, he does the simple things very well, avoiding the limelight and exuding confidence despite his tender years. Doing so is a stark contrast to Adrian who, like Loris Karius before him, has often failed to exude any semblance of control.

Featuring in the defeat at Villa Park earlier in the season, the Spaniard’s unpredictability culminated in a sense of panic across the defensive line, while Kelleher appears far more suited to a Klopp team; a cool head and decisive influence seemingly unfazed by the occasion.

Albeit conceding a penalty against Midtylland, it was nothing more than a minor blemish in a week that started with him as the club’s third-choice goalkeeper but ended with him convincingly making the number two position his own.

Finding a deputy to the best goalkeeper in the world is never easy but the ease with which Caoimhin Kelleher has approached the task deserves immense credit.

So here’s to Qwe-veen, our latest unlikely hero.

“Kelleher seems so confident on the ball, used it really well…didn’t do anything weird.”

“You look at some of our first team keepers down the years and you’d settle for that – don’t do anything weird!”