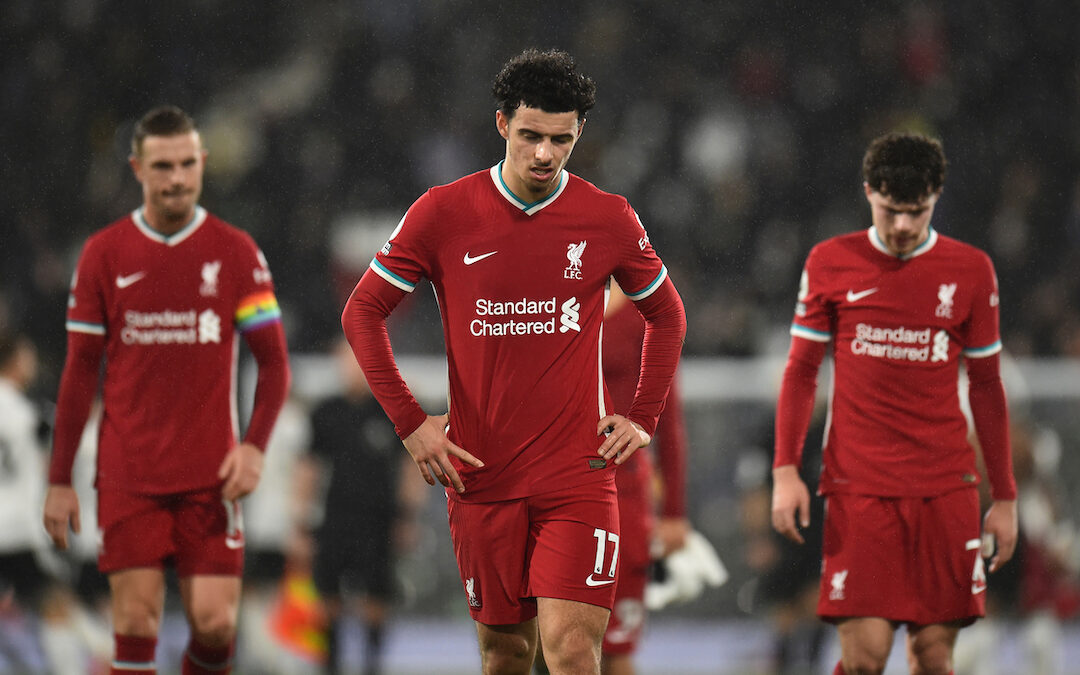 John Gibbons is joined by Andy Heaton, Ben Johnson and Phil Blundell for our immediate post-match reaction podcast to Liverpool’s 1-1 draw with Fulham in the Premier League…

“I’m actually quite relieved with a point because that’s how dreadful we were.” – John Gibbons

“They were poor for the vast majority of the game, we played well in little fits and starts – 10 minutes first half, maybe 15-20 minutes second half. I think it’s just disappointing – you look at the side that gets put out and you see nothing but a Liverpool win… What transpires in front of you is just a horror show first half, they were abject, for half an hour they were dreadful.” – Ben Johnson

“I watched the game midweek against Midjytlland thinking ‘that’s fine because Trent’s probably not going to start – he’s rotating, [Klopp’s] not gonna play Salah, he’s rotating…’ and then you look at the starting lineup [against Fulham] and you think what was the point of any of that the other day? Trent looked fucked tonight. Goosed. But he’s got 100 minutes in his legs the other day. I dunno, it was just a tough one to take. There’s not a great deal of positives to take from it except that we didn’t get beat.” – Ben Johnson