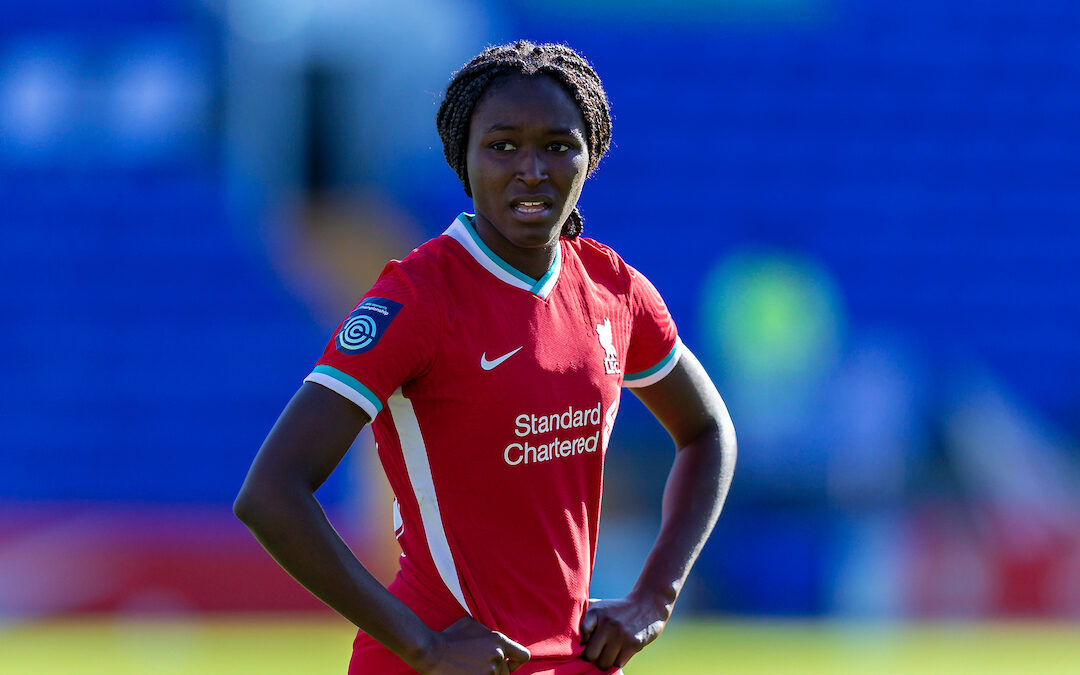 Neil Atkinson is joined by Emma Sanders and John Gibbons to react to Liverpool Women’s 3-0 defeat to Manchester City Women at Prenton Park.

After being put under a lot of early pressure from Man City, Liverpool were defending well but were struggling to take control of the ball.

Man City then took the lead after an outstanding goal from Laura Coombs, though Liverpool will have felt slightly unlucky to have been behind after putting in a solid defensive shift for the best part of the first half.

Man City then doubled their lead after a pass from former Liverpool player Lucy Bronze found Rose Lavelle unmarked in the box and the American fired home with ease.

Man City rounded off their win over Liverpool with a third goal in injury time as Jess Park scored at the back post.

Despite defeat, there were lots of positives for Liverpool to take from the game against a well-drilled Man City side.

(Report with thanks to Caoimhe O’Neill @CaoimheSport and @LiverpoolFCW on Twitter.)