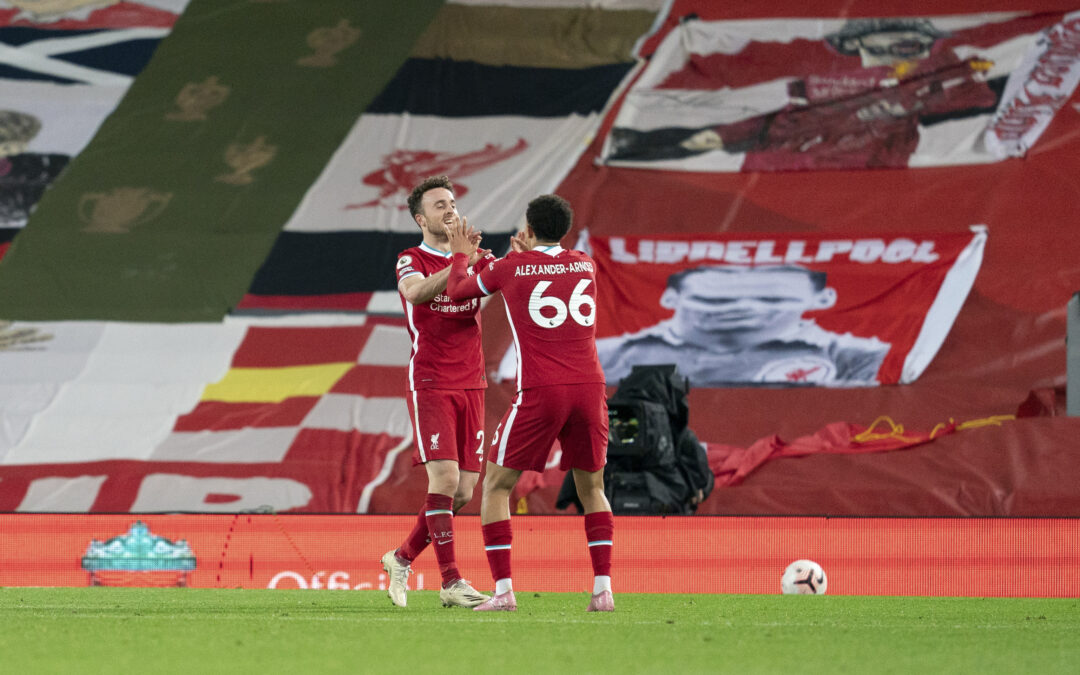 That loon they’ve got locked in solitary confinement in Stockley Park tried to fuck us again but the boys weren’t having it.

He’s gone mad, that one. Fucking Papillon sitting there with a massive beard trying to ruin my life with his weird eyes.

Also, that fella on the commentary who kept saying Fabinho only got part of the ball? Look at the ball mate, it’s only got one part.

Declared himself fit after five minutes of watching the Ajax game: Told the doctors to fuck off, didn’t need them. Came in, looked fit, didn’t start a fight with his centre backs. He’ll do for me.

Back to something near his best tonight. Nearly scored from Lime Street in the first half just to see if VAR would have ruled it offside and generally offered more going forward. More than anyone else, I think he’s the key to this side.

Unlucky to give away the penalty because, you know, he got the ball and the tackle was outside the penalty area, but he recovered well and was solid for the rest of the game.

Did well I thought, growing into the season. Loads of mad stuff happening around him this season, like playing against a bloke called Oliver Burke who has obviously time travelled from the 1920s, but nothing seems to bother him.

I think he’s quietly in the form of his life, you know. Drove us forward all night and his passing was exceptional. Full of confidence, bordering on arrogance.

Often found himself as the midfield one and worked his head off trying to cut passing lanes and break up play. Great performance, one for the heads.

Thought his presence confused the system in the first half and he was lucky not to give away a penalty, because he got nowhere near the ball and was definitely in the penalty area. Papillon missed that though, probably banging his head against the wall or something. Popped up for the winner though (Jota, not Papillon) and then wrapped his leg in cling film like he was gonna have it for his packed lunch tomorrow. Fair play to him.

Not at his absolute best but took a load of stopping all night and his cross for the winner is brilliant.

Played the false Bobby F position. No one knew where he was. Where’s Bobby? Who’s this Portuguese fella with the typo on his shirt running around in his place? Then he popped up and pure Bobby’d it in the net. Made up for him.

Two moments of absolute brilliance – one ruled offside and one denied by the post. On another night he scores two of the best goals of the season there.

Lost the ball at one point and I thought Alisson was gonna kill him.