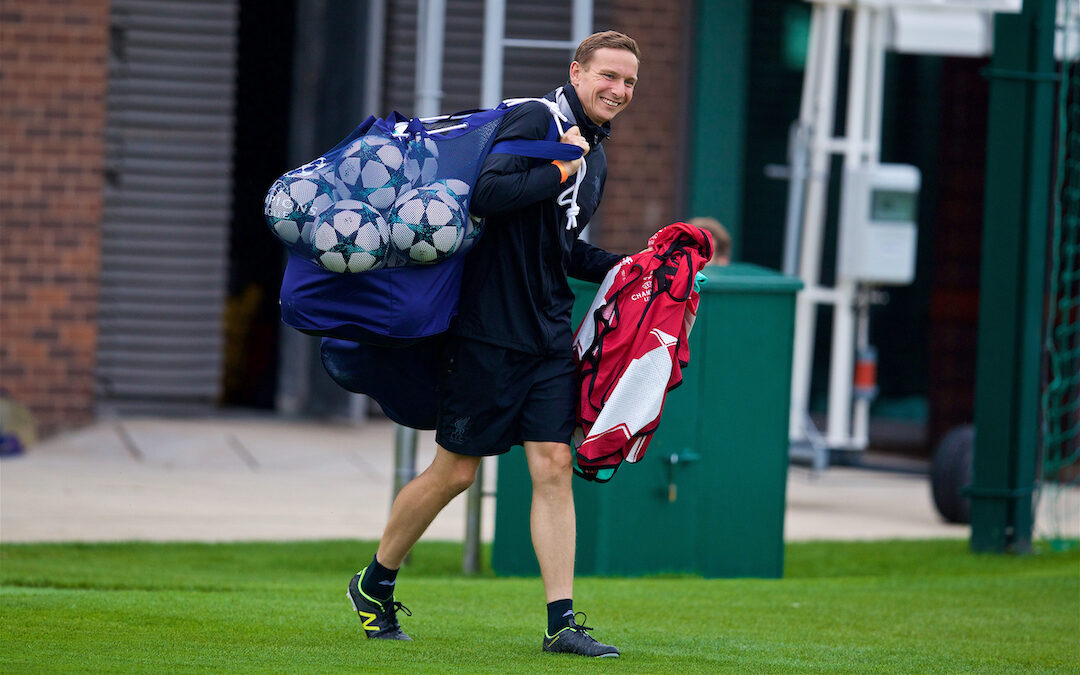 It is best represented by the combination of the manager and his right-hand man, an almost telepathic relationship that lends itself to success.

Liverpool’s journey over the past five years has been a collective effort, striving for excellence in all areas to deliver the latest chapter in the club’s rich history.

Everything goes through the charismatic German, but he takes onboard the input of the team that lies behind him; a group of handpicked specialists spearheaded by Pep Lijnders, Klopp’s number two.

He is likeable, infectious, a genuine football fanatic.

He eulogises about tempo and intensity; he meticulously pores over hours of video analysis and he has an affinity for the hard graft. He has a tactical acumen that few possess.

“He has such a big football brain, but it’s his willingness to learn and absorb information and always look to improve and be better as a coach that makes him stand out,” Klopp declared after his ultimately brief departure in 2018. 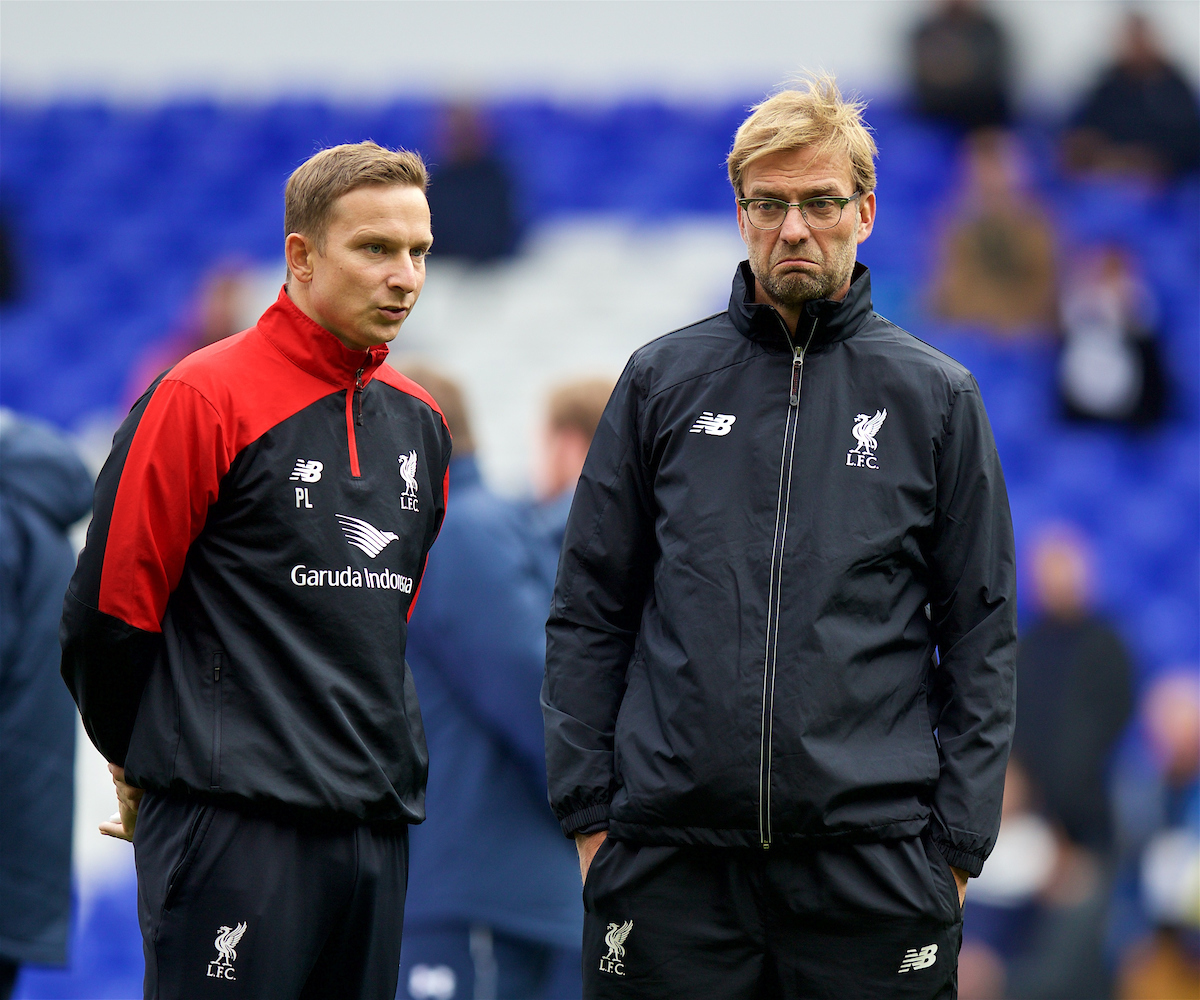 Indeed, it is of little wonder why the manager holds him in such high esteem.

The speed with which he was brought back to the club after Zeljko Buvac’s ominous exit is perhaps the best endorsement of his considerable qualities, a landmark moment in Liverpool’s tactical development.

In the years since, he has expertly filled the void of the man nicknamed ‘The Brain’, assisting in Trent Alexander-Arnold’s development to one of the world’s best right backs and utilising his extensive knowledge alongside Peter Krawietz to develop a new tactical blueprint, one underpinned by a relentless intensity, enabling Liverpool’s growth into serial winners.

Counter pressing has become the identity of this Liverpool side, developing exponentially under Lijnders, whose eye for detail and planning has helped players master the system, the marginal gains all adding up until the process becomes second nature.

“Our identity is intensity.”

Four words that are plastered on the wall outside the home dressing room and reverberated around Melwood by Klopp and his most trusted lieutenant. Be bold. Be fearless. Be absolutely relentless. 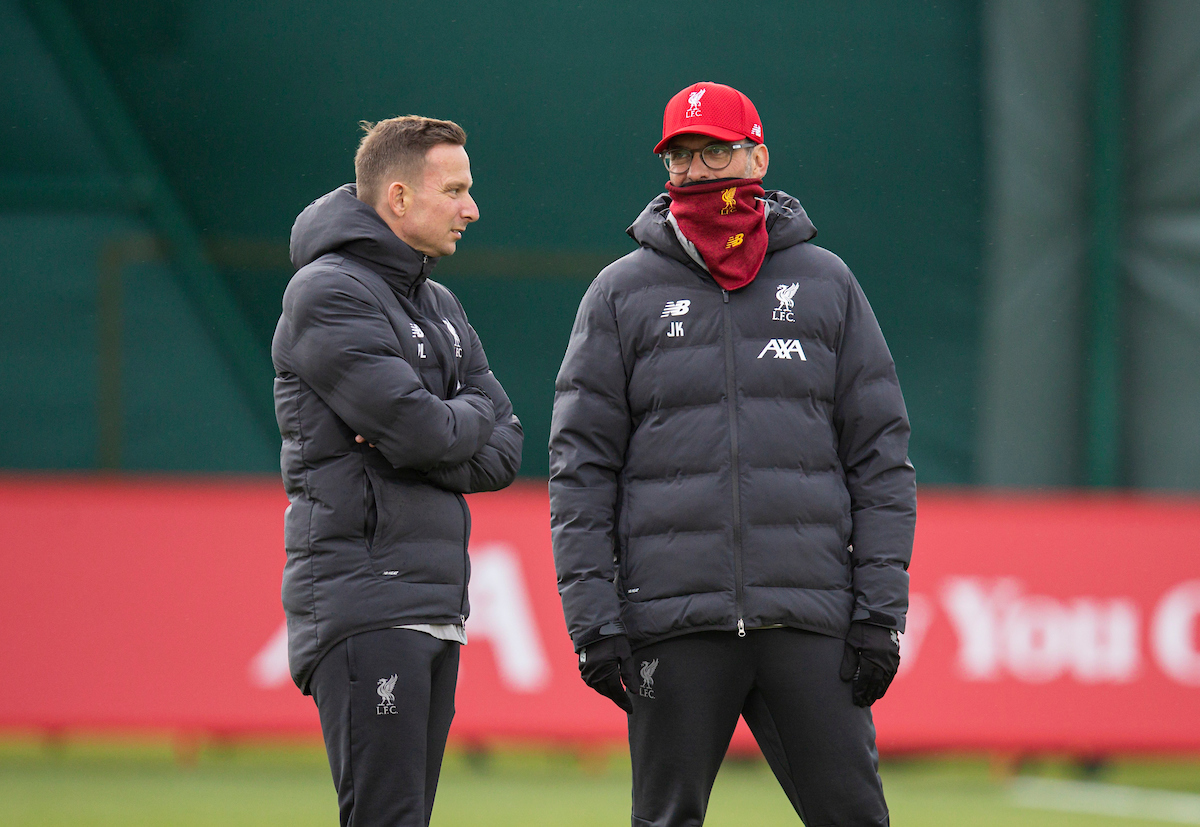 Monday’s 3-1 win over Arsenal was testament to that; incessant in the press, always poised and singing from the same hymn sheet, every player knew their job, closing off the spaces to suffocate the opposition.

The 37-year-old is the perfect understudy to Klopp on the training pitch and in the dugout. They are in complete unison, sharing the same passions and ethos about how football should be played, with the Champions now reaping the rewards.

Every time he steps up to fulfil media duties in the domestic cup competitions he thoroughly impresses; an articulate, engaging, insightful presence whose affinity for the game is clear. His infectious aura is akin to Klopp himself.

He understands this football club on every level, he has a knack of finding the right words at the right time, and he knows the importance of Liverpool to its people.

Pep Lijnders is primed to take over from Jürgen Klopp when the time comes, carrying the side on in similar style having learnt directly from the hand of the master himself.

He is entrenched in the club’s identity and lies at the heart of the evolution of its tactics. He knows what makes this side so special. He knows what all this means.

On the fateful day Klopp departs Anfield, it should be a source of comfort that he is already moulding his potential successor.

“As a young player living in an isolated bubble like we all are at the minute you can certainly put too much weight on criticism. It’s nice to know he’s being looked after.”