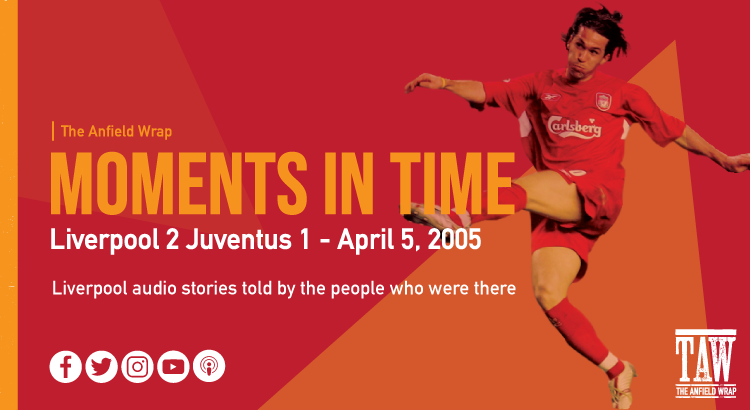 It’s part four in our series of free audio documentaries bringing you eyewitness accounts of notable days in Liverpool Football Club’s history. This time we head back to April 2005 when Liverpool faced Juventus in the Champions League, the first time the two sides had met since the Heysel Stadium disaster.