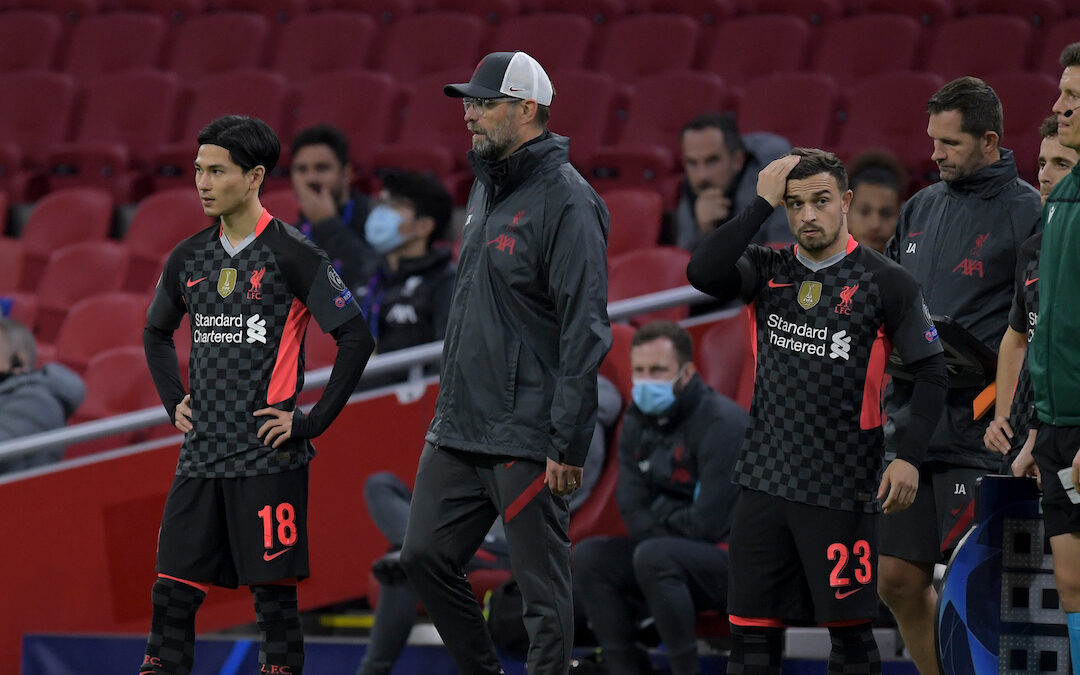 A SECOND successive Champions League group stage win over Midtjylland would be no small thing for Liverpool.

The diminutive Danes may not have the stature of most we encounter in the competition, but any kind of win at this level is no minor achievement. Other victories could come to dwarf one over Midtjylland but from tiny acorns mighty oaks grow.

The minnows from the Jutland region of Denmark were only formed 21 years ago but already have three Danish ‘Superliga’ (Super League) titles to their name. All won in the past six seasons. Their ground, the MCH Arena, has a capacity of 11,432. I’m imagining in the standing sections that they may have boxes for the smaller people to stand on for a better view. Clubs of this profile are the very soul of football. They have big hearts at Midtjylland.

In their opening group game, the team from Herning, didn’t exactly heighten expectations of them doing big things in this their maiden full Champions League campaign. A 4-0 defeat, in the Lilliputian fortress that is the MCH Arena, to Italian upstarts Atalanta, contextualised the scale of the challenge ahead.

While it is a trap to underestimate any opponent at this level of competition, it equally feels disingenuous to make a big thing of the threat Midtjylland pose to Liverpool.

In qualifying for the group phase of the top competition for the first time, the Danes knocked out Ludogorets, Young Boys and Slavia Prague. Two of these sides (Ludogorets and Young Boys) have given previous Liverpool teams a game, but those lads in red weren’t today’s red giants.

Gauging just how low down football’s evolutionary scale Midtjylland are is an important project for Liverpool boss Jürgen Klopp. If they are English Championship level then a degree of caution in team selection would be necessary. Klopp would ideally like the scouting reports to say that they are more akin to the teams below that in the EFL. 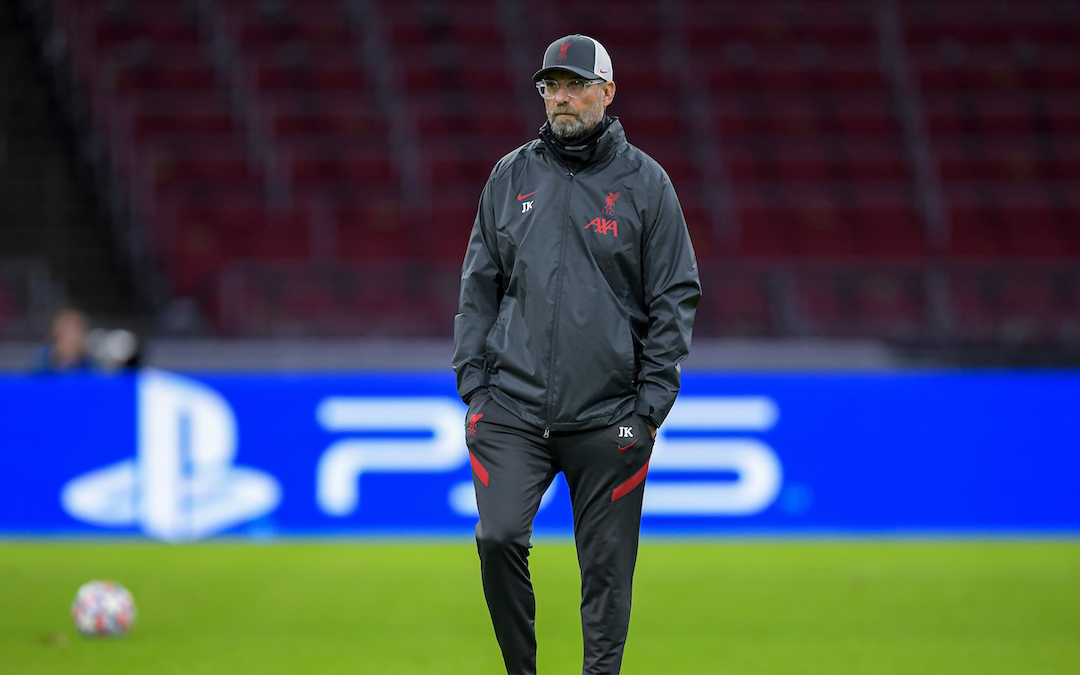 If that were the case then we’re talking about the manager having the luxury of picking a ‘League Cup team’. Such is the depth in the current Liverpool squad that the difference between a side ‘showing a few changes’ and a ‘League Cup side’ is not the chasm it once was.

Let’s start with those who need minutes. First off, the backup front three – Jota, Minamino and Shaqiri – could all be trusted to start at Anfield. Their 40 minutes together in Amsterdam a week ago suggested as such. Also, there’d be no harm in having the option of using the established forwards (Salah, Firmino, Mane) as options from the bench should things not go to plan.

This would’ve been an ideal game to blood Andy Robbo’s deputy, Kostas Tsimikas, in but the left back is still out with an injury. On the right-hand side of the defence, Neco Williams may come in to facilitate a night off for Trent Alexander-Arnold.

Others who the manager could feel need game time might include the likes of Naby Keita, Curtis Jones, James Milner or even Divock Origi. But they can’t all play.

At the moment, I suspect Klopp will be very much prioritising league points over those in the Champions League. It has felt for a good while now that slips in Europe are more recoverable from than those in the league, although the early portents of the new domestic campaign are that the paradigm could be shifting.

Liverpool will not take Tuesday night’s opponents lightly. Small fry though Midtjylland may be, any lack of focus in this competition is usually punished.

“[Jota is] somebody who has got a high ceiling, who is very good in possession but shows a tenacity and desire to win it back. Jota has all of that.” 🔥@MelissaReddy_ on ‘The Moment’ 🎥