Liverpool Women Firing On All Cylinders Thanks To Rachel Furness 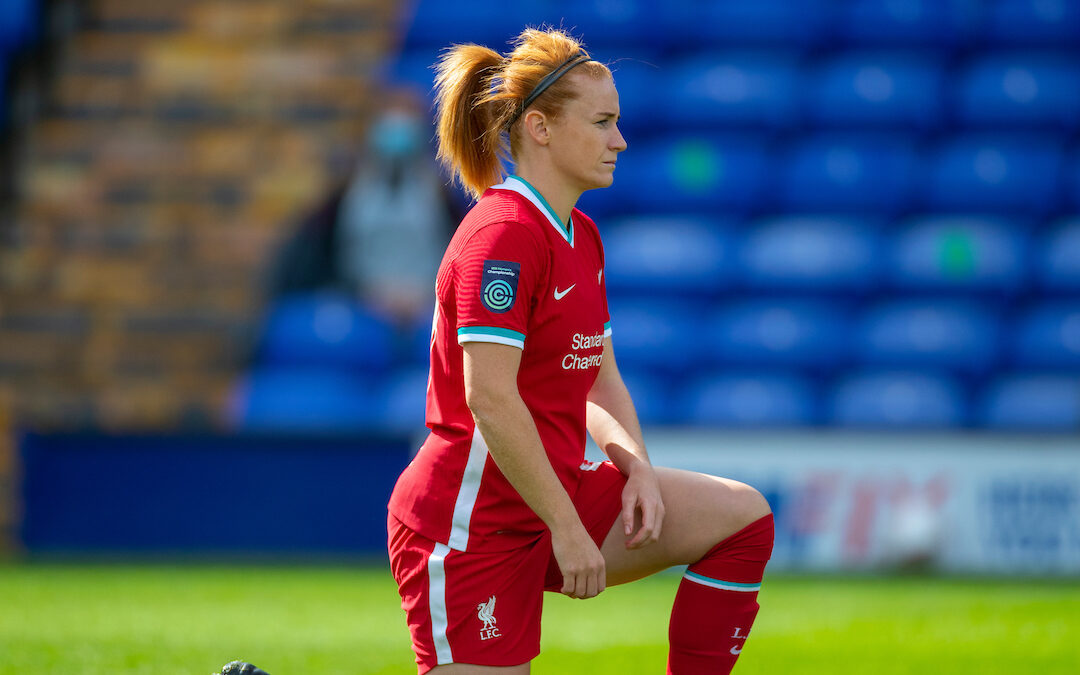 IF there was any solace to take from Liverpool Women’s relegation from the Women’s Super League, it was the opportunity it offered to regroup, restart and regalvanise the entire atmosphere around the club.

Everyone associated with the club has rallied. The recruitment has been fruitful, pre-season results were strong, and there is a real sense of unity and determination within the club to prove they deserve to get back to the top flight at the first time of asking.

So far, that mission has gone exactly according to plan, with The Reds perched at the top of the FA Women’s Championship and unbeaten after the opening four league games.

At the heart of their impressive form? Rachel Furness.

She was just 16 years old when a surgeon told her that her budding career could well be over before it had even truly begun following a serious knee injury.

Fast forward to the present and she is now operating at the peak of her powers, with the steel and belief gained from overcoming a difficult time helping her evolve into the footballer she is today – a vocal and assured presence and creative force who has underpinned Liverpool’s bright start.

Since arriving in December 2019, she has hit the ground running and never looked back, adding flashes of brilliance while her positional intelligence and incisive movement have been instrumental in evolving Liverpool’s attack. 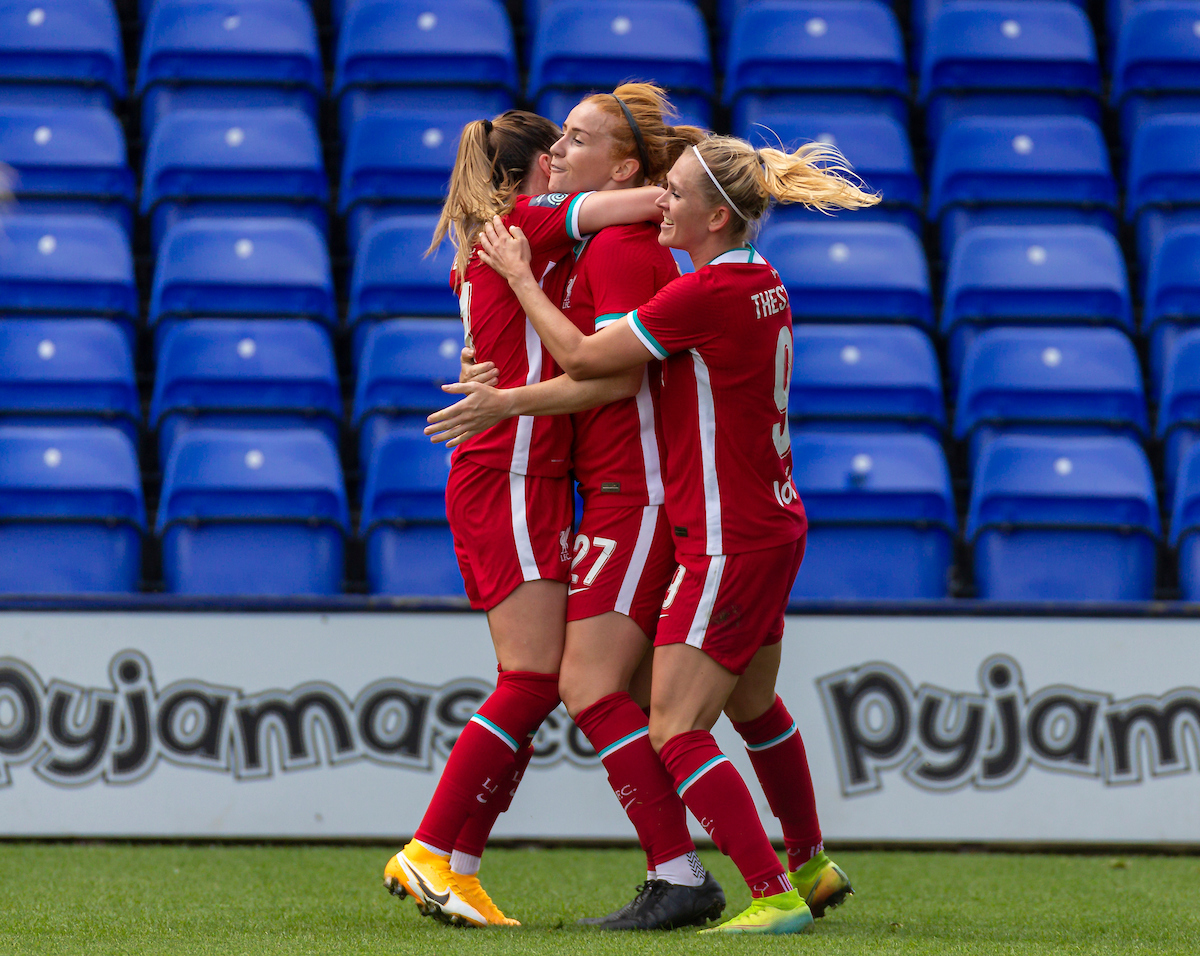 An ever present in the team to date, she was rightfully named Liverpool Women’s Player of the Month for September. Meanwhile her voice as a leader, having been named vice captain at the start of the campaign, has helped galvanise the side in their bid to return to the WSL.

Last season’s struggles were typified in midfield, where there was a real lack of bodies pushing forward in support of Rinsola Babajide and Courtney Sweetman-Kirk. Even on the rare occasions the side were able to get the ball forward, the move broke down more often than not due to a dearth of quality in the final ball, which saw just eight goals scored in 14 games.

In contrast, the 31-year-old’s ability to unpick the lock, operating behind the forward line, has facilitated greater creativity within the side, while her movement creates space for teammates around her.

She knows when to play the pass, when to hold onto it, and the areas to target when she does. A versatile player with a mix of athleticism, ingenuity and guile, Furness is the crucial runner from deep, able to receive possession, drive at the heart of the opposition and shoot at goal.

Perhaps the best testament to her influence is that she ended as the club’s top goalscorer with four goals last season, despite arriving in January. This season she has continued in a similar vein, having already managed the same haul in the opening four league games.

A smartly taken finish against Durham was followed up by a fine header versus London Bees, before a brace in the 4-0 romp against Charlton Athletic at Prenton Park exemplified her quality in front of goal.

It was of little surprise that Liverpool’s impressive 3-1 win against Manchester United on Wednesday in the opening fixture of the Continental Cup campaign saw a familiar face pulling the strings at centre stage. 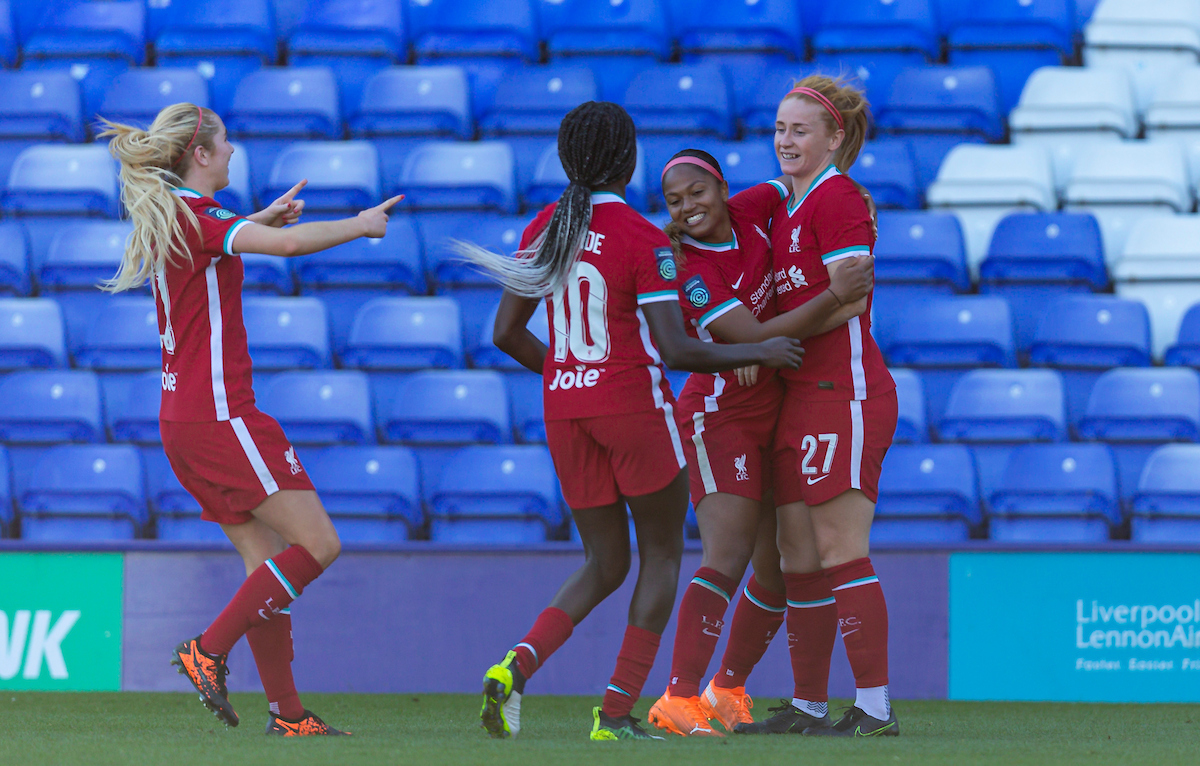 The Reds were unlucky to fall behind after a promising start against the WSL side, but critically never let their heads drop showing composure and conviction in equal measure and throwing plenty of punches of their own as Jessica Clarke went close before Melissa Lawley’s floated ball found Furness, whose strike was handled inside the area.

Coolly converting the resulting penalty, the number 27 instigated an impressive fightback with an energetic and assured midfield performance that typified her immense impact since arriving at the club.

When the ball fell to her at the back post after Missy Bo Kearns’ corner, with the score at 2-1 following Babajide’s penalty, there was only ever going to be one outcome. Emphatically nodding the ball into the net, she established a two-goal buffer that Liverpool’s performance richly deserved. Remarkably, she now has six goals to her name in all competitions.

On an impressive afternoon for Vicky Jepson’s side, where the team showed they are more than capable of battling with the best in the WSL, Furness’s performance was testament to the quality and consistency she continues to deliver.

Since moving to Merseyside, she has provided the cutting edge that Liverpool so desperately needed; an instrumental player at the heart of an imperious start to the campaign.

If The Reds are to succeed in their fight to gain promotion back to the top flight, she will no doubt lie at the heart of it.

“Liverpool showed that they deserved to be on the same pitch”