Fabinho: Liverpool’s Lighthouse Guiding Them Out Of The Storm 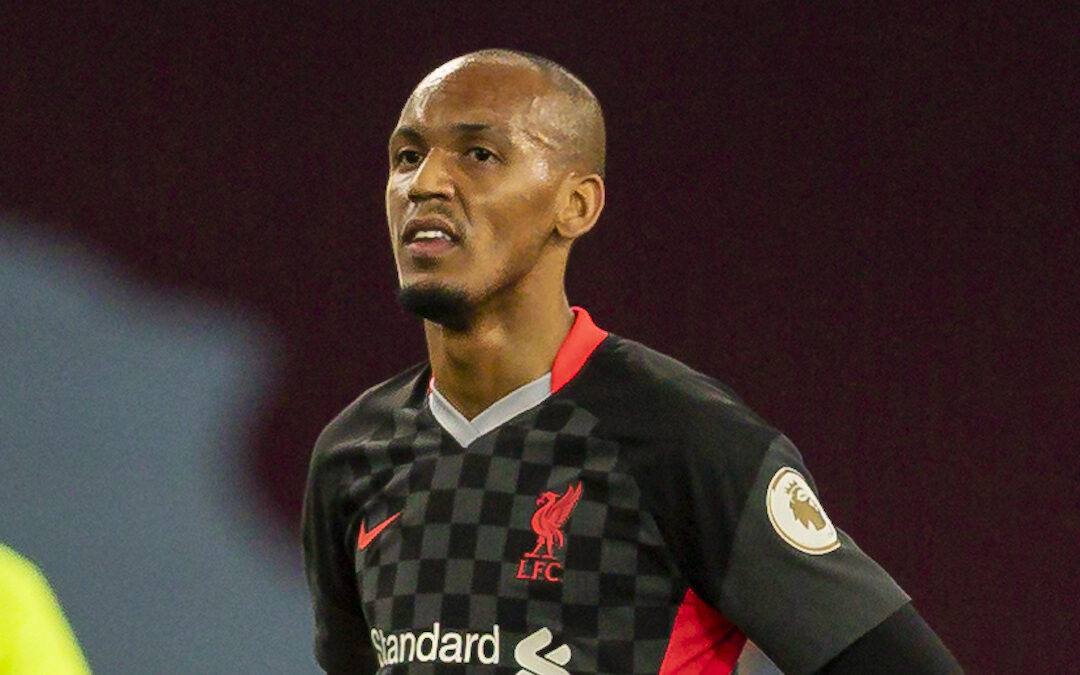 ONE of the most tiresome quips levelled at Liverpool is that they are often lucky with injuries compared to their rivals.

That is, naturally, a complete contradiction of the truth.

The Reds have been without Alisson Becker, Xherdan Shaqiri, Kostas Tsmikas, Alex-Oxlade Chamberlain, Thiago Alcantara, Joel Matip, Jordan Henderson and Naby Keita already this season, and though some of the issues have been only temporary, the biggest concern lies with a player who has underpinned the club’s transformation in recent years.

Courtesy of Jordan Pickford and a senseless lunge, Liverpool are now without their talisman; the world’s best centre back and Klopp’s commander in chief in defence. Were you to ask any Liverpool fan who the one player this side could ill afford to lose was, the answer would be unequivocal: Virgil van Dijk.

Just how, then, do you replace the irreplaceable?

A period of adjustment follows, reassessing options and searching for players internally who can adapt. It is moments like this that highlight the real value of versatility.

Such are the changing demands of football, most professionals now have the skillset to play in several positions. In Jürgen Klopp’s case, there is no better representative than the Brazilian. 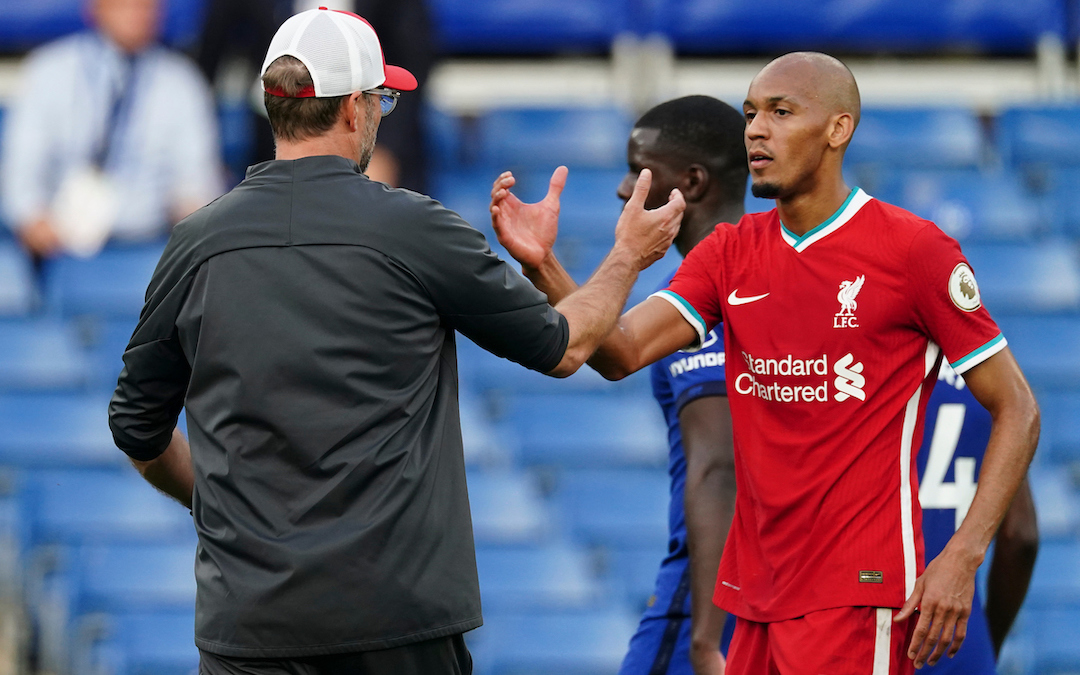 Playing as a right back in his early days at Monaco, Fabinho has since established himself as one of the best holding midfielders in the world, emerging as an integral part of the team’s spine now, and for the foreseeable future.

Taking time to adapt to the considerable demands of Klopp’s style, his arrival is the signing that elevated the team further after Van Dijk’s arrival, filling the holding midfield void left by Javier Mascherano. Meticulously assimilating the team’s patterns of play, while developing under the pressing style, he has grown to become one of the first names on the team sheet.

Labelled the “lighthouse within the organised chaos” by Pep Ljinders, his role in the first team remains unique.

Where most holding midfielders opt for the horizontal ball more often than not, settling on keeping the side ticking over, the 26-year-old acts as an enabler, offering a combination of substantial creativity and guile to match his defensive authority and combativeness.

Van Dijk’s injury has only furthered the cause that Fabinho is one of Klopp’s most important players. While his qualities as a midfielder have brought another dimension to The Reds, his immaculate reading of the game has seen him evolve into an equally impressive debutant at the back.

Such versatility and depth to his skillset is invaluable as this Liverpool side embarks on a title defence without one of their biggest leaders.

His cameo at centre back against Chelsea was a roaring success, covering Timo Werner with intelligent positioning preventing the striker from drawing him in and isolating him in a foot race. Coming out of every one on one on top, the timing of his tackles and sense of authority shone in a standout performance at Stamford Bridge.

Wednesday’s performance against Ajax should further alleviate fears about his ability to stand in for Van Dijk. 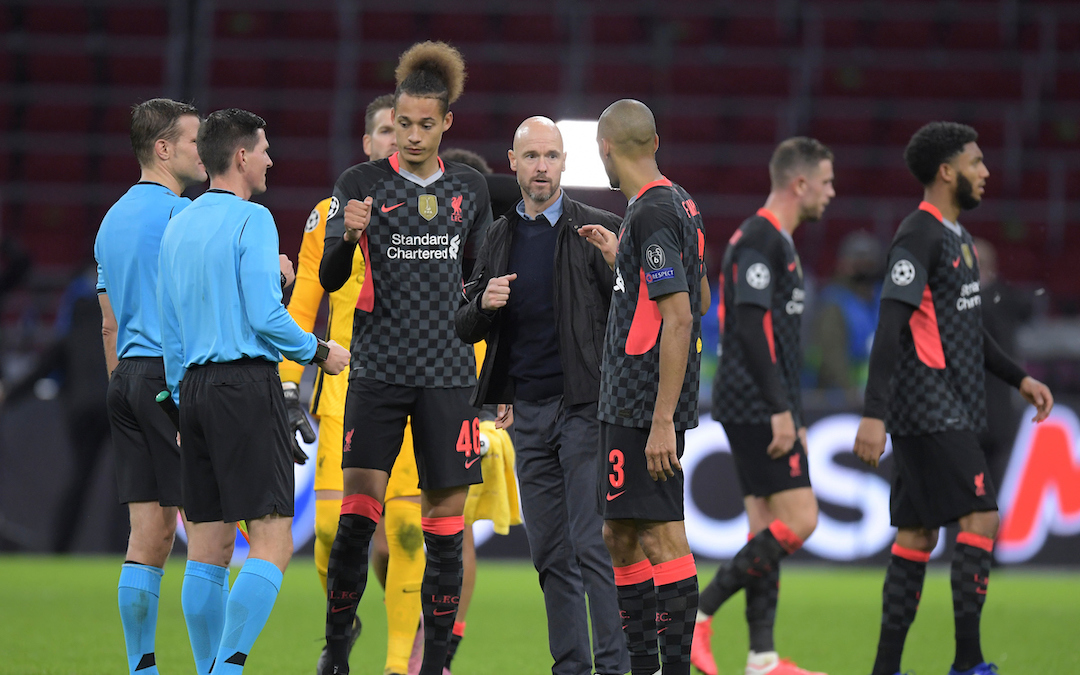 It was not a vintage Liverpool performance in Amsterdam, nor did it need to be. A winning start without the Dutchman and a clean sheet was all anyone could’ve asked, and you sense this type of performance will need to be replicated on more than one occasion this season, matching substance with style, and displaying grit to match the guile.

Fabinho’s contribution was immense, emphatically swatting away the inevitable questions on whether the defence could hold firm. Forever scanning his surroundings, his in-game intelligence is second to none, allowing him to quickly read the pattern of the game and block the passing lanes, while pouncing to make the most of any situation on the ball.

Rarely do you see him sweeping in rashly, with his timing of the tackle and ability to win possession excelling throughout, picking the perfect moment to make the ball his. His emphatic goal-line clearance to prevent Dusan Tadic’s equaliser, reminiscent of James Milner’s efforts against Bournemouth last season, was testament to his reading of the game.

Joe Gomez, too, deserves credit, and a clean sheet will have left the manager delighted.

Fabinho’s arrival in the wake of defeat in Kyiv was a watershed moment in the evolution of this side, bringing with him a sense of authority and aggression, and now more than ever you sense he is one of the team’s most valuable players.

He is the perfect man, now arguably the man in Van Dijk’s absence, in Klopp’s system.

Keeping him fit will be key to Liverpool’s chances of success this season.

“To me Fabinho has all the attributes to be a great centre half.”

“He’s slotted in perfectly. The pressure is on, the spotlight is on him and he puts in a performance like that.”