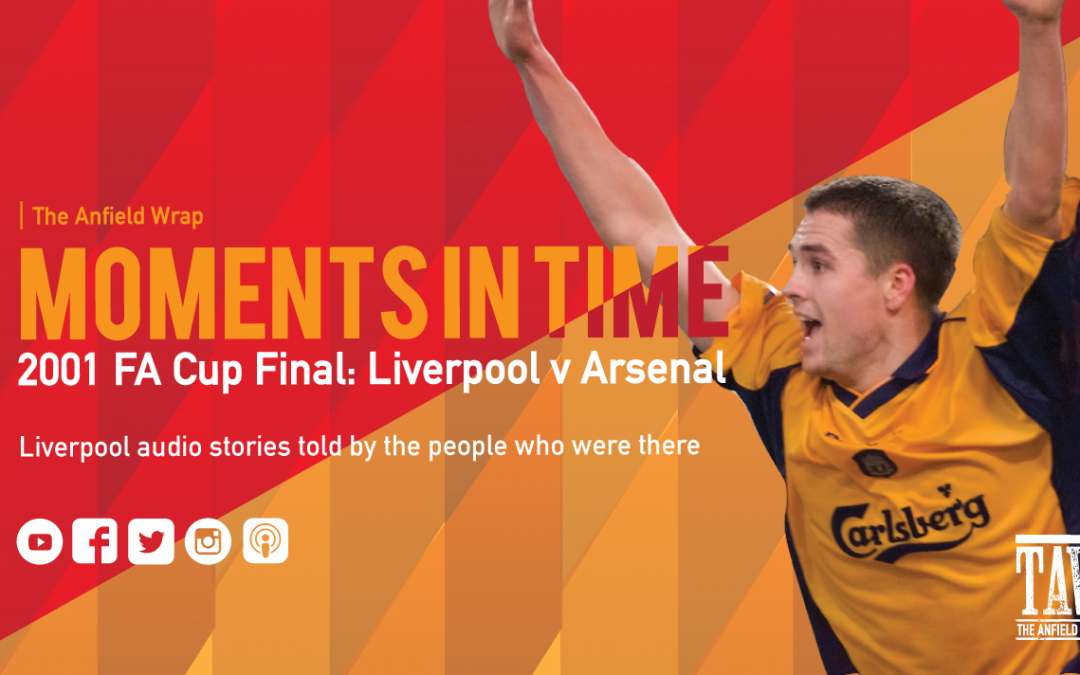 This is the third in The Anfield Wrap’s series of free audio documentaries, TAW Moments In Time, bringing you eyewitness accounts of significant days in the history of Liverpool Football Club.

This time we travel back to the Millennium Stadium in Cardiff, on May 12, 2001, for an FA Cup final between Liverpool and Arsenal which is often attributed to one man’s efforts alone.

We hope you enjoy listening, and if you want to hear more from The Anfield Wrap, and you don’t already subscribe to TAW Player, you can do so by clicking here.