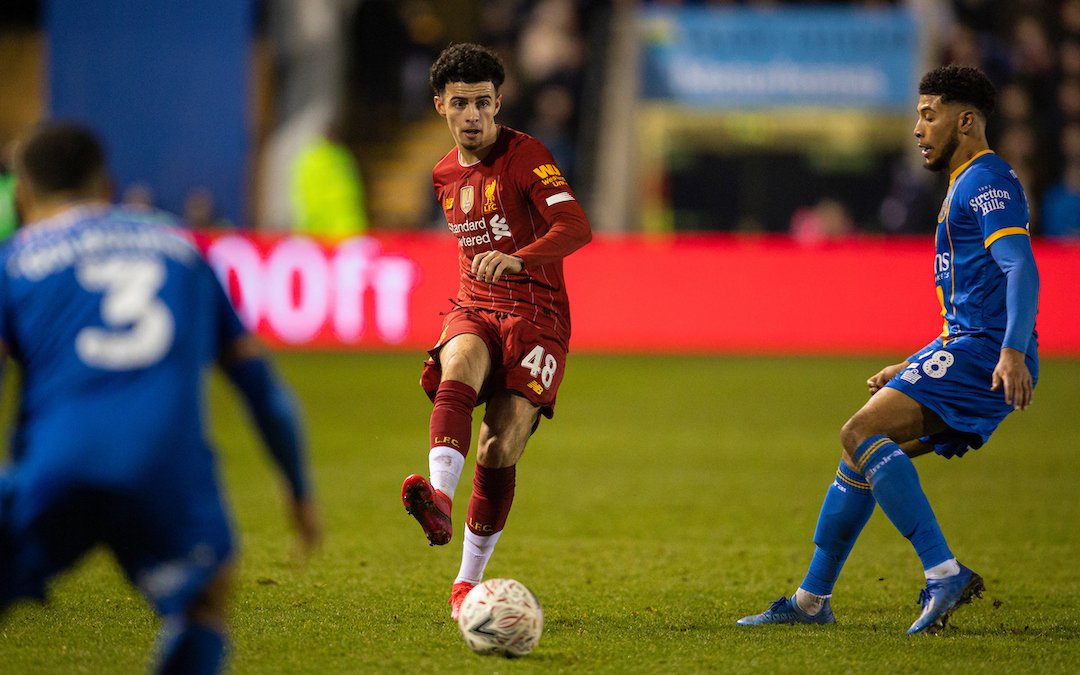 I’M really looking forward to this.

Nothing like watching The Reds disrespect the world’s oldest cup competition, at Anfield, under the lights.

Many were surprised by Jürgen Klopp’s decision to rest his entire senior squad for this replay. I’m not sure he made the right call. My abiding conclusion, though, is that I don’t give a flying fuck.

If Klopp says the moon is made of cheese, cheddar, it is. If he says that two plus two is seven, then that’s what it adds up to.

The wider commentariat can criticise on whatever level they choose, but we, the people, must know better. Jürgen Klopp has earned the right to make up the rules.

Seriously, he may be wrong, but loyalty must dictate that we back him. Any Liverpool fan questioning Klopp has a case to answer. The manager is unimpeachable. His love and drive is something so powerful and perfect that we should only adore it and him. Does that feel over the top? Liverpool are over the top and we owe it all to one man.

Regardless even of any unspoken reservations we might have about the boss’s treatment of the cup, Klopp is right. Of course he is. Liverpool have three objectives: the league, the European Cup, and immortality. The FA Cup is a distraction from these goals.

Klopp is a calibrator. A master strategist and planner. He fine tunes. He works within the margins. In the gaps. It’s not easy building the greatest team and campaign in the history of the game. You need to find angles and solutions constantly. Klopp sees the spaces. He appreciates the emptiness between the decisions that separate glory from despair. 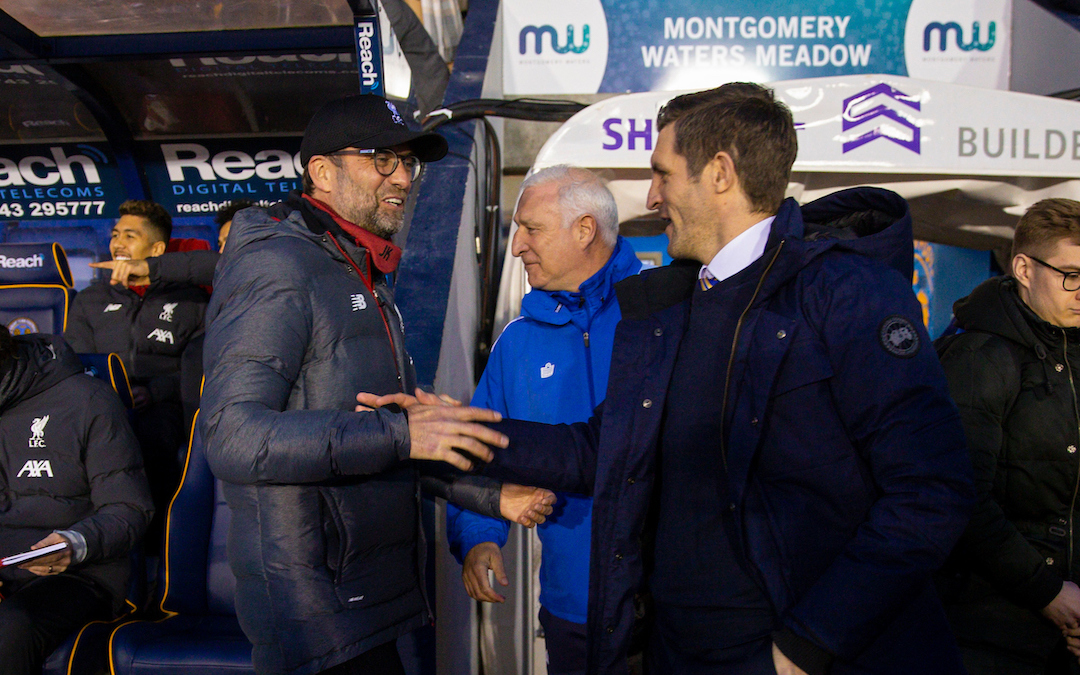 The FA Cup is collateral. It goes.

Shrewsbury get to match up against the stiffest of our stiffs. They might be favourites, even as a League One team against a Prem giant. But they haven’t reckoned with Curtis Jones, the Toxteth Coutinho. They haven’t legislated for Harvey Elliott, the 16-year-old East 17 composite who is better than Messi at the same age.

Six of the side that Klopp’s understudy, Neil ‘Critch’ Critchley, will send out at Anfield now have significant top-flight experience.

Neco Williams, Ki-Jana Hoever, Larouci, Chirivella, Jones and Elliott have all played games against a range of Premier League opponents. The aggregated top-level experience in the Liverpool squad is greater than in Shrewsbury’s nominally more worldly team.

Additionally, most of these Liverpool babies match up in training, daily, against the likes of Virgil van Dijk, Fabinho, Mane and Salah. They have the world’s best players as ever-present examples.

The visitors will, being older, have a greater physicality but I think the Critchley kids will have enough about them to earn the right to probably go out to Chelsea in round five.

Either way, the shirts will be red, the hearts will be pure and the will to win will have been imbued by the very best.

For more buildup to the Shrewsbury game, and extensive reaction in the immediate aftermath, download our free Anfield Wrap app…