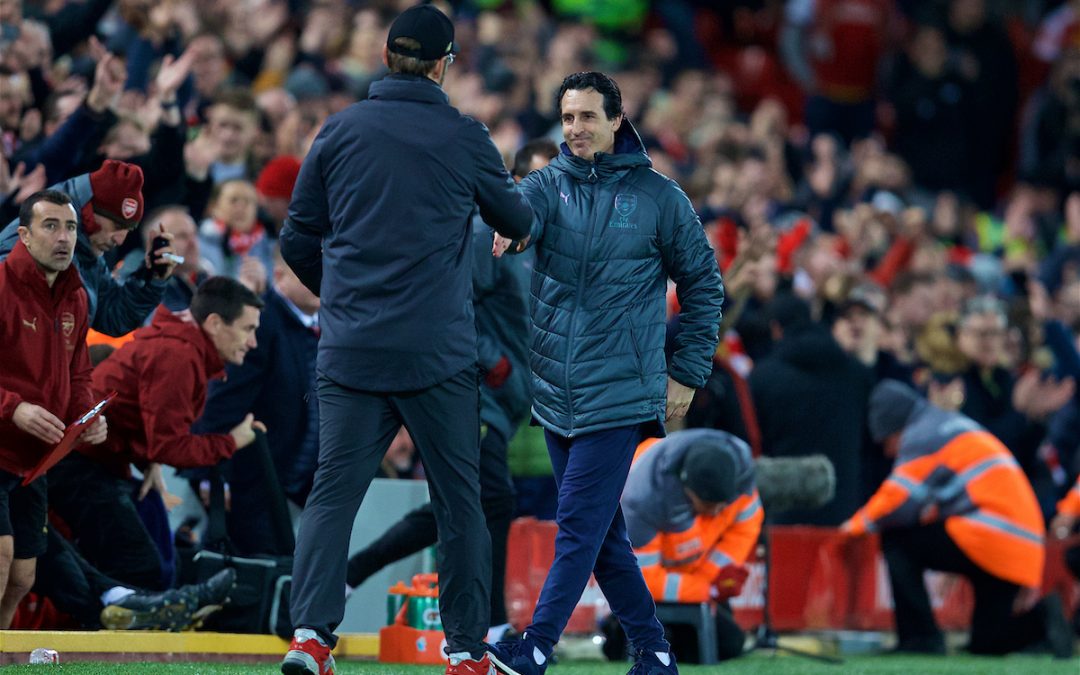 Liverpool are back at Anfield to face an Arsenal side that has started the season in fine form, and Jurgen Klopp has just given his thoughts on the game.

Josh Sexton is joined by John Gibbons, Ian Ryan and Gareth Roberts to talk about the managers comments ahead of saturday’s clash and then have a chat about what they expect against Arsenal.

Also in the show, John Gibbons is joined by Justin Engelbrecht for this week’s Travelling Kop feature.

For more buildup to The Reds’s clash against Liverpool, and extensive reaction in the immediate aftermath SUBSCRIBE to TAW Player…