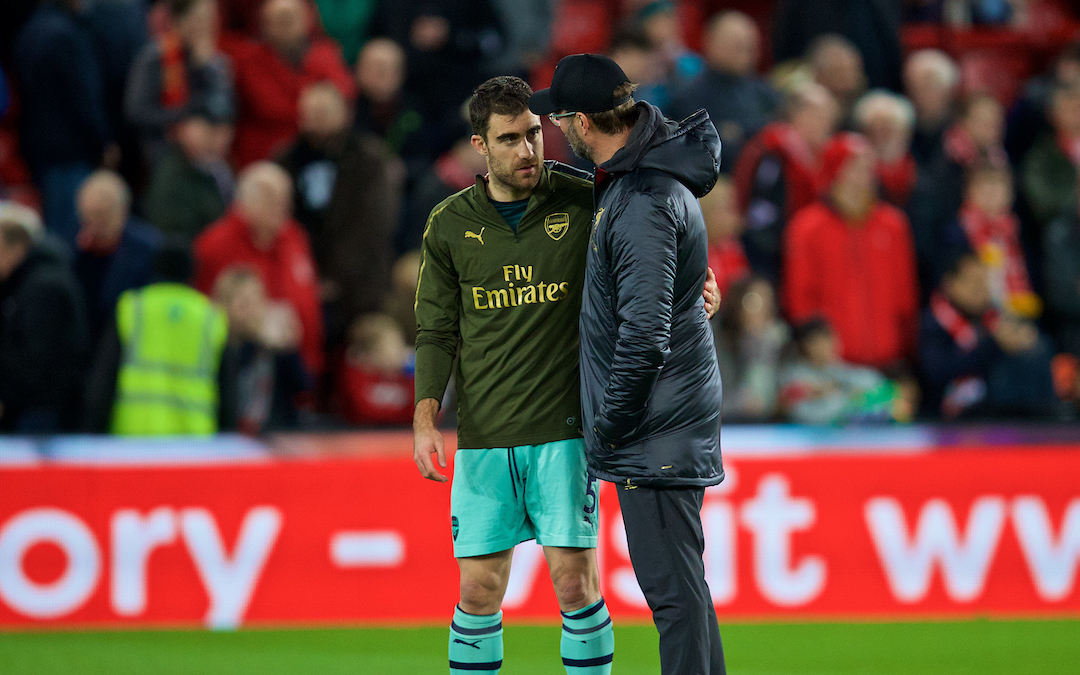 A FRENETIC start to the season has finally eased.

Over the past week, Liverpool were able to rest weary early-season limbs for a full seven days following the important win over Southampton.

We are only two league games into the new campaign but already it feels like Liverpool are in a title race. Manchester City dropping two points at home to Spurs last Saturday is being heralded as a significant moment in this season’s battle for the league.

Of course, this is all so much illusion, as is Saturday’s opponents Arsenal’s status as one of only two sides still protecting a 100 per cent win record.

Rewind to mid May and the final whistle of the 2018-19 Europa League final. Arsenal players troop off the pitch, heads bowed, vanquished 4-0 by a very ordinary Chelsea side.

Talk coming into the game was that the club still had to cut its cloth, and that another season without the revenues generated by participation in the Champions League would mean that manager Unai Emery would more or less have to make do and mend with his existing squad. 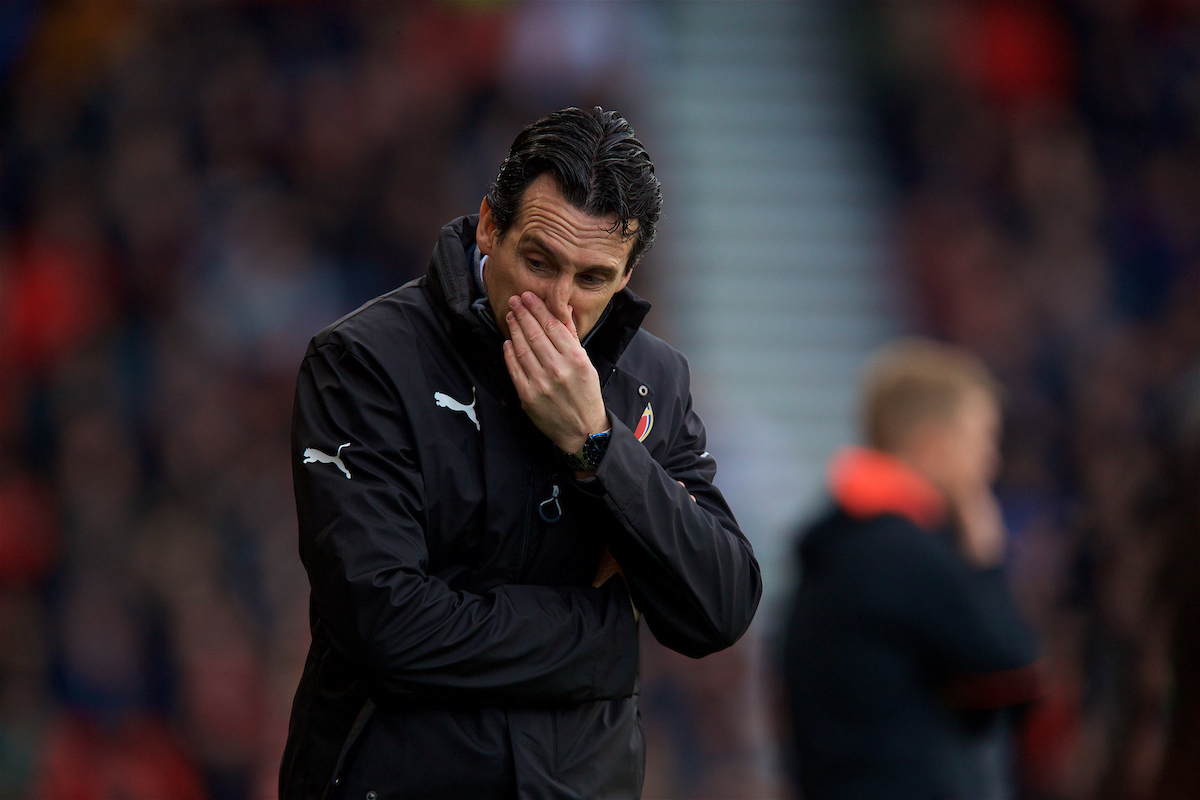 Fast forward to August 7 and the dawn of a new season; Brazilian international centre back David Luiz and Celtic left back Tierney sign for the Gunners to put a top hat on a transfer window of drama and extravagance for Arsenal.

Luiz and Tierney are added to Nicolas Pepe, Dani Ceballos and William Saliba in a near-£140m spending splurge. Two matches and two wins into a new season and Arsenal have gone from foot of the mountain to top of the tree.

Momentum in football is an ever precious commodity. Arsenal, at least for the moment, have it and as such will fight hard to preserve their new status quo. They will be desperate to avoid a swift humbling at Liverpool’s hands.

Unai Emery’s emerging grasp of the English language may have slightly betrayed him when he told journalists that he didn’t want “to play Liverpool ever”. No one at Liverpool will be taken in by this but it didn’t exactly send out a message of defiance on behalf of his players, even if it was meant in semi jest.

The Arsenal manager has options ahead of Anfield with big names Mesut Ozil and Granit Xhaka returning to full training and availability. They will threaten the starting places of youngsters Reiss Nelson and Joe Willock, as might mega-money signing Nicolas Pepe, who will expect his first league start for his new club to be imminent.

Jürgen Klopp will tell his Liverpool team to respect Arsenal’s returning belief and to be wary of the threat they may pose with the pace of the likes of Pepe and Aubameyang, and the guile of Dani Ceballos. 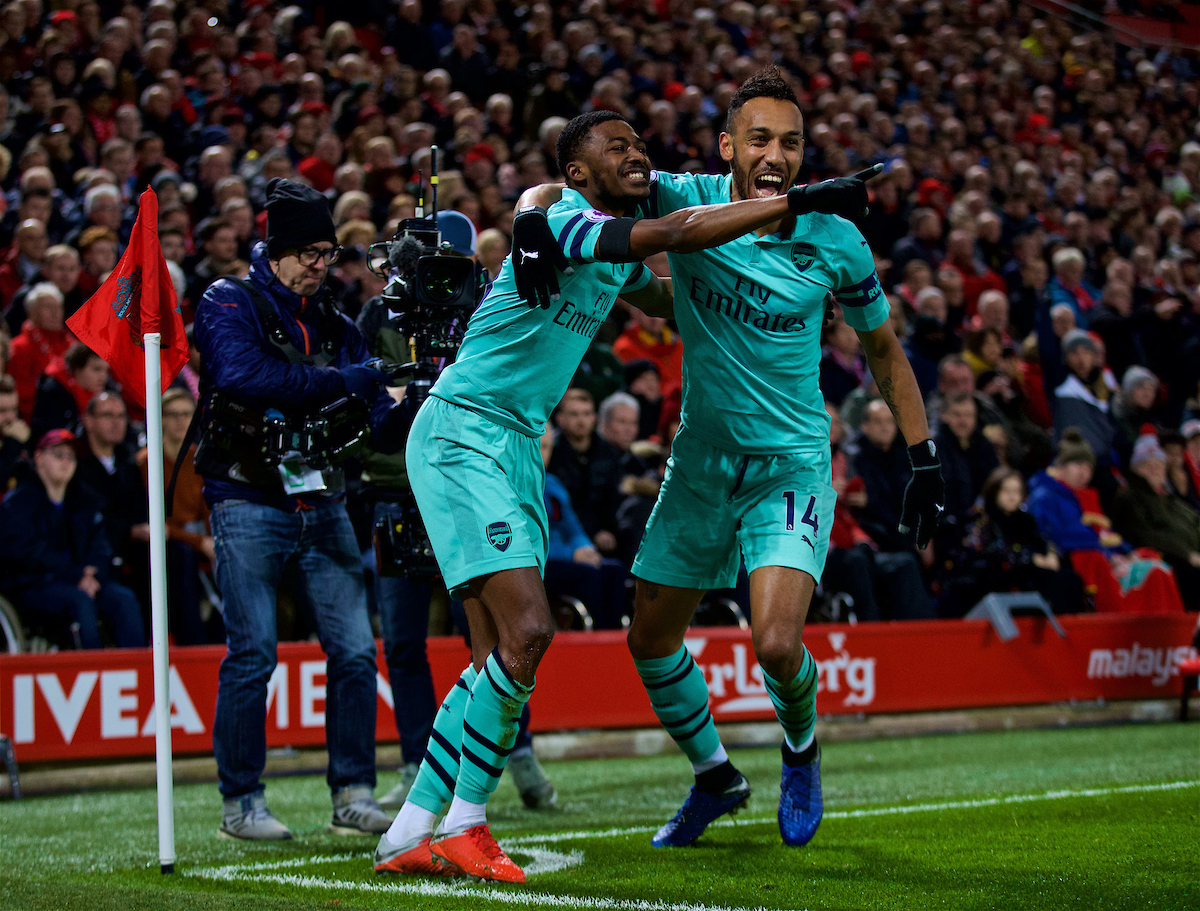 However, he will equally remind his side that should they show their best face, the visitors will struggle to live with the European Champions.

The luxury of seven days of game-free preparation will have been appreciated by Klopp. Few managers value the sanctity of training ground time more than the Liverpool manager. He will have his team ready and refreshed for Arsenal.

There are probably only two selection dilemmas for Klopp to resolve and he will be happy with his range of options. Although keeper Alisson and midfield playmaker Naby Keita remain unavailable, the rest of the squad is in pretty rude health.

In defence, Joe Gomez may get the nod ahead of Joel Matip, but there won’t be much in it. Equally, Alex Oxlade-Chamberlain, an impressive performer at Southampton, might consider himself harshly dealt with if he loses his place to either Jordan Henderson or Gini Wijnaldum.

It’s just three games in and the dawn of another new season has barely broken.

Back The Reds to show Arsenal that theirs is yet another false one.

For more buildup to The Reds’ clash with Arsenal at Anfield, and extensive reaction in the immediate aftermath, SUBSCRIBE to TAW Player…

🎫 Make sure you get your tickets before they sell out 👉 https://t.co/kjlmgCNz6k

Here's what happened after the last one… 🎶 pic.twitter.com/mOjlq46Wy7