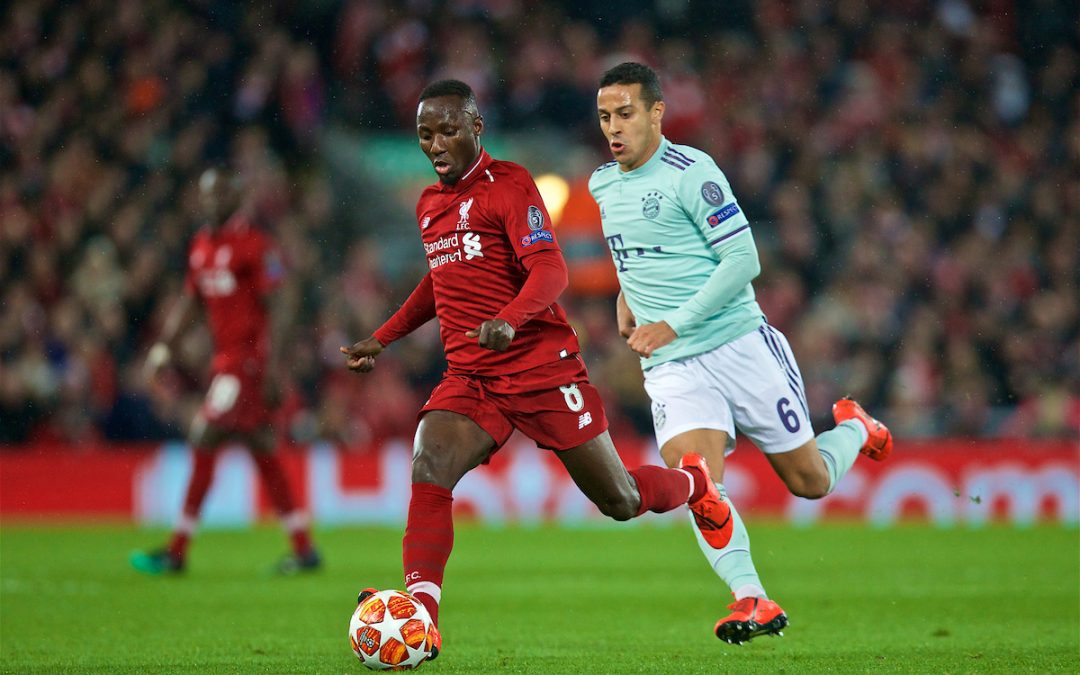 Saved one in that Big Joel twatted it at his iron chest from a yard and it bounced out rather than in. Done a fair bit of fannying about with it at his feet, but in fairness I’m into that.

Plays these games like he knows The Reds are mustard, and he is one of the best in the business. Leads to him giving it away a bit but I’d rather a boss, self-confident young pup than a crabby auld ball bag. 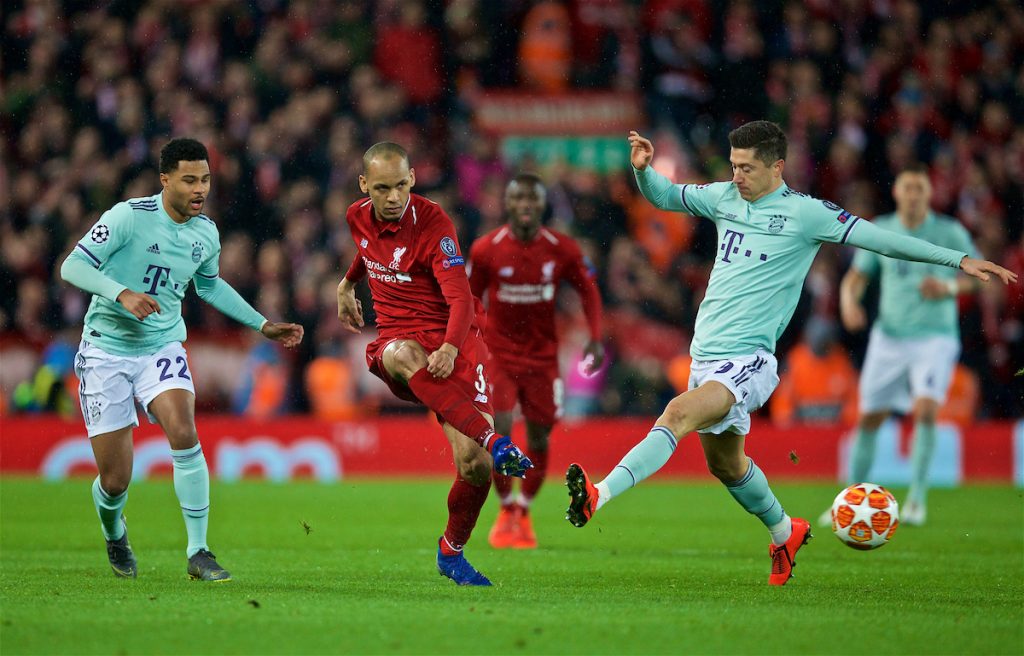 Twatted one at Alisson’s iron chest presumably to see how hard it was. Turns out it’s pretty hard. Lashed a turn of pace in there that no one knew he had to cut one out, and then had his fucking bit foot angles all wrong for that pull-back chance.

Like he has to set them with a fuck off big protractor and then play the whole game with them set that way. Bouncing around Anfield like a fucking Inspiral Carpet. Too fucking big them feet to expect them ankles to move. Would need joints like a shoulder.

Got the positional attacking sense of Fowler, the finishing sense of your dead nan. On the end of everything when you want anyone bar him. Actually thought he was great aside from his attacking output which in fairness you would take all day.

Overlapped for a laugh, didn’t get one off Sadio first half that he should have done, and then when he did get one tried to plate it for Mo back stick and twatted it into the Kemlyn. Reckon if he gets the first he boxes the second. Struggled second half with the ball.

Some through ball for the Salah half chance after 10. Broke it up well when they countered. Should have took the boot off that Spanish crab when he offered it him. Yes, thanks mate. I’ll keep hold of it, be nice on the mantelpiece that.

Does well not to get sent off on that one where he twatted their lad’s boot and then pretended he got wellied. 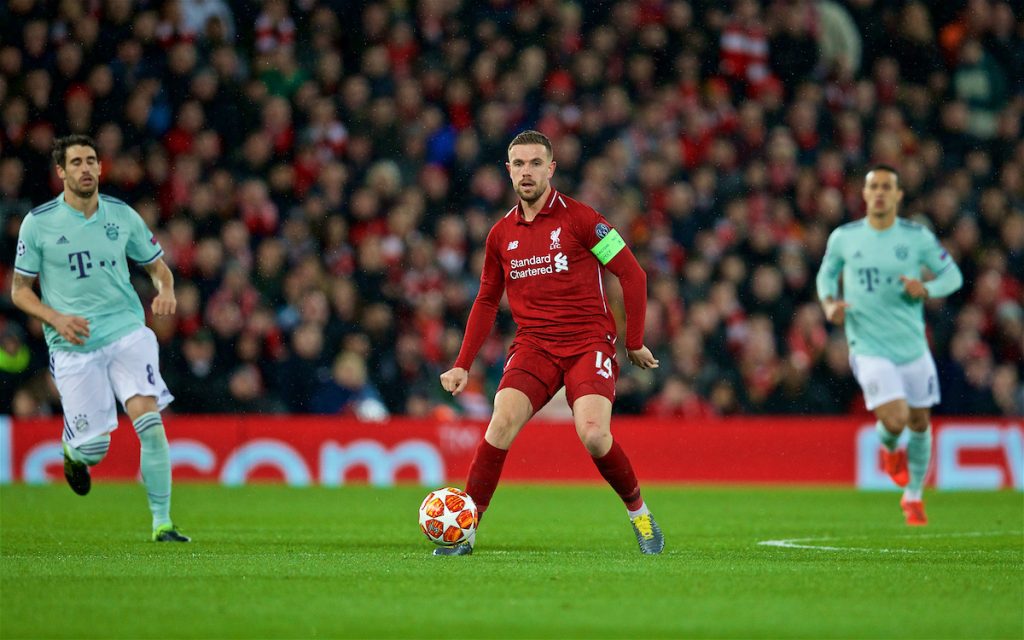 Played well. Couldn’t quite get The Reds boxed but wasn’t a million miles away.

Thought he was excellent, you know. Manages to open up space for himself all day long. The one in midfield who was linking it all together first half. Had probably run his race when he got took off.

On another day could have had a trick first half. Off balance twice in a row for two belter chances but maybe should have done better with them, and with some of the positions he took up. Fine fucking margins, though. 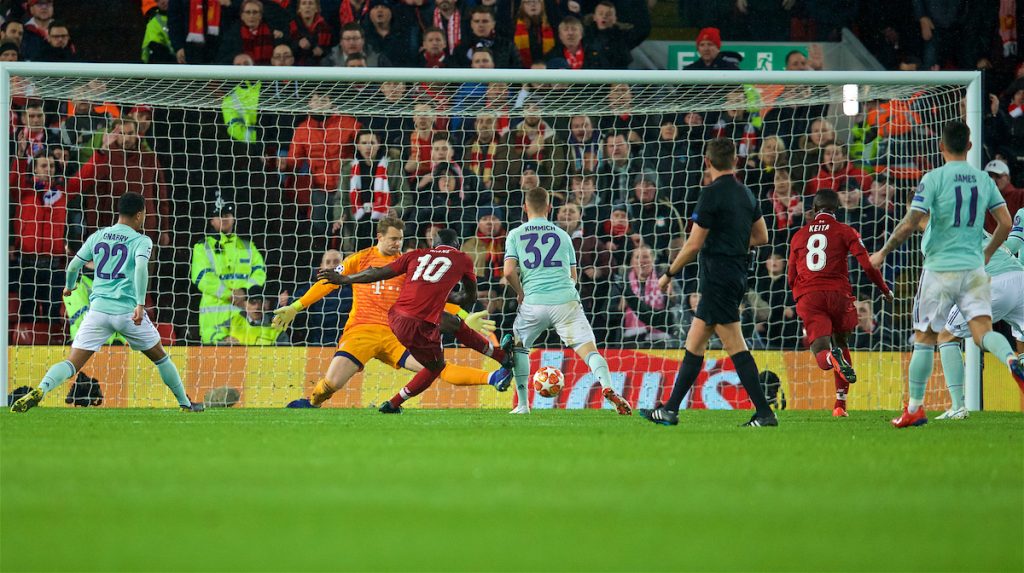 Quiet night for Mo tonight. Couldn’t quite get away from their clutches, half chances went the other way, people got in his space. One of them.

Thought he was good first half. Linked the play, dovetailed with Naby really well, made space, found space. Missed him when he went off and Big Div the invisible come on.

Scored the winner against the Blueshite.

“We go again against Manchester United.” ✊

🗣 Subscribe for all of our reaction to Liverpool’s 0-0 draw with Bayern Munich 👉 https://t.co/XZAK9veWt7 pic.twitter.com/HsYu7oU9e1