Have Liverpool Handed Man City The Title? It’s All About Perception 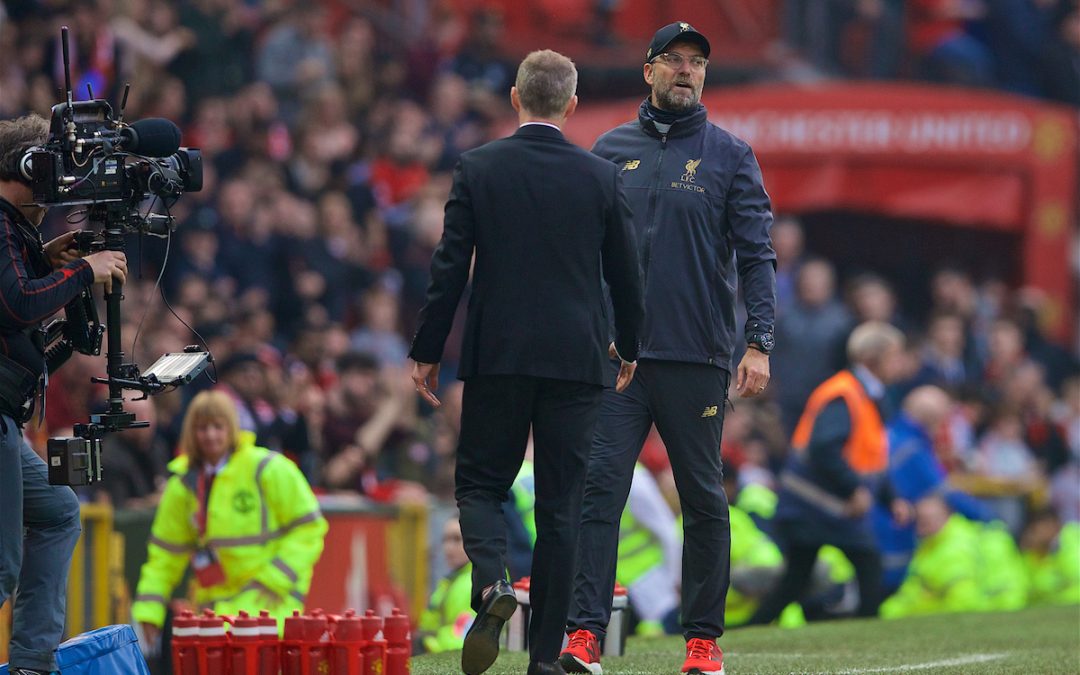 IT’S a phrase that has long since fell into cliché, and for many the name of the man that delivered it will mean little in the modern day.

But retro, clichéd, or otherwise, Jimmy Greaves still had it dead right when he routinely described football as a “funny old game” to Liverpool legend Ian St John on 1980s show Saint and Greavsie.

Because it is, isn’t it?

Take yesterday for example. Across the 90 minutes at Old Trafford, Liverpool didn’t play well. The team, the tactics, the substitutions – all can be caned and criticised (and have been). Liverpool could and should have done this, should have done that. The manager got it wrong, the players underperformed, the attacking threat was virtually non existent. And on we go.

Throw in a rash of injuries on the day that left Manchester United playing the full game with a player in pain in Marcus Rashford and the match switched in many a mind’s eye from Liverpool’s toughest remaining away fixture to a game that they could and should have won with ease. Come the final whistle, it felt like an opportunity missed.

For many, Liverpool had no longer come away from the scene of just 16 wins in 85 attempts in the league with a decent point. Instead, because of the performance, because of the circumstances during the match, it was another disappointment to bolt onto the recent draws with Bayern Munich, West Ham and Leicester City.

And yet The Reds are still top of the Premier League with 27 games played and just 11 more to come, a position all too rare for those that have passed through the turnstiles of Anfield for the past 29 years.

What seems to irk so many, judging by the latest round of fan fury unfolding online, is that one person’s accepted “truth” about Liverpool FC isn’t someone else’s.

Some people are freely throwing the towel in, it seems. It’s done, it’s gone, it’s Manchester City’s title to lose and we may as well all go home and forget it. A roaring trade on crystal balls has been done somewhere. Including around and about the Sky Sports studio.

This assumes so many things that no one can possibly know: that Liverpool will definitely drop points again (because if they don’t, they’ve won the league). That Manchester City will definitely win all available points from here on in. The twist and turns are many to come. Yet so many see a straight road.

City, already defeated this season by Newcastle United, Leicester City, Crystal Palace, Chelsea and Lyon, drew a match and performed unconvincingly themselves at the weekend. And had to endure extra time. Plus they are now shorn – like Liverpool with Roberto Firmino – of a key player in the shape of the injured Fernandinho.

Yet a penalty shootout win over Chelsea in the League Cup final has widely been bolted on to the idea that Pep Guardiola’s side are now full steam ahead for an unprecedented quadruple.

And again, we should all step away, right? Give up. Throw our hands in the air. Accept the inevitable.

And that after a point at a place that has so rarely yielded victory and so often resulted in heartache.

It’s frustrating, it’s annoying, it’s stressful that Liverpool have failed to stretch a lead to more than a single point when opportunities have presented themselves.

It’s worrying that the patterns of play, the flow of the football, the touch of the best players, has been too regularly missing since the turn of the year.

And yet Liverpool remain defiant. The what ifs can be positive if you want them to be.

An absolute does not need to be found from whether it was a good point at Old Trafford or a wasted opportunity. It can be both. Four from six versus United this season would have been snapped up at the start of the season given our recent record against Manchester United.

That they have started badly, changed managers and become the form side in the top flight doesn’t alter the fact they have remained strong at home, losing only once in the league.

Another funny thing. Given the level of performance from Liverpool yesterday, how the game went, how Manchester United were lifted by remaining in the match, how the crowd produced an atmosphere worthy of the number of people in there for once and lifted their team, isn’t there an argument to say Liverpool got away with one, and in fact the point is a good point?

This isn’t to spin for the sake of spinning. It was clear the manager wasn’t happy with the performance. The team, and the individuals that make it, can’t have been happy either. 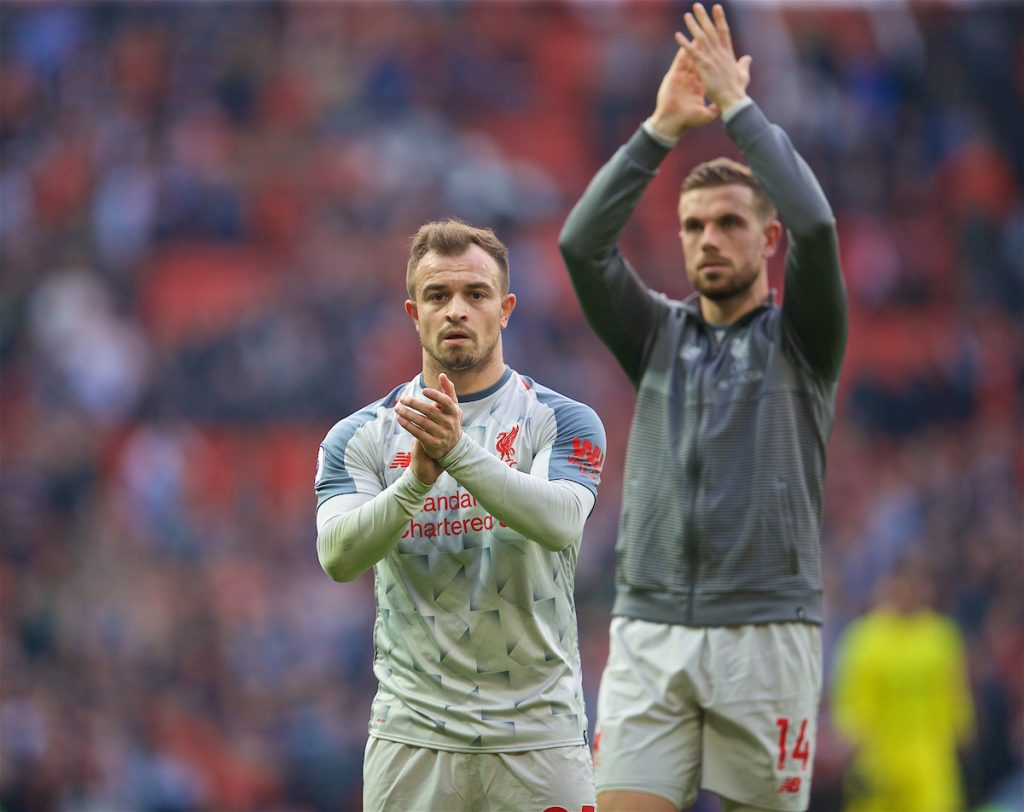 But if Liverpool win on Wednesday, and are victorious in the Goodison Derby, both of which they are more than capable of, and remain top by at least a point next week (because nobody knows what City will do against West Ham), do things seem so bad?

The bookies now say Manchester City are favourites to win the league. Not so long ago it was Liverpool. Spurs were once short odds. Now you can get 80/1 on the North Londoners.

A look at the fixture lists shows City with a trip to Old Trafford of their own to contend with. They also face Tottenham four days earlier.

They look the most likely opportunities for City to drop points. But who knows?

A trip to Selhurst Park can be tough. Burnley is no easy place to get points. They have both on the horizon. Throw in injuries, form, fitness, and as a Scouse singer once said on another show you likely don’t remember, “the unpredictable, that’s the surprise you see”.

View Liverpool’s title challenge through the prism of a stuttering show at Old Trafford and it’s easy to get tangled up in negativity. Widen that view, and you’re back with something extraordinary in focus.

It’s a funny old game. And only in May will we really know who’s laughing.

For more reaction to The Reds’ draw at Old Trafford, SUBSCRIBE to TAW Player…

“We were almost trying *too* hard, trying to be *too* precise, but the game just kept breaking down.

“It was a very Mourinho-esque performance from Manchester United.”