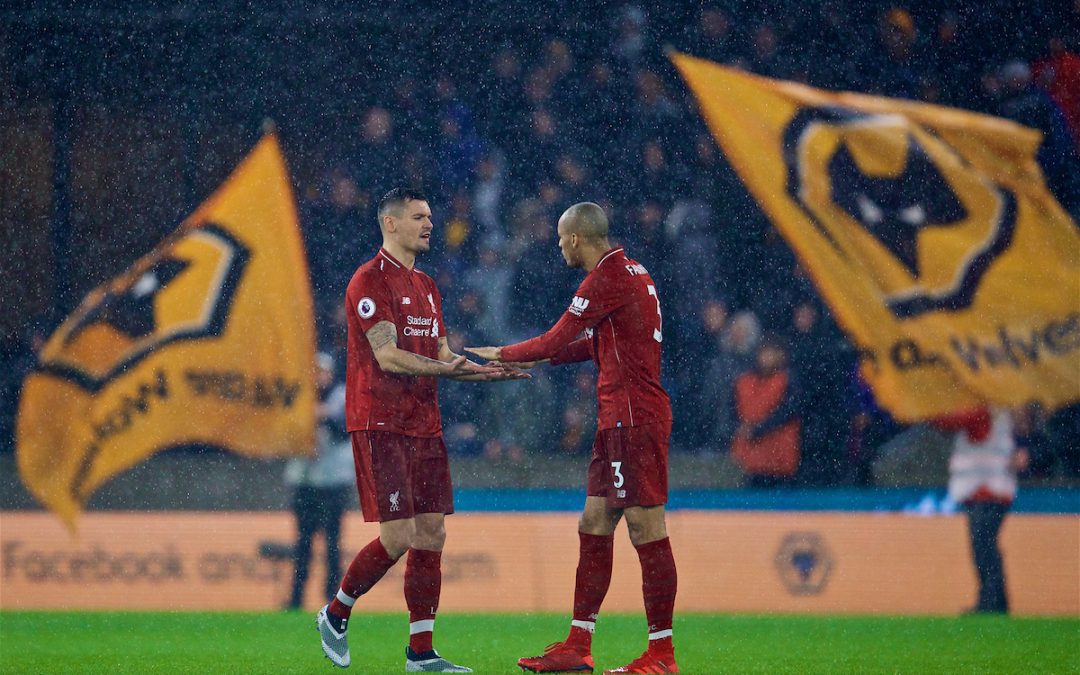 I’d like to be able to say we should just treat this year’s FA cup with total disdain. Many years ago though, that competition was good to me and it was good to Liverpool Football Club.

Bill Shankly isn’t Bill Shankly without the cup. Kenny Dalglish’s legacy would be diminished a bit without that historic double win in 1986. I was at Wembley in May of that year to see us beat Everton 3-1 and lift the FA Cup. I turned to my brother at the final whistle and declared “this is the happiest day of my life”.

I was 19 then, and I’ve had some special life-affirming moments since, but nothing has ever clearly topped how I felt on that day. Purely, unambiguously, content.

I’m not just letting the FA Cup rot. Of course I’d take early elimination if it ensured us the league. But I’d see my house burn down, my kids get expelled from their schools, and maybe have a minor limb removed, if it meant The Reds would win the title.

I’d make the sacrifices but they’re not things you actually want to happen. In turn, I’m not going to talk myself into all but wanting us knocked out of the cup as soon as possible. I’m not going to not enjoy the modest hope that Liverpool might yet win this season’s competition.

There’s an expectation that Jürgen Klopp will play the kids at Wolves and rest his entire first team. He won’t, and the main reason he won’t is because he doesn’t have a first 11. 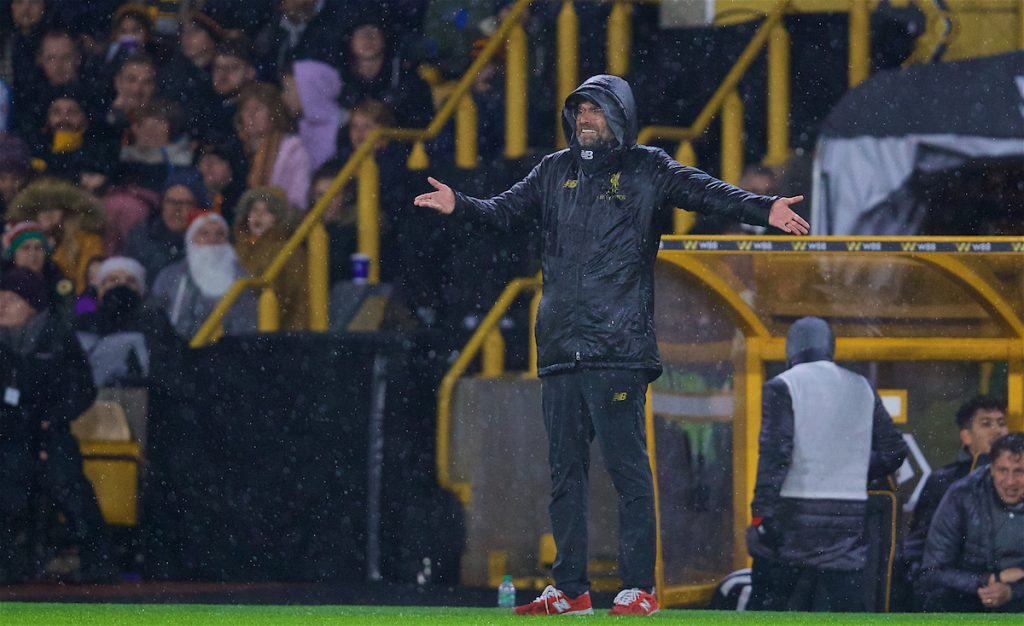 There are five outfield players who Klopp will treat as sacred cows. Partly because they’re so good and partly because the cover in their positions isn’t strong enough. The big five are of course Mo Salah, Bobby Firmino, Sadio Mane, Virgil van Dijk and Andy Robertson. It would raise eyebrows if any of these men started at Molineux.

Beyond these mainstays though, the manager has resources to put out a powerful enough Liverpool team. In the midfield, Klopp has a surfeit of talent and options. It has to be just about the most rotated Liverpool midfield in history too.

The most minutes played by a Liverpool player this season is 1890 mins by the keeper, Alisson. That’s every minute of every game. Only Gini Wijnaldum comes close to matching that workload having played in 1594 of the 1890 possible. The captain, Jordan Henderson, has played 964 mins, James Milner 1125 mins, Naby Keita 742 mins, Fabinho 806 mins and Adam Lallana 202 mins. Clearly Liverpool’s midfielders do not need resting, Wijnaldum aside.

If Wolves were licking their lips at the prospect of facing Liverpool’s under 23s, they’re going to be disappointed.

There’s talk of academy wonder boy Ki-Jana Hoever being pitched in, but although he’s winning new admirers every time he kicks a ball, and trains with the first team at Melwood, the odds of Klopp just dropping in a 17 year old kid seem remote. Hoever can play at right back, and although we should expect Trent Alexander-Arnold to be rested, it’s likelier that James Milner deputises in the position than the rookie.

Across the rest of the defence it seems certain that Albie Moreno will facilitate Andy Robbo getting a break, while Dejan Lovren should be asked to go again in the continuing absences of Joel Matip and Joe Gomez.

Big Virgil, the rock upon which Kloppo is building his temple, is so very deserving of a rest and the smart money should be on Fabinho being required for a rare cameo at centre half. Alisson will make way for Simon Mignolet in goal and, if Liverpool get knocked out by Wolves, it could well be sunny Si’s last appearance in a Liverpool shirt.

In the middle of the park, Naby Keita starts because he needs games. For one reason or another he’s been underused. Desperate to show he’s not as finished as too many fans reckon will be Adam Lallana. It would signal that he very much was if Klopp overlooked him for a fixture like this one. 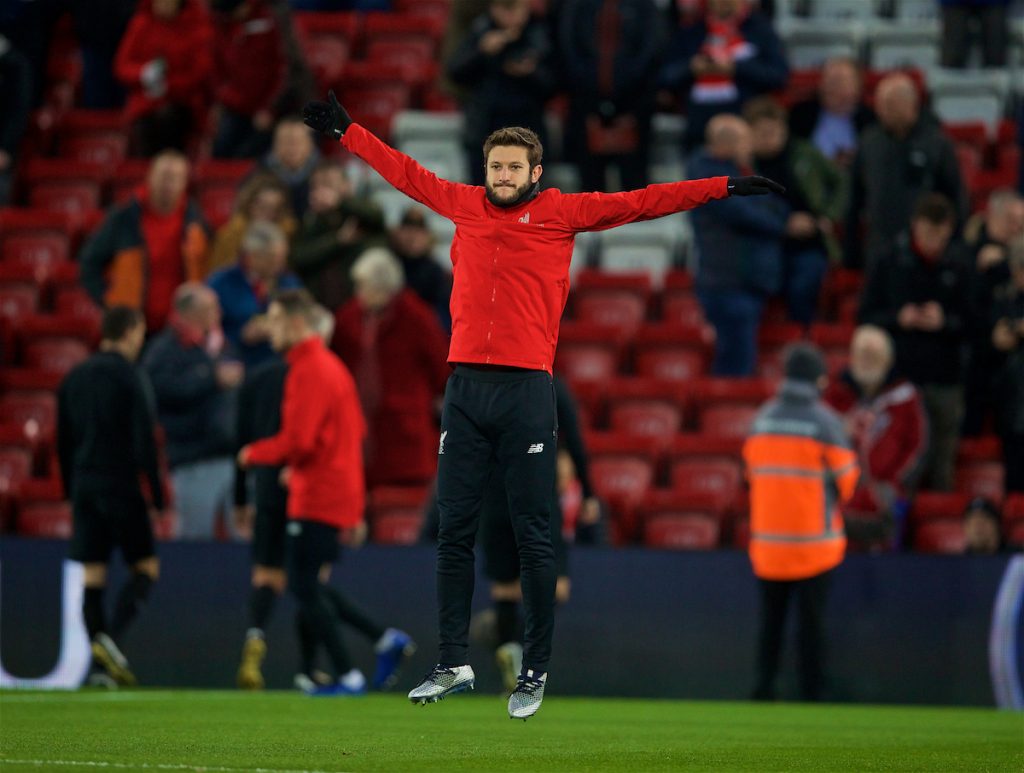 Who to partner Naby and Adam, then? I think it will be the captain. He’s only played half the available minutes this season. He’ll anchor an attacking-looking midfield.

Up top, Xherdan Shaqiri gets his start. It could well be as the spearhead of a 4-4-2 diamond formation, with Hendo at the base, and Keita and Lallana in the wide half spaces. That leaves twin striker berths to be filled and those surely go to Daniel Sturridge and Divock Origi.

Both can claim they’ve never let their manager down when called upon this season. Sturridge has played in just 264 minutes but has scored goals whenever called upon. Origi has managed 72 minutes but has a last gasp derby winner under his belt and the potential to write another chapter of a disjointed Liverpool career.

The Wolves have no need to rotate, becalmed as they are in mid table. The weird thing is that some sides of their ilk do decide to make changes for the cup, as if being able to amounts to a status symbol of sorts.

Wolves manager Nuno Espirito Santo doesn’t come across as a stupid man, so don’t expect him to throw a weakened Liverpool side any bones. His team were well beaten by The Reds three weeks ago, but they made us work for it.

Shorn of our first-choice attack, we will have a job on our hands to knock Wolves out at the first time of asking. There are Liverpool players with points to prove and a manager to convince, though.

Whatever 11 Klopp opts for, expect a Liverpool side with the appetite for the occasion.

For more buildup to the Wolves game, and extensive reaction in the immediate aftermath, SUBSCRIBE to TAW Player…