How Fabinho’s Character Helped Him Kickstart His Liverpool Career 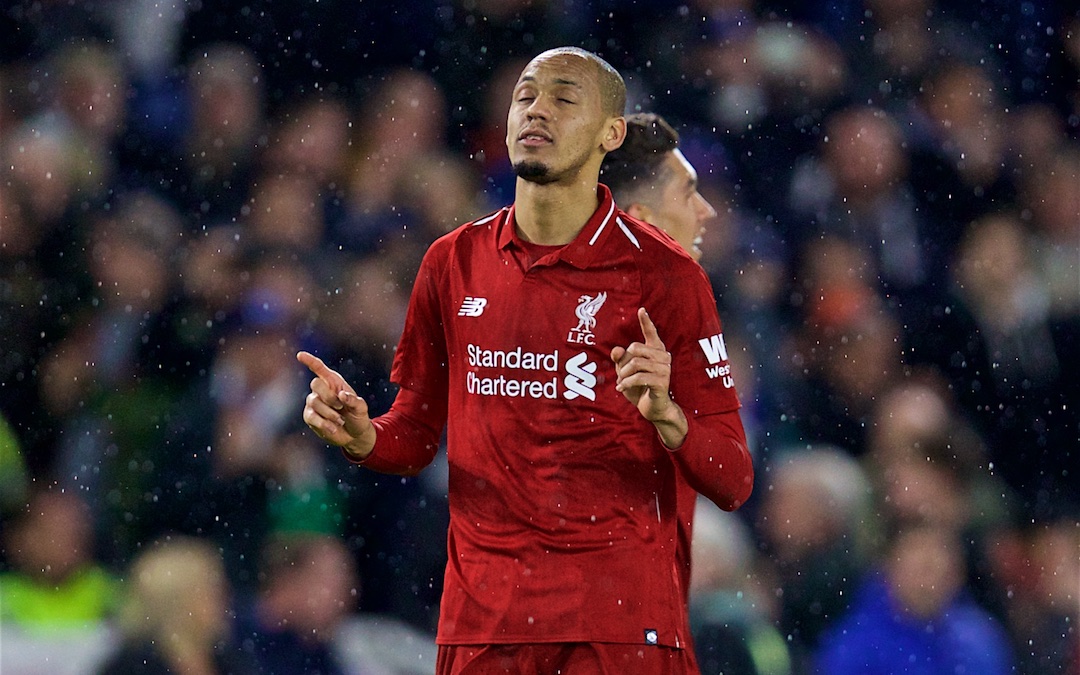 ALL week it had never been far away from the lips of pundits and the fingertips of football writers.

The Reds, so the oft-repeated line went, were facing a living nightmare by heading for a tough-looking away at Brighton with only one senior centre back at full fitness.

Most expected Fabinho to step in to partner Virgil van Dijk at The Amex, and so it proved. Yet despite a decent enough performance in the very same position in the FA Cup versus Wolves, it was pitched as a problem over and over – especially after the first back-to-back defeats for Liverpool since May.

On the BBC on Saturday, Martin Keown even went so far as to offer the definitive statement that if Liverpool didn’t win on the South Coast they couldn’t win the league. Wow.

So much of football journalism – and reporting of life in general – plays on the negative, prays on fear and, essentially, looks to stir the shit. And with plenty of fans willing – and whinging – Liverpool to failure, any problem talk no doubt pulls in the hits right now.

It all could have added to the pressure that only naturally comes with topping the league. Inside the bubble of Liverpool FC though, they’re just cracking on – and that’s a trait that shouldn’t be underestimated as the games tick down.

Plenty of players, managers and fans would perceive a midfielder, and occasional right back, lining up at the centre of defence in a must-win game as a problem. And they would most likely say so – before, during and after.

Yet all in red had shrugged their shoulders.

Jürgen Klopp had been coolly delivering the idea that Fabinho could fill in for a while. So why would he sign a centre back, he asked.

And after previously turning to Emre Can and Gini Wijnaldum in defensive positions, the precedents were already set for shifting players out of their natural positions.

Everything is fine, was the vibe. And when it came to game time, Fabinho was in tune with his manager.

His stomach for the fight was summed up in the early vignette of his tussle with the no-nonsense frontman Glenn Murray. A flooring from the forward may have shook some, but not the big man from Brazil who – coincidentally, of course – managed to mete out some similar treatment to his foe shortly after.

It wasn’t a flawless performance; Fabinho would probably readily admit he was caught under the ball at least once. But it wasn’t far off for a man playing out of position in the absence of Dejan Lovren, Joel Matip and Joe Gomez.

Across the 90 minutes versus Brighton, the former Monaco man managed five clearances, blocked two shots, had an interception and a tackle to his name, and won six of his seven duels for the ball. A highly respectful 85 per cent of his passes found a teammate, too.

From worries that this was a misfit Liverpool had blown £40million on, Fabinho has quietly got on with his job, got better and better in red, and after looking on from the stands as little-known journalists steadfastly insisted he was unhappy, he has now clocked up 12 starts for The Reds.

It is clear that Klopp is very demanding of his players. But once you meet those demands, you’re in and he’ll back you. 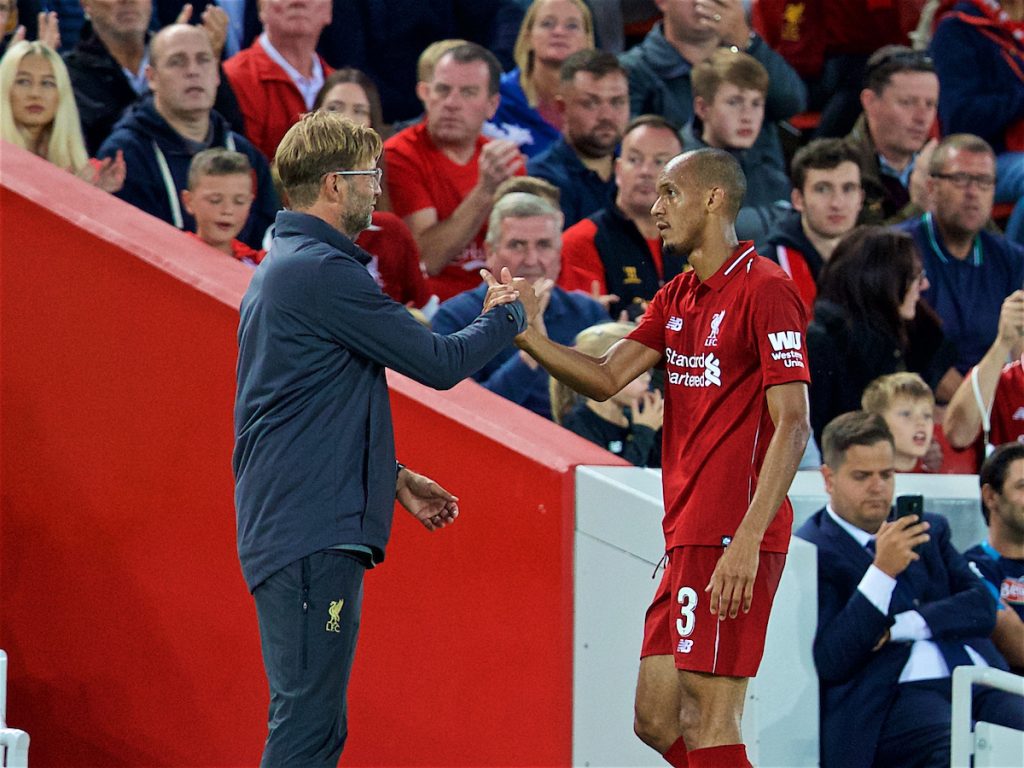 That Fabinho needed some time to acclimatise to his new surroundings was no surprise to anyone who has watched this Klopp side develop. As Andy Robertson put it: “Me and Chambo experienced it last season. Naby is experiencing it a wee bit now, Fabinho has experienced it, Shaq has experienced it.

“Fabinho took his time and now we are getting the rewards from it. Of course, he would have preferred to play further forward in the last couple of games but we needed him to help keep a clean sheet and we managed it so all credit goes to him for that.”

And it’s not just on the pitch where Fabinho has been putting minds at rest. He told L’Equipe: “I never thought of going elsewhere. I know a lot of things were written in the newspapers, but it wasn’t true. What’s funny is that this PSG loan story came out just before our Champions League match.

“I had already experienced a similar story the day before the Coupe de la Ligue final between PSG and Monaco. It’s a strange coincidence, isn’t it?”

Further, it is the simple feeling that we have another player at Liverpool that gets it, that has the right character traits to succeed. That is a bit steely. That is in the right place mentally to help steer this side to the success we all crave.

Any credible title challenge is about overcoming adversity. About finding a way. About winning. Just win. Any way. Anyhow. Anywhere.

Do all expensive imports suck it up and accept it when they’re left out of the side? Do all players with big price tags crack on when played out of position? Clearly not; we’ve seen plenty of examples of disruptive stars operating in the Premier League this season alone.

Fabinho, though, isn’t one. And like Robertson and Oxlade-Chamberlain before him, it looks like the only way is up from here.