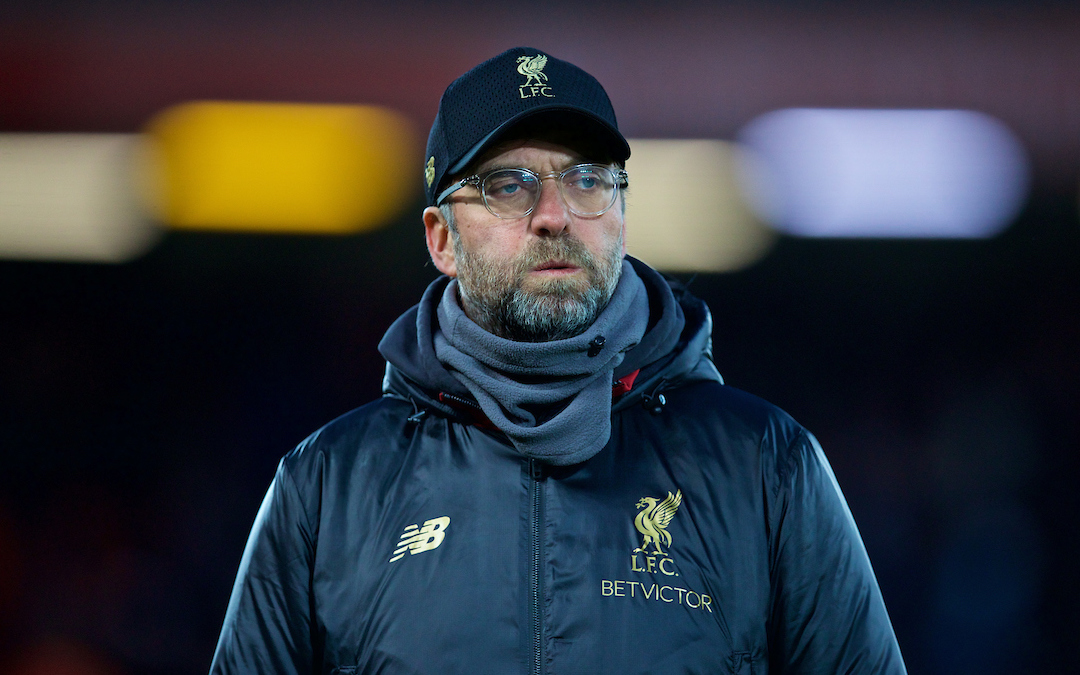 THERE’S something about a game on the edge of Christmas. Tensions are heightened in the best way.

The seasonal context inexplicably enhances the sense of excitement. Maybe it’s because we allow ourselves to be lovingly brainwashed from a young age to associate everything about this time of year with the most glorious sense of anticipation.

We aren’t just going to Molineux this Friday night to get three points, we’re on a mission to win Christmas. And there’s a league title being chased down too.

Right now, Liverpool are champions elect. We’re being allowed to savour this mantle for a good period. We took it at Bournemouth nearly two weeks ago, and we’re looking increasingly equipped to fulfil our destiny.

I want us to beat Wolves on Friday night, and then Newcastle next Wednesday so that we can all feel this way for yet another full week.

Kids often say to me: “Hey old timer, what was it like to be a Red and see them win all those league titles?”

Well, funny thing is young ‘uns, I don’t really remember the exact moments we were crowned — when the winning of the league became a fact. I do recall the mood of the seasons, though. I remember times of year when things felt that they were moving our way. I had a sixth sense in certain campaigns that it was our time. Those ancient great Liverpool teams had moments in seasons when they’d truly click into gear. We could sense it, we could see it.

A month or so ago we were a good team having a good season. There was a sense, though, that we were moving towards a turning point of sorts. Would we fall back from our trajectory and come to expect merely mortal rewards for this season, or would we “click”, find our true greater selves and push on?

Jürgen Klopp’s Reds have been emphatic in their response to these ponderings. Six straight league wins and Champions League qualification tells its own story. Drill down deeper and there’s been so much to savour.

The renaissance of Mo Salah, the ebullience of Xherdan Shaqiri, the relentlessness of Andy Robbo, the majesty of Virgil van Dijk, the coming of Fabinho. All across the park, throughout the squad, individual after individual is writing his own history. No one accepting being passenger.

None shall keep down Joel Matip, Divock Origi or Nathaniel Clyne. Liverpool are a bandwagon all are now clinging to for dear life.

The spacing of fixtures around Christmas is something that shocked Klopp when he first started working in England. Mere 48-hour gaps between games forced him into some extreme lineup choices. This winter, things are a little different.

Liverpool will have “rested” for six days by the time they face Wolves. There’s five days’ respite, then to Newcastle. Arsenal arrive at Anfield four days after that. By English football scheduling standards, this is as relaxed a programme as a manager could wish for.

Regardless, I think the manager will look to give each player at least one game’s respite over the period. For instance, I’ll predict that Salah will be benched for Newcastle on Boxing Day.

Wolves, though, Klopp may view differently. It’s the gateway fixture to the Christmas bundle. He will want this game won and dusted. That means he sends Liverpool out as strong as possible.

Wolves, with three straight wins and an enviable record against the league’s top six will be a serious test for the potential champions of England. That will not deter Klopp from reverting to his long-time favoured 4-2-3-1 formation. That will necessitate a recall for Shaqiri, and boy does Xherdan deserve it. His two goals that served to get a Manchester United manager sacked ensure him a place forever in our folklore. 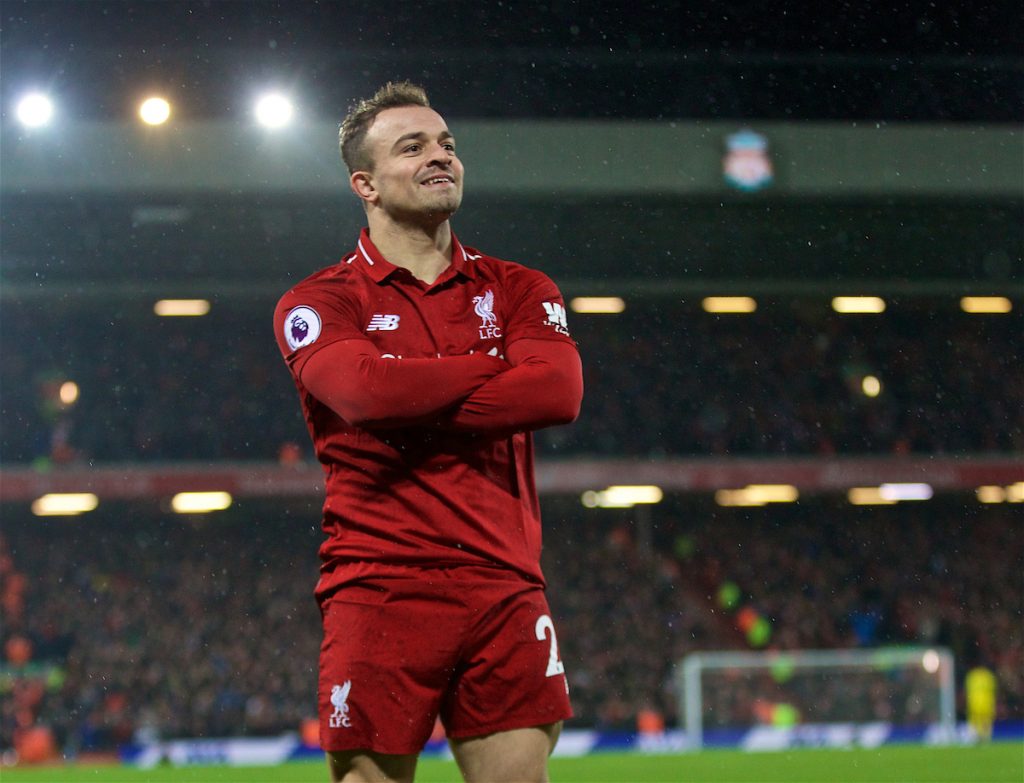 But Xherdan isn’t content with cult-hero status. He wants to push on and show that he’s the real deal.

Klopp will likely pick four of the back five that played against United. He must decide between fit again James Milner and a reborn Clyne for the right-back position. Both have durability issues at the moment (Milner back from injury, Clyne possibly match rusty) and the Liverpool manager will make his decision based on what he sees in training this week.

If Klopp does recall Shaqiri and go 4-2-3-1, it will mean at least one of his central midfielders having to make do with bench duty. My hunch is that we’ll see Gini Wijnaldum and Fabinho given another chance to develop a partnership, with Jordan Henderson saved for Newcastle on Boxing Day and possibly beyond.

Wolves may be feeling buoyant and very much at home in the top half of the league right now, but they have not had to face the country’s in form and most irrepressible front four yet. We’ll be setting off nice and early for our trip to Wolverhampton on Friday night. The motor’s been winter readied, the pre-match pub chosen and forewarned, the gang are giddy with excitement and anticipation.

For more buildup to the Wolves game, and extensive reaction in the immediate aftermath, SUBSCRIBE to TAW Player…

“Saying ‘I hope we can go the season unbeaten, and that it can be done and why not?’ is perfectly acceptable.”