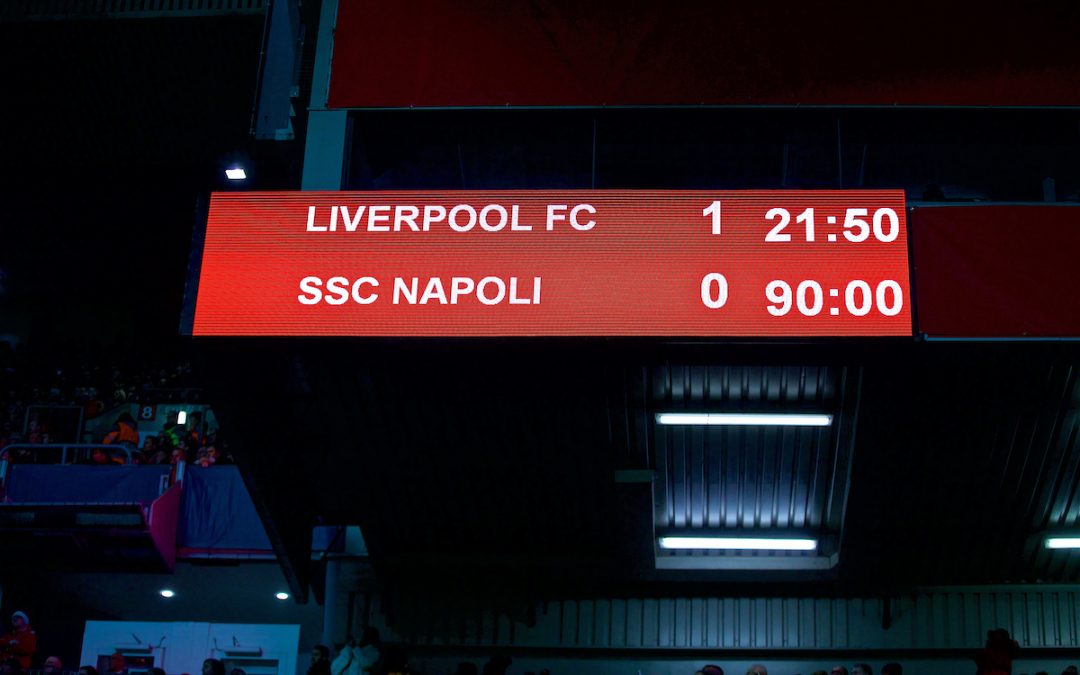 Liverpool progress to the knockout stage of the Champions League thanks to victory over Napoli by one goal to nil.

Despite almost total dominance over Napoli the result was far from straightforward, but Jurgen Klopp got his team set up almost perfect.

Joining Neil Atkinson is joined by Sean Rogers for the definitive look back on the Reds win over Napoli.

To listen to the full edition of ‘The Review’ for the final word Liverpool’s victory over Napoli, as well as immediate reaction post match for every Liverpool fixture, subscribe to TAW Player…