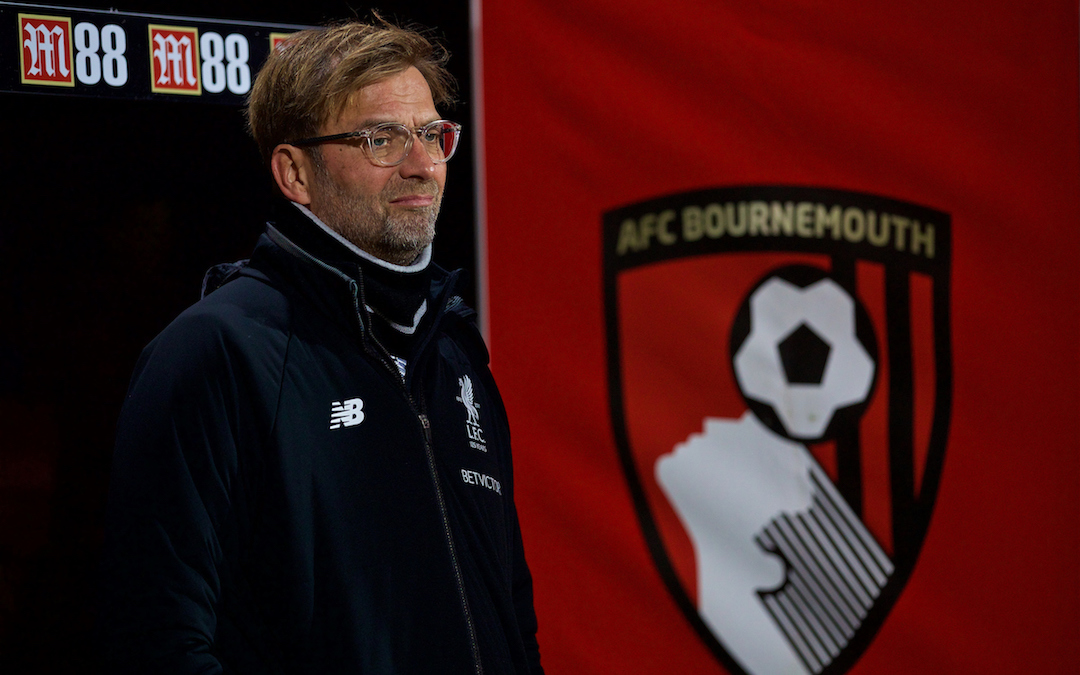 MY first league match missed this season will be Liverpool’s 15th.

I’ve set out to do the full 38-game complement on about 10 occasions, but always come up short by a fixture or two. I’m like a metaphor for past Liverpool sides. We’re all nearly people, ultimately.

Fate has conspired again, that in a campaign where Liverpool have a real chance of amassing a title-winning points total that there’s concurrently another show in town that’s also peaking. Bob Paisley’s heroes of the late ’70s and ’80s never really found themselves chasing it or being chased down by comparable footballing behemoth to today’s Manchester City.

In that era the second-placed team to champions Liverpool varied every time. The likes of QPR, West Brom, Nottingham Forest, Ipswich and Manchester United all threatened the red hegemony but never for any sustained period. These sides were rarely capable of putting back-to-back top-four finishes together, let alone sustain title challenges.

In the modern era, just as Liverpool teams have threatened to click, a rival or two will have been simultaneously taking their own games to a higher plane. Gerrard Houllier’s 2001-2 team won 12 of their last 14 games, leading the table with around eight weeks to go, but ultimately found themselves in the slipstream of Arsene Wenger’s “invincibles”.

In 2005-6, Rafa Benitez’s side again breached the 80-point barrier but couldn’t keep pace with an awesome Alex Ferguson-inspired Man United team. Similarly in 2008-9. In that run in, The Reds kept on winning by margins, but another Ferguson team simply matched them stride for stride.

I won’t even begin to dwell on the cruelty of 2014. Can there never be a season when we’re good enough and the main rivals just melt away? It happened so routinely in the past. It even happened to bloody Leicester City three years ago. It’s never our turn, though. Or so it seems.

This weekend City go to Chelsea as we travel to Bournemouth. It is undeniably a pivotal weekend in our season. If we are to take them, then we simply must outpoint them on weekends like this.

Jürgen Klopp would, of course, say “we cannot affect their result, we must only worry about ourselves”. He is correct, but in reality this is what chasing down the 100-point incarnation of Manchester City relentlessly entails.

At this season’s start, Liverpool were being roundly backed to be the primary threat to City’s crown. To be fair, we have for the most part worn this mantle well. The intensity of the fixture scheduling at this time of year brings Liverpool’s task into sharp focus. Where earlier in the campaign we could savour matching a City victory with a three-point grab of our own for a week, or more (because of the plethora of international breaks), now we have merely days.

The pressure is relentless. You could feel it as a physical thing as Anfield shook with relief as much as ecstasy at Divock Origi’s 96th-minute winner against Everton a week ago. Evertonians may have taken some small compensatory satisfaction in the emotions of victory witnessed at Anfield, but grown Reds were weeping more at the respite of being kept alive in the title race than they were in getting one over on the old enemy.

As if the pressure couldn’t be ratcheted up a further level, if Klopp’s team lift their heads to the immediate horizon beyond Bournemouth they will see massive challenges looming. Napoli in a shit-or-bust game next Tuesday, swiftly followed by a Premier League encounter against Man United. 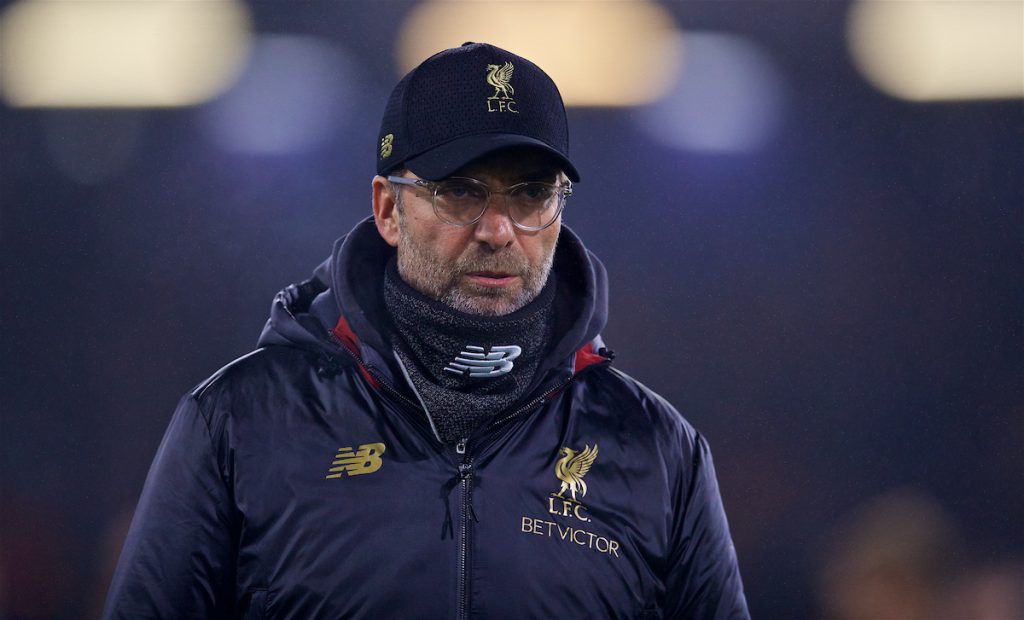 When the FA Cup draw placed us away to Premier League opposition (in Wolves) in the upcoming third round, it felt like just another piece of wretched fixture scheduling of the kind that has tested us to the limit all season long.

We have no choice but to just get on with things. Klopp must again shuffle his pack as an act of faith as much as reason. He has to believe that his main men can deliver and transmit that belief to these to-be-counted-upon deputies.

So to Bournemouth where we tend to see goals and a game. We’ve scored seven down there in our last two visits, but shipped five. Won one, lost one.

The Premier Leagues also rans seem to take turns in their good season/bad season cycles. Last year Sean Dyche’s Burnley were the insurgency. This year it is Eddie Howe’s Bournemouth.

We’re in the business of treating all “imposters” exactly the same. With a focus and a ruthlessness that we hope may see us look up one fine spring day, and find ourselves top of the lot.

For more buildup to the Bournemouth game, and extensive reaction in the immediate aftermath, SUBSCRIBE to TAW Player…

🎥 Watch this week’s ‘Preview’ show, looking ahead to Liverpool’s trip to the Vitality Stadium on Saturday, in full here on our YouTube channel 👉 https://t.co/zYpTVAFjE2 pic.twitter.com/39jr1ftozK