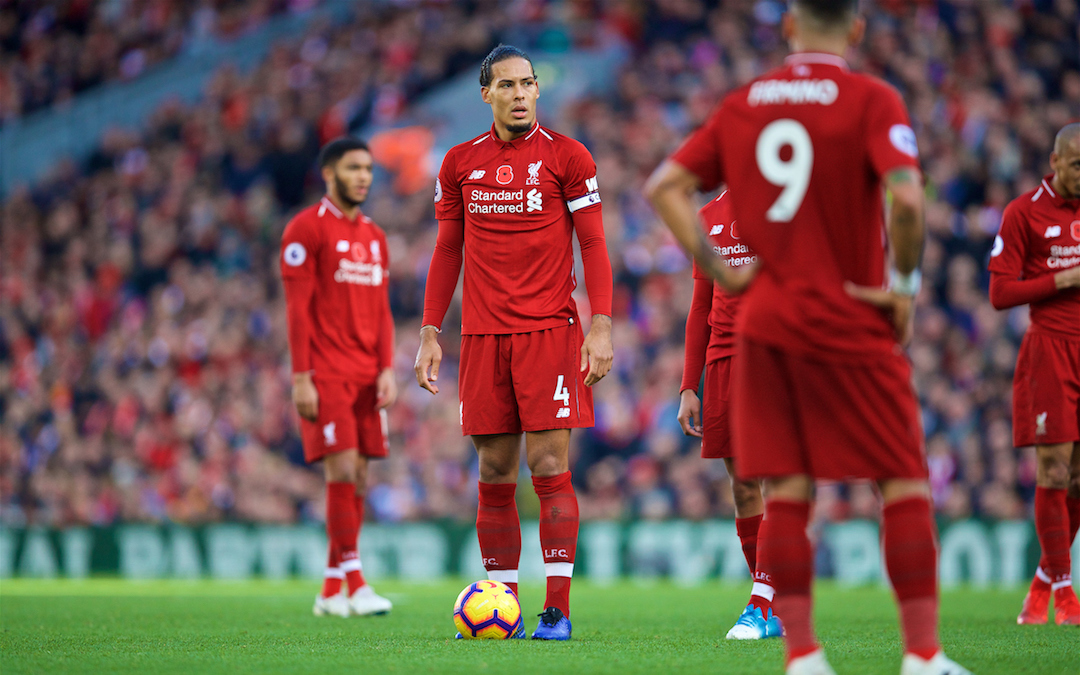 EVERYONE see Virgil van Dijk being the best fella in the world the other night? Great, wasn’t it?

Scoring last-minute winners one minute, consoling an emotional referee after a heartbreaking day the next. Like the hero we all need and deserve. It almost made me go away and try and understand the Nations League.

But I just had a lovely think about Virgil van Dijk instead. I still pinch myself that we managed to get him. That the fittest girl in the disco looked around the dance floor and, of all the potential suitors, picked us. That day in Blackpool must have been something else. Must have got a massive bag of chips.

With the benefit of a little hindsight, it is arguably the most impressive transfer Liverpool have completed this century. Sure, we have bought some brilliant players in this time, many of whom have become world stars. But even for the likes of Luis Suarez, Fernando Torres and Xabi Alonso, there were questions marks at the time. Everyone was looking at them, of course, but while others dithered, Liverpool pounced. They became world class at Liverpool, we were buying potential — albeit very exciting potential.

Van Dijk was at the top of his profession, which the transfer fee Liverpool had to pay reflected. He will probably develop further, which is terrible news for Premier League strikers, but he was already the real deal when we got him. At Southampton, he was the best defender who visited Liverpool by a mile.

I rarely notice opposition players, to be honest. I’m too transfixed on telling our lads what they should and shouldn’t be doing, and trying to move them about the pitch like Subbuteo players. But your eyes couldn’t help be drawn to the massive centre half who seemed to make it all look so easy.

“He needs to start scoring for Liverpool… if only for our song!” 😅

That’s the thing with Virgil. You wouldn’t say he is all action. He certainly wouldn’t jump out at any scouts if you were just looking at defensive statistics. In terms of tackles per minute he’s 13th this season for Liverpool — by comparison, Dejan Lovren is first and Joe Gomez seventh. He’s level with Gomez on interceptions, but behind Trent Alexander-Arnold and Fabinho. He’s just behind Lovren on aerial clearances per minute, ahead on blocks.

So what is the excitement about? Well, some defenders just seem to be able to do things with a minimum of fuss. Those who watched Alan Hansen say he could have hung his shirt up in the dressing room after each game ready for the next one, as there wasn’t a mark on it. The only sweat he’d break was when striding forward with the ball.

It is something that van Dijk has talked about. Saying this week that he doesn’t even like to make slide tackles. He’s a defender who knows the main strengths of the position are reading the game, positioning and staying one step ahead. How sweeping up is better than last ditch. How a gentle nudge can be more effective than a big tackle.

I know a lot of Liverpool defenders have been compared to Hansen too soon over the years — and at least one of them turned out to be Dominic Matteo — but Virgil is one who deserves it. He doesn’t have the trophies of Hansen yet, but he’s turning heads around the world just the same. In the conversation for world 11s. Being talked of in the same breath as the very best.

Here are some better statistics for you. Liverpool have conceded just 15 goals in 27 Premier League games since van Dijk signed, and only five this season. He joined a defence that was used as a punchline and turned it into one of the most formidable in the league.

Remember when we thought van Dijk couldn’t solve all our problems? Mad how he did.