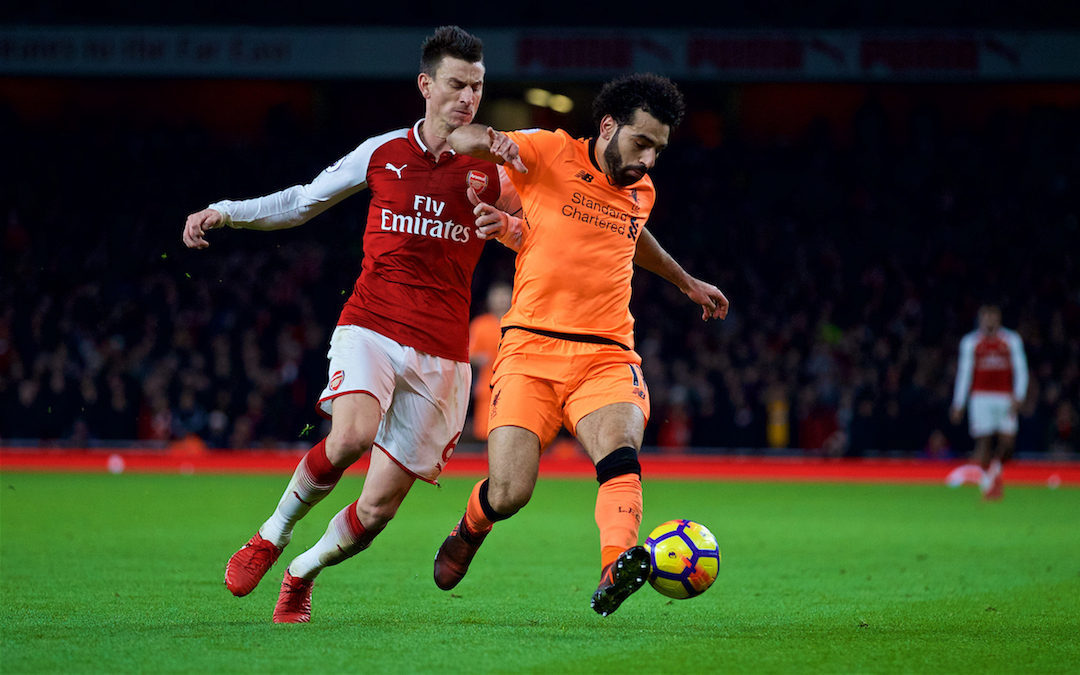 THERE are good times to play teams.

When they’ve won 10 on the spin isn’t one of them. When they’ve ended that run, regardless of the manner in which it ground to halt, that is the sweet spot moment.

Arsenal conceded late and drew at Crystal Palace last weekend. They are ripe for the taking.

Three weeks ago, we’d stopped winning. In fact we’d taken to losing. Two defeats (to Chelsea and Napoli) in a week preceded the visit of Manchester City. We were vulnerable and City were/are good.

We navigated our way to a draw the afternoon City came to Anfield. And despite Riyad Mahrez’s late penalty miss, we were worth our point. I think that single point will come to be seen as worth something more within the context of the totality of our season. It was a good time for City to play us. We were there for the beating but resisted. The gods were thwarted.

I always look ahead to derbies, weeks ahead, and track Everton’s form. I’m broadly happy if they’re doing well and feel good about themselves with a month to go. It’s just enough time for their latest revival to peak and then inevitably peter out. Just in time for The Reds. Timing is everything.

Liverpool are in the right place at the right time. Two four-goal wins in the past week have served to correct a needlessly growing misapprehension that our world-acclaimed front three were a flash in the pan phenomenon. Between them, they’ve plundered seven goals in two matches.

A further bonus is that their primary understudy, Xherdan Shaqiri, is also at last in on the act, slaloming his way to a first Liverpool goal against Cardiff last Saturday.

The two wins halted a mini slide that had seen Liverpool winless in four, albeit four of the hardest fixtures imaginable (Chelsea twice, Man City and Napoli away). While we were stuttering, Arsenal kept on winning and before last weekend, had reigned the table-topping Reds into within just two points. Unai Emery’s new-look Gooners were the league’s latest insurgency.

Although Emery’s team were delighting Arsenal’s Arsene Wenger-weary following with goals, acute observers noted that the wins being amassed were largely against the cannon fodder of the Premier and Europa leagues. Sterner tests clearly lay ahead.

Crystal Palace, rocking and creaking under Roy Hodgson, didn’t appear to be one of those tests as the fixture approached. Palace roughed up Arsenal though, and made them look every inch their former-life selves of whom it was routinely declared “don’t like it up ‘em”.

Then in the space of minutes, Arsenal turned the game around and looked on course for straight win number 11. But they conceded again near the end and the run, and I suspect also the spell, were suddenly broken. 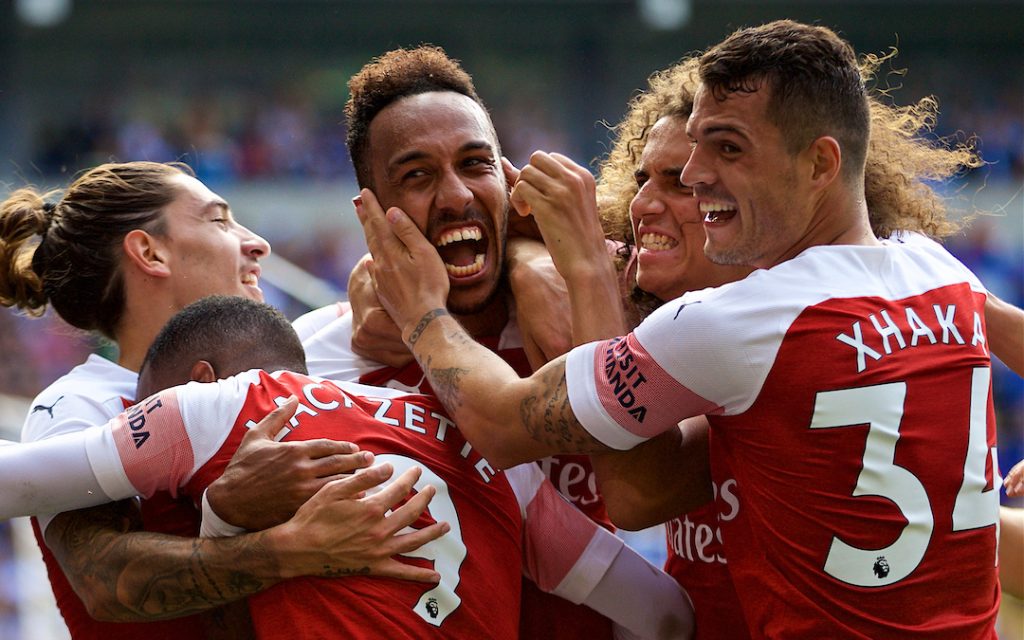 Emery’s issues coming into the weekend are all at the back. Laurent Koscielny has returned to training but won’t be ready. Sead Kolasinac and Nacho Monreal remain doubts, while star right back Hector Bellerin limped out of the Palace match at half time with a muscle problem.

Jürgen Klopp was able to express himself via his team selections for the Red Star Belgrade and Cardiff fixtures. With Liverpool billed as strong favourites going into both encounters, he was able to experiment with formation and personnel. I suspect he’ll not indulge himself further for Arsenal, although injury concerns mean that his final 11 is hard to call, certainly for the midfield.

All being healthy, he’d go for a midfield trio of Jordan Henderson, Gini Wijnaldum and James Milner. In concert, they’ve served him well this season. Henderson hasn’t kicked a ball in anger for two weeks though, and remains an unlikely option for the weekend. If Wijnaldum and Milner are near certainties then, who gets the captain’s berth? It could be a game in which to make or break Fabinho. Maybe it comes just a touch too early to risk the latter. Fabinho is acclimatising nicely, but he’s only started starting games in the past 10 days.

Klopp may choose to be very bold, and start Shaqiri, matching Wijnaldum and Milner as double pivots in a 4-2-3-1 formation. It is also a system Emery has defaulted too more often than not, and it may suit us to effectively go like for like with Arsenal, on the premise that we’re better than they are, across the pitch.

Manchester City went to Spurs on Monday night and to the chagrin of the chasing pack, failed to drop points. That puts the ball firmly back in our court. A draw at the Emirates would represent no shame for us, but my god, a win feels like it could elevate us to yet another higher plane. Our time is now.

“Granit Xhaka at left-back, Rob Holding, Mustafi and an ageing Stephan Lichtsteiner… play Shaqiri with the front three and we’ll blow them away.” ✊