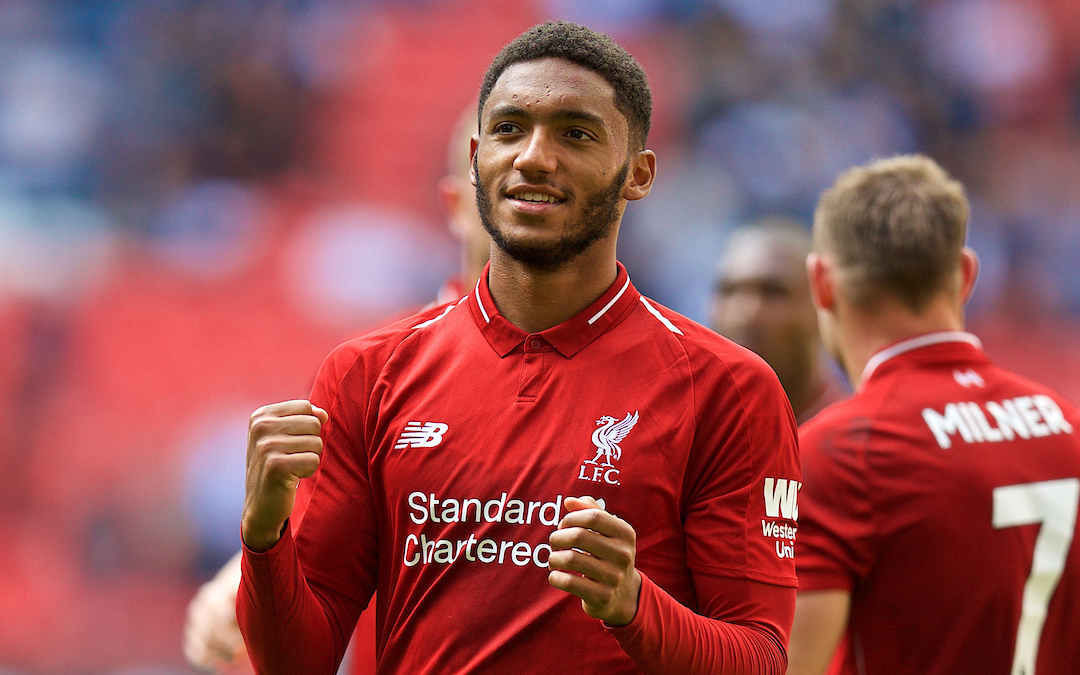 OF all the numbers involved in Liverpool’s first eight games of the league campaign — 20 points, no losses, 15 goals scored — perhaps the most eye-catching is three goals conceded.

It is the joint lowest in the league, along with Manchester City, and seven less than Arsenal — who are one place behind The Reds in the league. Manchester United have conceded 11 more at this stage. Not that they should be bothering us much this season…

Gomez has been composed on the ball and formidable off it, looking every inch the centre half he has always promised to become. So many young centre halves brought to the club over the last decade or so have failed; Seb Coates, Tiago Ilori, Gabriel Paletta, Jack Hobbs, Mikel San Jose, Danny Wilson, Daniel Ayala, the list could go on. Gomez, however, has managed to meet expectation and can only get better.

So why’s Gomez any different? Well, the easiest answer would be he is better at football, but perhaps that’s too simplistic. Many of the above were as highly rated as Gomez, if not higher, when they arrived. Coates was a full international, for example.

It hasn’t been an easy ride for Gomez. He gets in the team early, but then gets injured and doesn’t play for a year and a half. When he comes back he has a disastrous game at centre half against Wolves, as Liverpool went out the FA Cup at home, and only plays four more times that season. It is only now, in his fourth season for Liverpool, that he has established himself in his favoured position. Very few of the others were given as long.

Gomez has certainly benefited from his versatility. Like Jamie Carragher before him, he has been able to help out the team at left and right back, getting valuable minutes on the pitch for the first team. If you can play a number of positions it will always help you, especially in an area of the pitch where experience is so valued.

It is also interesting that he has never been on loan. There are pros and cons to the loan system. You are more likely to play, but you might pick up “bad” habits with different coaching and styles. There must have been a temptation to loan him out at some point for first-team football, but he has stuck around.

Even in the summer there might have been an argument to loan him to a Premier League club and keep Ragnar Klavan. I probably made an argument for it in a podcast somewhere. Instead, Liverpool sold Klavan and then saw Dejan Lovren come back from the World Cup injured and Joel Matip limp off in America, and suddenly he is in the team.

That is the other thing about making it at a club like Liverpool as a young player. Sometimes it is as much about luck and grabbing your chance when it arrives. If Lovren or Matip were available first game of the season, they probably start instead. Maybe Liverpool were looking at buying a centre half, but the right one wasn’t available. There are lots of reasons why Gomez doesn’t start that game against West Ham. I seriously doubt it was the plan back in May.

But he does, and he plays well, and he keeps playing well, and now we are talking about centre-half partnerships for the next five years, and the press are calling him the next Bobby Moore. Things change quickly. Perhaps it is a lesson for us all. That young players occasionally throw in a stinker but it doesn’t mean they won’t make it. That progress is rarely linear and that usually a young player emerges through circumstance rather than careful planning.

Gomez has spent ages telling us he is a Liverpool centre half and now he is. I reckon Virgil thinks he’s boss. And that will do for me.