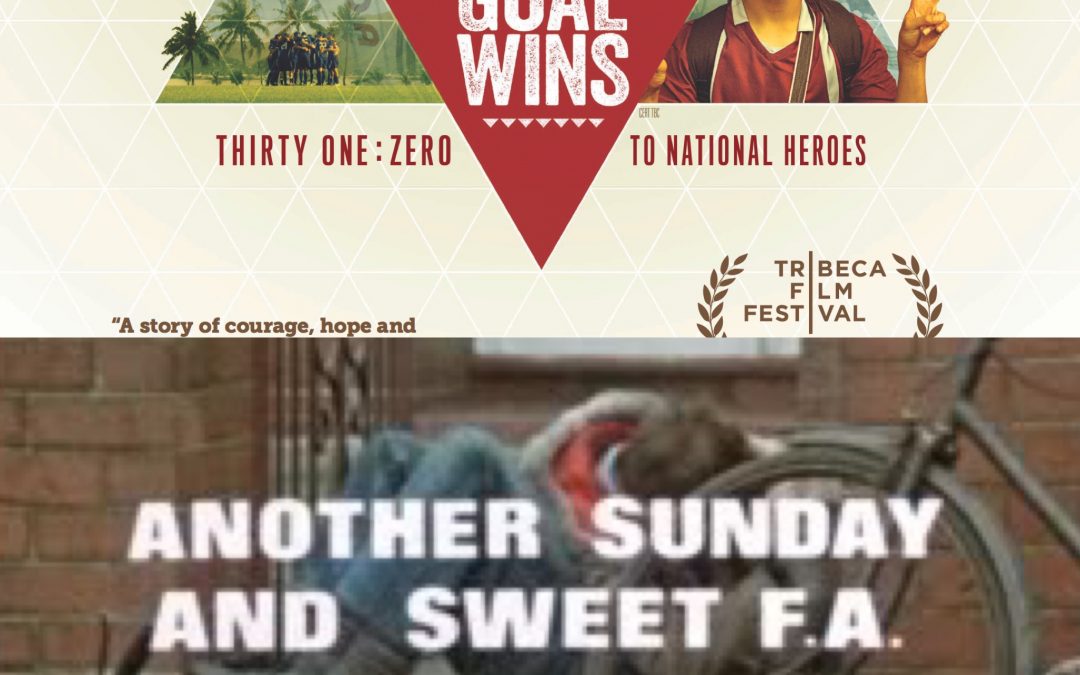 We start with Next Goal Wins, a look at American Samoa, the side defeated 31-0 by Australia and their path towards scoring their first goal as a nation and perhaps even winning a game.
It brings three or four fantastic characters into focus and is a true human story. They pick themselves up from being thoroughly abject towards representing their unique culture on the pitch.
We then look at an old Saturday night play for ITV from the early 70s written by Jack Rosenthal called Another Sunday And Sweet FA. It is a gentle piece of work about a referee and about Sunday League football as a whole.
Expect lots of chat about Coronation Street and the bleakness of the depths of the football pyramid.
Neil Atkinson hosts with Gerry Donaldson, Anna Walsh and David Mault.