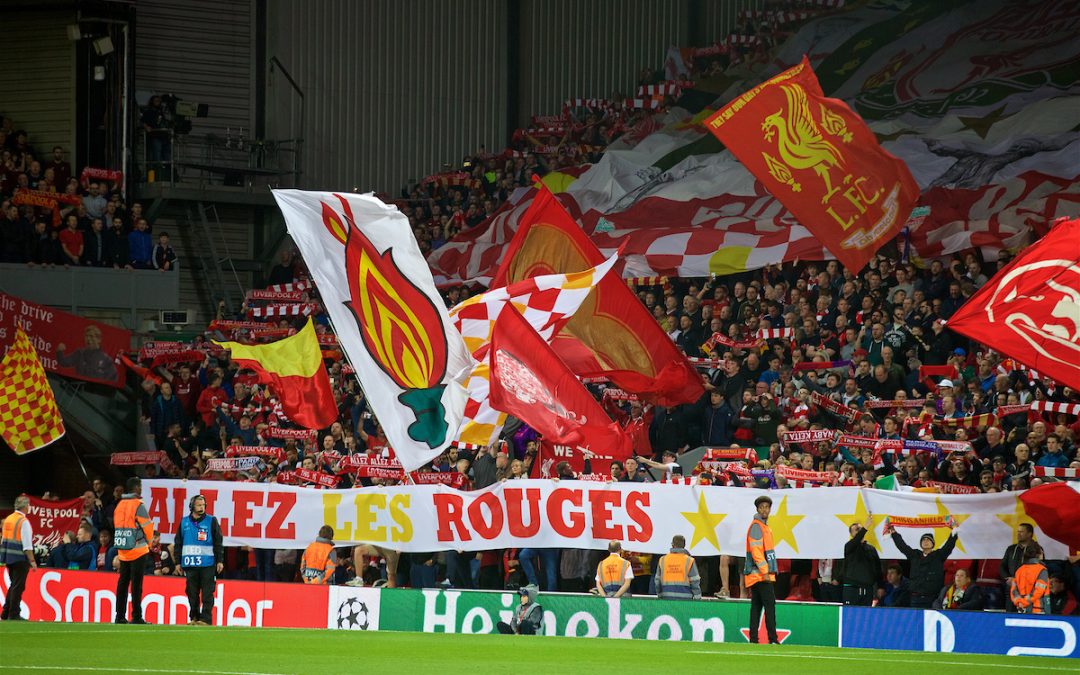 Liverpool top Champions League group C after the first round of fixtures having dispatched Paris Saint-Germain at Anfield by three goals to two.

The scoreline doesn’t tell half the story as Liverpool out thought and out fought Thomas Tuchel’s much fancied Parisians.

Joining host Rob Gutmann to tell the story and provide the final word on another famous Anfield night are Neil Atkinson and Sean Rogers.

To hear the full version of our final word over Liverpool’s Champions League victory over PSG, as well as previews and reviews of every Liverpool game, subscribe to TAW Player…