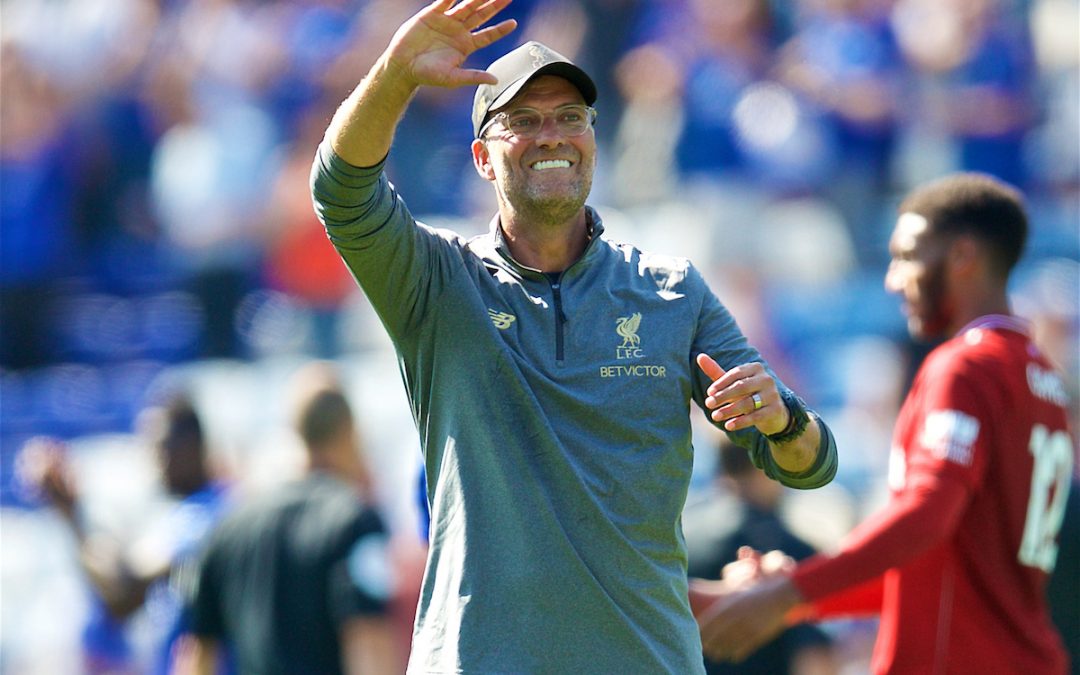 LIVERPOOL got away with murder at the King Power this afternoon.

Liverpool — top of the league.

Liverpool deserve their win. You get to defend well. You get to do the business without having the ball. That is the hardest thing at times to acknowledge — when you win the way you aren’t accustomed to. Liverpool won in a way they aren’t meant to.

They are top of the league.

Football doesn’t have to make sense, but it does tend to work out.

Things that happen in the first half:

And so it proved. And that is the “but”. Many games have a but. In the second half, Liverpool were pushed right back by Leicester’s desire to force the issue and they were rattled by it. Gone were Liverpool’s creation of chances, they were hanging on for dear life, getting territory, forcing the ball into corners and looking to take time out of the game.

Today, they were the side who weren’t great but found a way.

Joe Gomez’s performance was rolling a six on snakes and ladders and getting to 94. He went from supporting act to best defender on the pitch, a pitch with both Virgil van Dijk and Harry Maguire on. He went from boy to man before our very eyes. He was everything. The list of things you want from central defenders. Great on the ball, good in the air, brilliant on the turn, smartest man on the pitch, body on the line. Gomez’s performance is one to walk around. There should statues built off the back of it.

Elsewhere there was a shortage of quality but a lot of heart and a fair amount of brain. James Milner the standout for that. He oscillated between infuriating to incendiary. He won some tackles that should have meant more. He should be the man who launched Liverpool on a four on two which would have led to it being 3-0.

Instead, minutes later it was 2-1 through the goalkeeper making his first mistake of the season. He was rightly punished and he will be again. This is what we are bought into. There is no relief from this. The rough with all his smooth. I love his smooth. He will do for me. 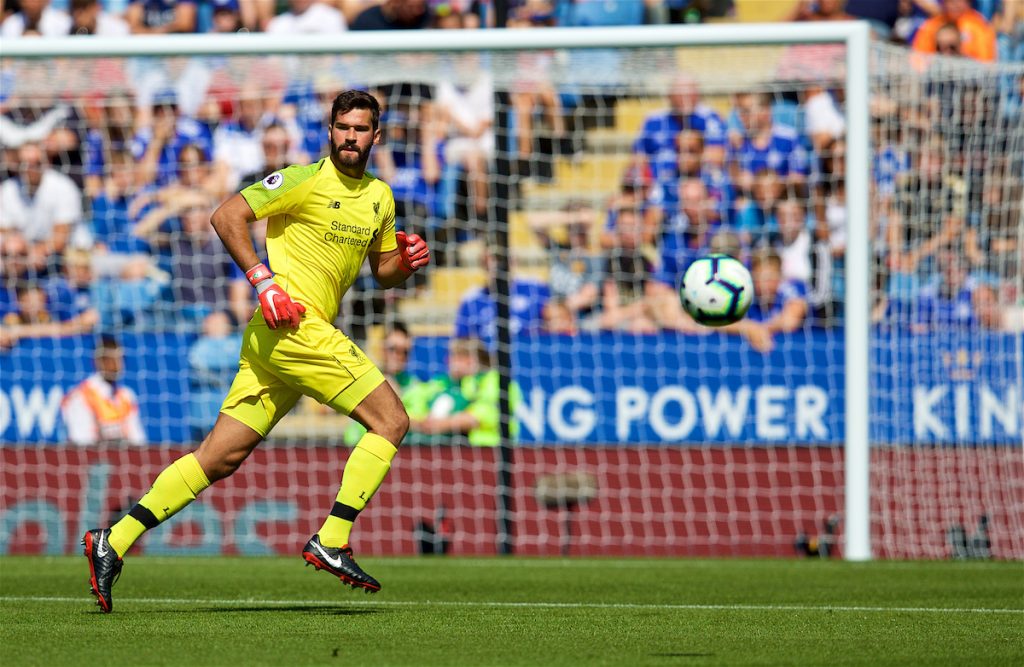 He wasn’t punished. Roberto Firmino was dreadful but — another but — my god did he work. Did he give us everything. Did he hunt Maguire down after 90 passed. Did he make it a nightmare to have the ball around him.

Against this Liverpool side what is striking is they can keep a good side at arm’s length. Leicester hurt Liverpool but — but, but, but — they couldn’t punish them. That’s testament to a Liverpool side who went from excellent to poor in the blink of an eye but who remained switched on. They kept their shape, kept talking and kept working.

Football is the best of the sports because it makes you make peace with the random while addressing a set-piece situation while tending towards allowing class to prevail.

When our shape goes wrong it can be like a clock that can’t tick. But it can still do the business occasionally.

Four down. Twelve from 12. Thirty-four to go. Good lord. Thanks for the break…