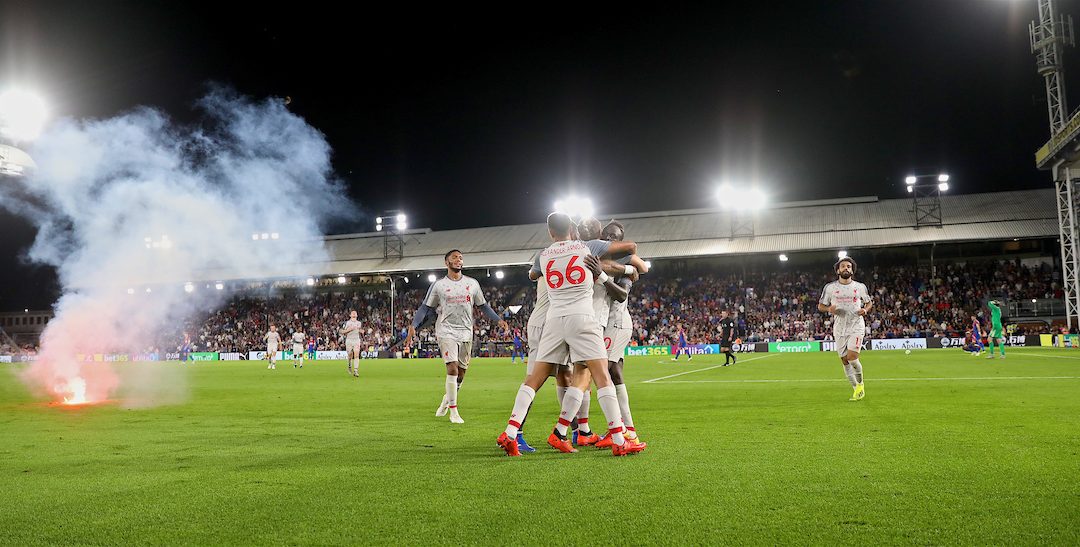 HAD a boss ratings there, you know. Fucking boss one, on me phone, work in motion, type as you watch. Real-time shit.

And then some mad fella come into The Croc and started asking everyone mad questions about whether they supported Liverpool or not on about 41 minutes and then me notes on my phone ended up in me notes deleted bits. And I went in to restore it, and The Reds scored, and I deleted it – lost forever, like a big fucking dope.

Honestly, there was all kinds in it. So forgive me if my mood has fucking dipped a bit. If Steve Jobs comes in here now, lad, I’ll fucking stick this iPhone up his stupid fucking arse the big bell-end until he fucking waddles or renames himself Steve fucking redundant. Or dead balls. Whichever one comes off the tongue first.

Anyway, fancy some re-hashed jokes, not only re-hashed from last season, but also from about 20 minutes ago? Sound. Go ‘ed.

Cool as fuck, isn’t he? Like the fucking Fonz. If you don’t know who the Fonz is ask your arl fella, or a random arl fella. He was very cool. I mean he was a 40-year-old mechanic with one t-shirt, who lived in his mate’s ma’s garage and didn’t have a bird or that, but you know, you will have to take the arl fellas’ word for it. Fucking hell, made a good save, looked boss, they cut to Mignolet’s big stupid head for one second and then he went berserk and ran away from the ball. Put Si the Mig blinkers on him so he doesn’t ever have to see him, just in case.

Defended well there, didn’t he? Zaha, if we are all honest with ourselves, is boss, isn’t he? Isn’t he? Reckon he’s had a harder game against Trent than the other way round, you know.

I’m not rating him any more because it’s always a nine or a 10. You decide, lazy balls. Especially if you’re making an article out of it…

Reads it better than anyone ever, you know. Do they have a Reading World Championship? What are the rules? Do they have to all read the same book? It would have to be a surprise book, maybe a new book? Why are you banging on about books, lad? Speaking of books, I could write one about his two headers in the last minute, in fairness. Best seller.

Made a great tackle there when they were in first half. Thought he was just as good as the fella playing next to him, in fairness, which is praise indeed. When Degsy comes back from his jarg stomach injury he will struggle to get back in.

Should have done better with that one in the first half. Did alright, set up a few great chances, and defended better than any left back we have had in donkeys’ years. Lashed that one right over the bar there though, didn’t he?

Oh, lad. That might be the greatest thing I have ever seen. The turn, the ball — if Salah scores, mate, (and he nearly does) it’s probably the greatest goal of our lives yerno. He never though, and then Naby had a mad 10 minutes, probably because he was fuming.

Gave it away twice in a minute in the first half and then tried to kick Zaha over the moon, which was sound in fairness. Scored a pen. Is right.

He was good first half, if a little slow in possession, but then ghosted into the shadows second half, until he re-appeared like he was on a Scooby-Doo in our box to stop their lad scoring late on. Great tackle.

Lost a point for the Naby miss. Weren’t at his best, but could have scored a hat-trick, won the pen, and got their lad sent off, and then sent Mane through at the end. Absolute golden touch. Grafted as well.

Not at his best but still better than most. Ran himself ragged.

Say what you want, but there is nothing better than the pay off of a last-minute 2-0, fella. Sadio there was amazing, the strength the pace, the power, the persistence, the this that and the other. Fucking is right, lad.

6 – Sadio Mané has scored six goals in his eight Premier League appearances against Crystal Palace, more than he has against any other side. Haunt. pic.twitter.com/nrrrOIqfKl

Come on when we were stretched for five and boxed us, made it look easy. A captain’s cameo.

Hmm, head like a badger. Gave away a free kick.

Came on after 94 minutes, lad. Come on. Only putting it here so you don’t moan.