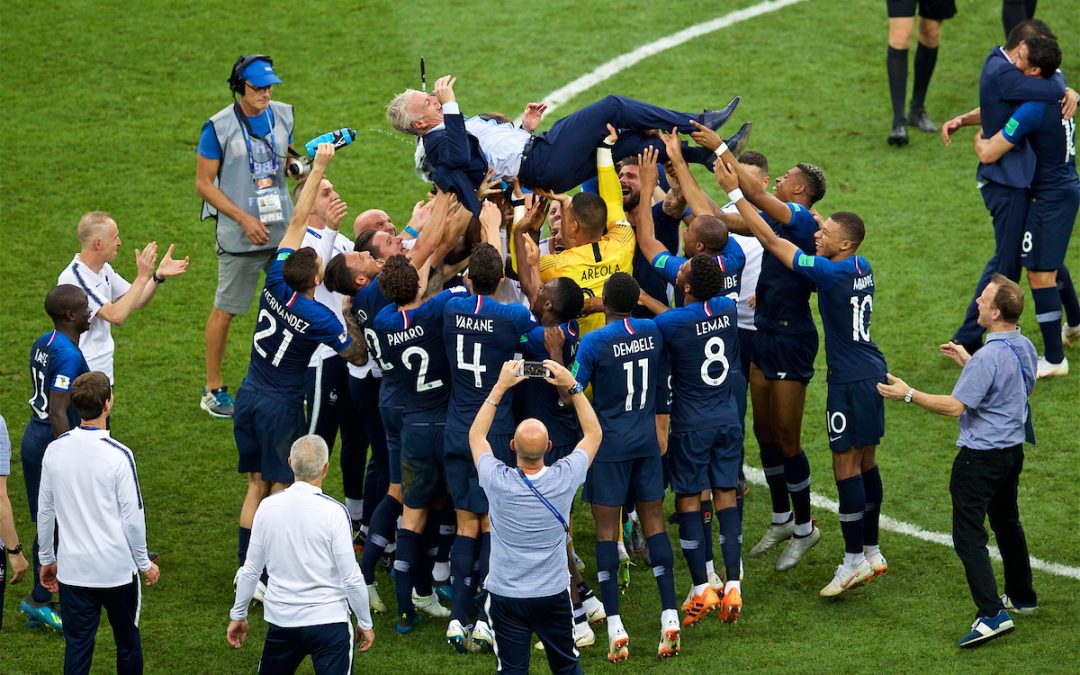 What a World Cup the 2018 edition has been. It has had absolutely everything. It has had great matches, great goals and the drama has been almost endless. The Final itself didn’t disappoint and lived up to the weeks that had preceded it and the best team in the tournament has won the whole thing.

What were the highs and lows of that final and of the whole tournament? Who displayed brilliant courage throughout, who disappointed and how did they disappoint?

Working through it all today one last time are Paul Senior, Dan Austin and Neil Atkinson, ably hosted by John Gibbons.

This is our final World Cup show until at least November 2022. We hope you have enjoyed them.