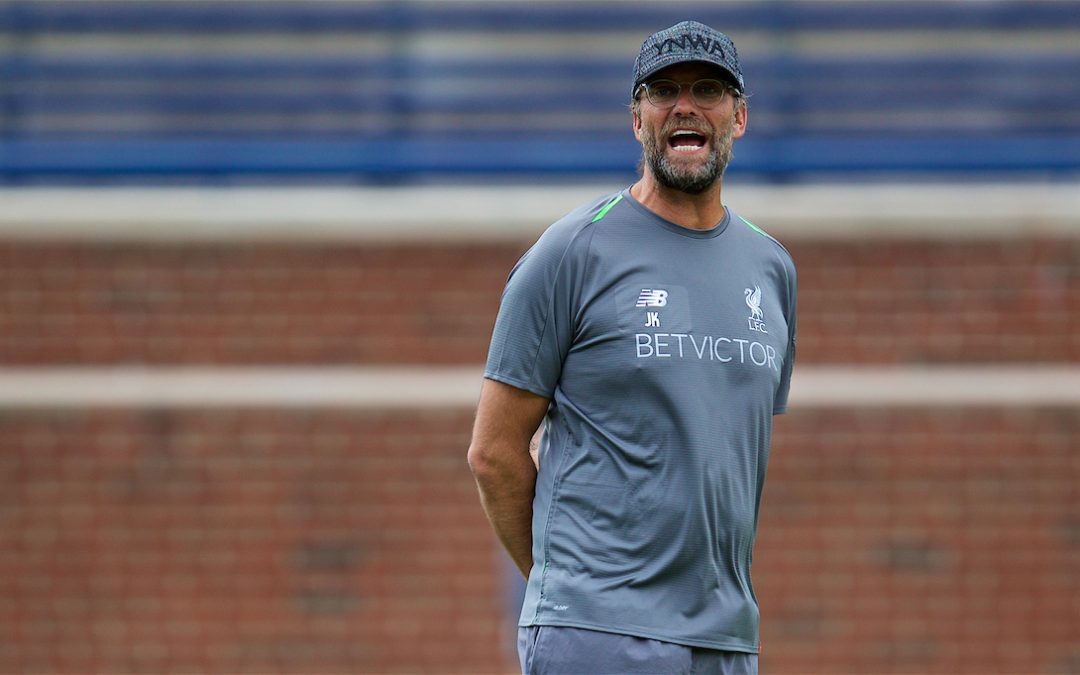 Our first Review of 2018/19 focuses on the progress made by Curtis Jones and Rafa Camacho and how their paths to the first team may well diverge. We have a conversation about Liverpool getting the club playing similarly from top to bottom and how much easier this can make the step up for these players while simultaneously keeping standards high.

We discuss the manager setting the tone he has within the club and the impact that has at all levels. Liverpool’s players have thrown themselves into this pre-season with some eager to cut their holidays short to join Jürgen Klopp’s Reds. It is now his third full season and his players know what to expect.

We end discussing the fact there is no replacement for Zeliko Buvac. Can anything be read into this as regards Pep Ljinders? What does it say about Klopp now?

It’s Neil Atkinson, Sean Rogers and Stuart Wright, back with the Review.

To hear the full version our in-depth look at Liverpool’s warm up to the season, as well as exclusive interviews and and coverage of every Liverpool game, subscribe to TAW Player…