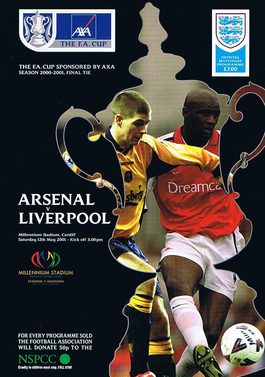 Gareth Roberts is joined for the first ‘Big Match’ show of the summer to revisit the second half of 2001 FA Cup Final where Gerard Houllier’s Liverpool won their second of three trophies that season by beating possibly Arsene Wenger’s finest Arsenal side.

Bearing witness to what was tantamount to daylight robbery with Gareth is Craig Hannan, Fuad Hasan, Ian Salmon, Dan Austin and Andy Heaton.