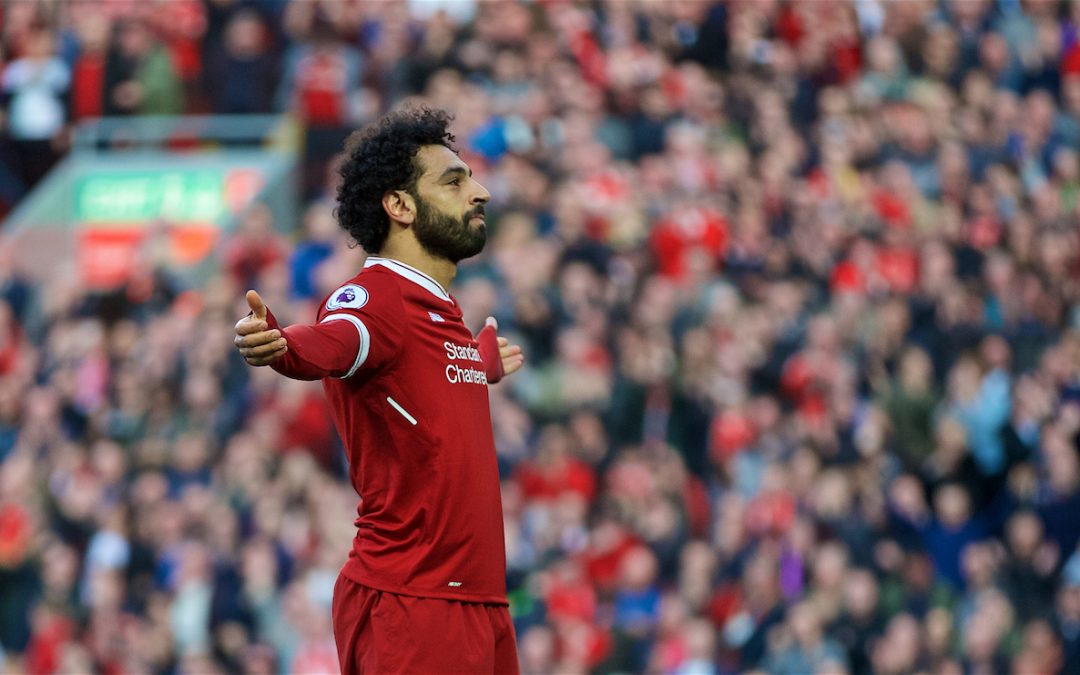 WE were chatting yesterday about the game.

There was talk of needing to enjoy the occasion — it’s not often we’ve had a European cup semi final to savour — and not to be shredded by nerves nor filled with dread and foreboding.

I’ve dwelt on this overnight. Because I’m excited, very definitely excited, but I’m also brimming with dread and foreboding. I’ve only ever really savoured “the occasion” when I know we’ve won. I have zero memories of having enjoyed days or nights which turned out badly.

West Brom away at the weekend was a case in point. There we were, driving down in the sunshine. Bedding into a fave away pub, The Vine, near the ground. The ale was good and flowing, there were meats and sweat smells coming from the kitchen. Friends everywhere. Me, my boys, best buddies — all the components of the good life.

I turn to The Anfield Wrap’s Neil Atkinson next to me, in the boozer, and say: “This feels all too perfect. A textbook away. We’d better fucking win.”

And we nearly did, but in the end we didn’t. And so we trudged out of the ground heads bowed. Piling back into Anfield Wrap contributor Paul Senior’s car, a silent journey back up the M6. Textbook shite.

It’s all about how the story ends. I never really understood the concept of stories having happy or sad endings as if their conclusions were somehow detached from the entire tale. The journey is so defined by its outcome. At least it is at the point of that outcome. I wish I could enjoy the journey more, and I’m a believer in it being being better to travel than arrive, but sometimes it sure is difficult to just kick back and savour the ride when you know hell might be round the corner.

“I’ve never seen a goal celebrated like Garcia’s against Chelsea.” 👏

🗣 Subscribe and listen to all of our Champions League coverage, including a look back the Reds’ past semi-finals 👉 https://t.co/ZgZsMNNDT0 pic.twitter.com/ikdWp44VT3

First legs are no fun. I didn’t enjoy us thrashing Manchester City in the quarter final at Anfield. The second that third goal went in I was in bits with anxiety at the prospect of conceding the next goal. Likewise, that first half in the return at the Etihad was a truly terrible experience. I said to my friend Steve when we went 1-0 down: “In what universe can this be considered a pleasurable pastime when I feel like I want to die just right now?”

It is unlikely that events unfold tonight in a manner that will enable me to “enjoy the occasion”. I’m preparing myself for what the sage and legendary left winger John Barnes once poetically described as “90 minutes of sheer hell”.

If we can take a five-goal lead within an hour I might — just might — find a way to cruise through the last half hour. Anything short and I’ll remain in my own private purgatory. Actually, not private, very public. The only consolation is that another 50,000 souls packed inside Anfield will be mainly walking in my shoes. Very few will permit themselves the luxury of just going with the flow.

When we cheer on The Reds tonight it will be different. We know the difference between getting our chants going, making some noise, generally being Liverpool, and the much more profound enterprise of going to war for and with the team. The screaming will be primal tonight. The songs anguished pleas. The urging bordering on violent. The wanting, the hurting. The ambition.