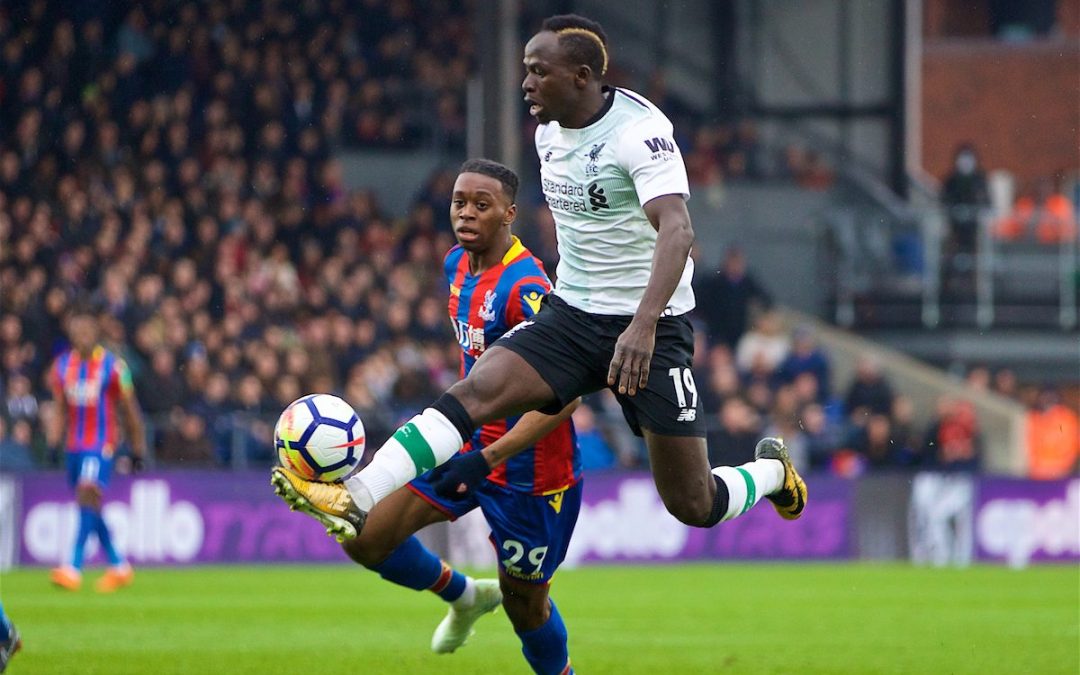 IT’S been a strange old season for Sadio Mane.

While the general perception has been that he isn’t quite performing with the same panache and potency which he demonstrated consistently during his first season at Liverpool, he remains an absolutely integral component of Jürgen Klopp’s scintillating attacking unit.

When Mane first arrived from Southampton, he immediately showed what Liverpool had long been lacking with his direct forward play, blistering pace and ability to dramatically transform Liverpool’s ability to counter attack effectively with pace. In a way, his influence was most evident when he was injured for the final couple of months of the season as Liverpool’s attack was severely blunted and far more predictable in his absence.

Liverpool found a way to grind out the results they needed to finish in the top four, but it was through a much more pragmatic and less fluid style of play, given the total lack of pace in the side with Mane unavailable. Klopp addressed that issue in the summer with the acquisitions of Mo Salah who has taken Liverpool’s attack to a whole new level by bringing a sensational combination of speed, skill, clever movement, creativity and of course, just the 37 goals so far.

In surpassing even the wildest of expectations, Salah has warped everyone’s perceptions of what a normal season looks like for a really good attacking player. Mane’s current tally of 15 goals and nine assists is better than he managed in his first season and represents a more than respectable return at this stage of the season, and Salah’s heroics should not detract from the importance of Mane to this Liverpool side.

Although Liverpool began the season with a familiar 4-3-3 shape, with Mane shifted over to the left as Salah slotted into the right-hand side of the attacking trio, spearheaded by Roberto Firmino, that tactical shape has evolved throughout the season as Salah has increasingly performed the role of a second striker, ostensibly starting on the right but regularly popping up inside the penalty area in goalscoring positions. 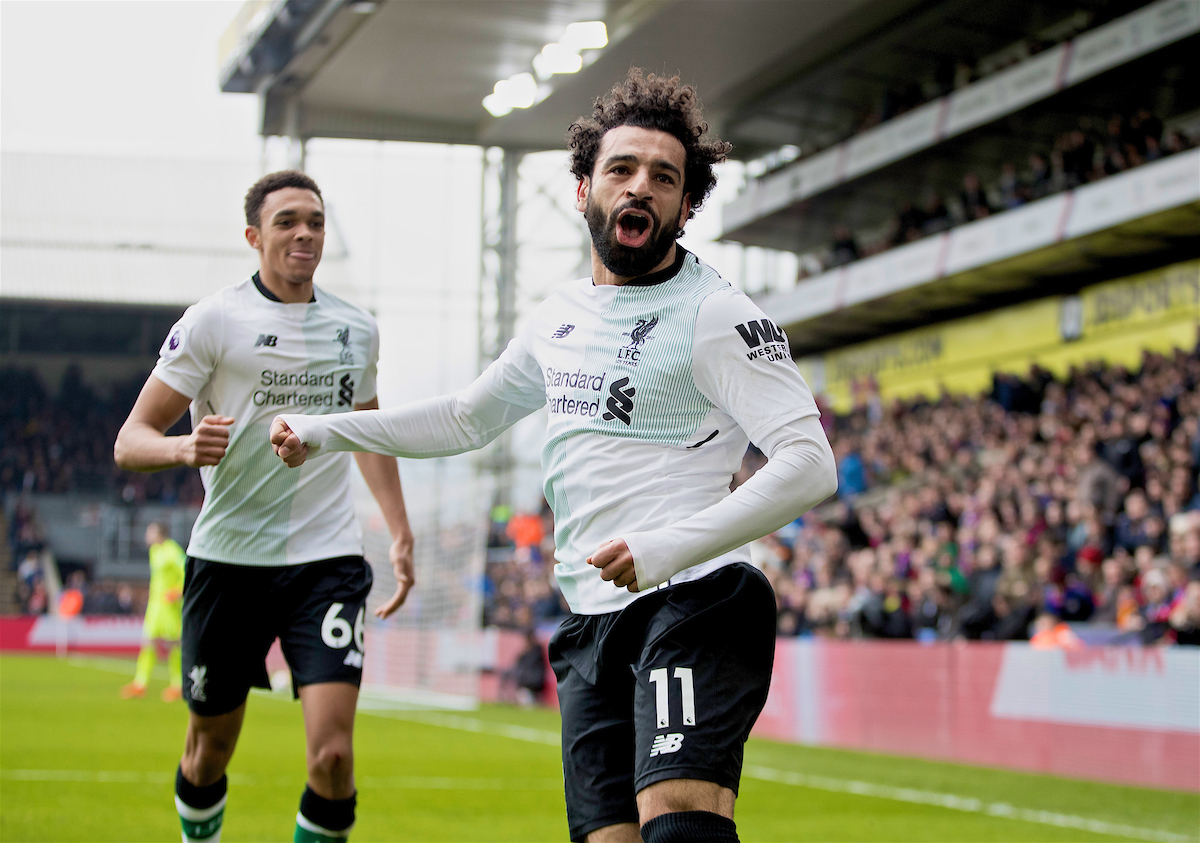 The intelligence of Firmino’s movement in dropping deep, pulling out wide and dragging defenders out of shape has been fundamental in terms of opening up those spaces which Salah has repeatedly exploited. We’ve seen it from Mane too, often finding himself in centre forward-type areas to finish off attacking moves from close range.

Yet there has been a notable shift in Mane’s role as the season has unfolded, particularly in recent months. Rather than functioning as a winger and taking on opponents down the outside, Mane has adapted his game quite significantly since the departure of Philippe Coutinho to Barcelona in January. Whether that has come as a result of tactical instruction from the manager, or whether it’s Mane expressing his creativity in a different manner, the change has certainly been clear to see.

Coutinho used to excel in his role of drifting infield from the left, knitting together the midfield and attack with incisive vertical passes and driving runs from central areas. It’s something we’ve increasingly seen from Mane this season, as much of his best work is done in the middle third of the pitch, setting up attacks from deeper and more central positions.

There was an early sign of it against Leicester at the back end of December, when Mane found Salah with an audacious backheel pass from a typical number 10’s position to score the equaliser. In the 5-0 win against Watford at Anfield, it was Mane who fed Andy Robertson in down the left with a perfectly weighted through ball in the buildup to Salah’s second of the game.

In Saturday’s win against Crystal Palace, Mane could be seen fizzing a sumptuous cross-field pass into Trent Alexander-Arnold out wide, before arriving in the box to score the equaliser himself in the second half to kickstart Liverpool’s comeback.

Rather than the rapid bursts of pace down the wing, we’re seeing Mane increasingly take up a central role in conducting Liverpool’s attacks with his vision and range of passing. A Champions League hat trick against Porto was evidence that he hasn’t lost his goalscoring touch either, giving him the confidence boost he needed to recapture his best form after a difficult few months following the red card against Manchester City back in September. 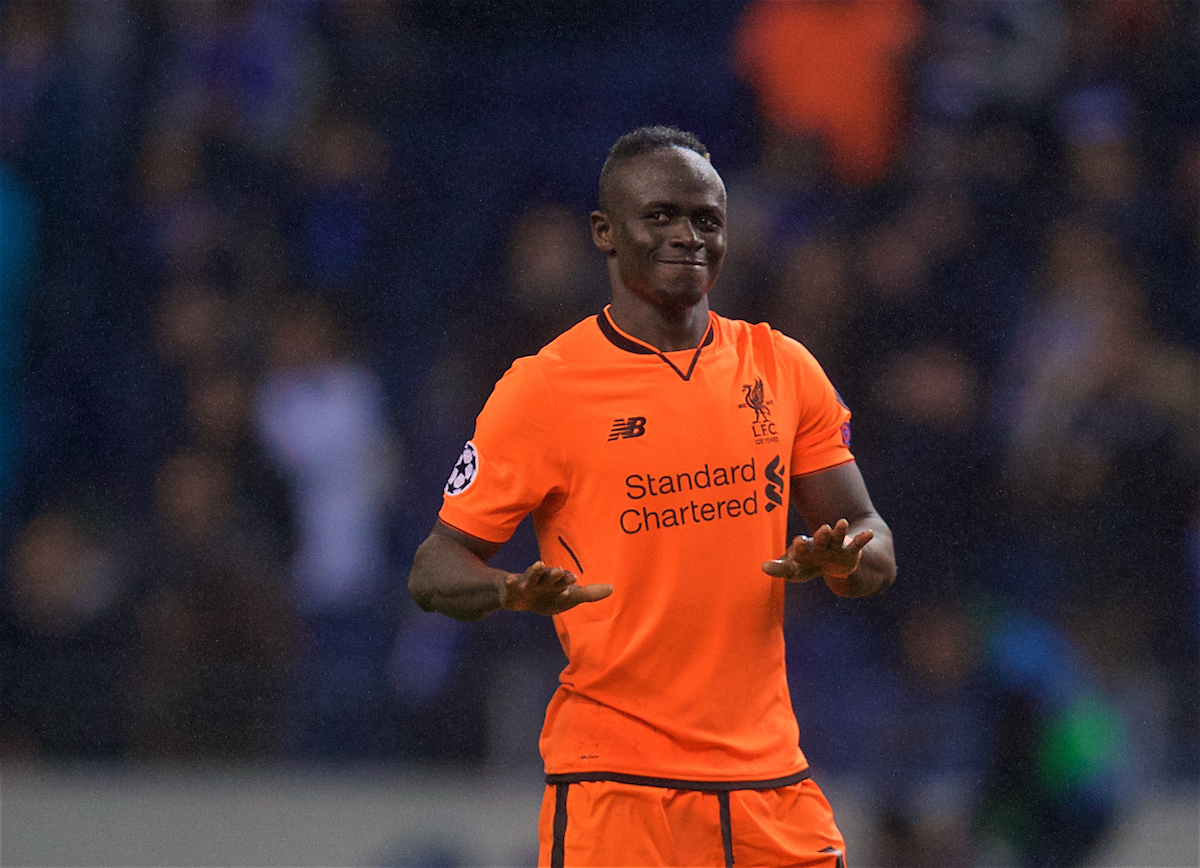 Of course, there have been numerous occasions this season where Mane’s first touch has appeared heavy and his decision making has been below his usual high standards — the decision to shoot against Everton rather than pass to a teammate for a certain goal was a particular low point. Nonetheless, he remains a hugely influential figure with the strength of character to rediscover his mojo despite receiving plenty of criticism at times.

Crucial strikes against Crystal Palace (home and away), Burnley away and Man City are testament to Mane’s capacity to deliver in key moments of games. When he or the team as a whole are having an off day, Mane remains such a gifted footballer who can change a game in an instant.

There’s no doubt that both Salah and Firmino have outshone Mane this season, which, given how Mane was the club’s player of the season last season, demonstrates just how extraordinary Liverpool’s attack has been. Still only 25 years of age, Mane is only just entering the prime of his career and certainly has the potential to improve even further.

This season, we’ve seen him demonstrate his intelligence and adaptability to go with his array of technical qualities and unrelenting work ethic, showing that he can not only operate as a wide forward, but is also capable of taking on the responsibility of orchestrating Liverpool’s attacking play from central positions.

For analysis around all of Liverpool’s games in the run in to the end of the season, as well as the latest on all The Reds’ transfer dealings, SUBSCRIBE to TAW Player for just £5 a month…