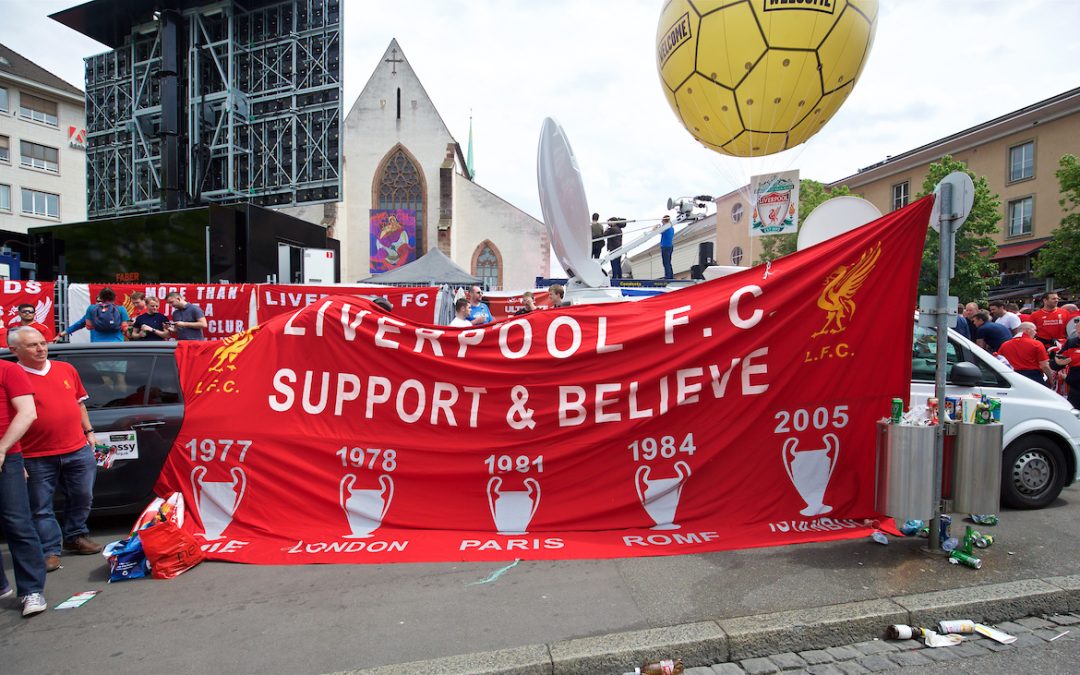 PEOPLE who have labelled Liverpool’s draw against Roma as favourable may have a point, but the Reds still face a tricky test against the Italians, writes HARRY HAWTHORNE.

The European machine that is Zinedine Zidane’s Real Madrid or the Bundesliga’s runaway winners Bayern Munich may very well have made Liverpool’s progression to Kiev even trickier, but this doesn’t mean that Eusebio Di Francesco’s men will roll over.

Roma are by no means in the calibre of the aforementioned giants, Real may have floundered in La Liga but seem to have found their feet in Europe, while Bayern are a side who know what it takes to win and win a lot. And while some may rightly point to Roma’s last trophy being a Copa Italia triumph in 2008, if we were to use the same basis of evidence to evaluate Liverpool’s chances then our League Cup triumph in 2012 is unlikely to weaken the knees of our Roman opposition.

What The Reds face on this anticipated Tuesday night are a good side. Nothing spectacular, nothing to inspire a generation of promising players in the way that Barcelona did in the late 2000s or Holland managed to do in the 1970s. But what this side do have is a pre-existing narrative following that extraordinary victory over a perishing Barcelona a few weeks ago.

Upsets inspire, they cultivate the dreams of supporters and players alike. They instil a surety and make you believe. Leicester City’s (vastly annoying) Premier League victory is an example. A group of good players grew into giants because they believed. Big wins turned into more wins and, much to the detriment of the Premier League’s establishment, Leicester won the league.

Liverpool’s job is to kill their opponent’s hope. Make Roma’s comeback against Barcelona their season’s crowning achievement, burn any empty pages and finish their story. While they may have beaten Barca with an exceptional performance, Liverpool have done the same.

Manchester City were made mugs of at Anfield and picked off perfectly on their home turf. Liverpool must keep their story going, make their season the one that will stand out in the pantheon of great European campaigns.

“Liverpool have got this pedigree.” 👑

“The last four of this Champions League is European heritage written large. This is royalty.”

🗣 Subscribe to #TAWPlayer and listen to all of our Champions League coverage as the Reds look to make it number six 👉 https://t.co/rsl3LeiqlF pic.twitter.com/XyBhtfla3G

Liverpool must be wary, yes. But fear their opposition? Not a chance, Liverpool should fear no one. The Reds were told to be scared of Sevilla and while the results weren’t perfect, they were still the stronger side against the Andalusians home and away.

Porto were supposed to be the definition of a “tricky European outfit”, a team you immediately presume has been robotically manufactured by a sly southern European tactician to undo the ever-naïve British sides. Liverpool showed no fear in Portugal, condemning their opposition to the scrapheap thanks to five away goals.

And then came City. The side in Europe to fear. Pep Guardiola’s Manchester City, constructed not just to win every game, but dominate every minute, every second and every kick. I was scared, I would estimate a fair amount of supporters were scared. English football had taken note of what they were and what they can do.

Every side to have a crack at the champions this season have adapted, rolled over and lost. But not Liverpool. Liverpool have feared no one. Even when Liverpool were battered at the Etihad last year, they showed no fear, they came to play.

When you have Sadio Mane batting critics away with an unassuming smile, Roberto Firmino generally being incredibly good at final-third football and Mohamed Salah being the best player in the world, why on earth would you fear a good, but not great, side?

Roma may believe they are something special. They are solid, with the buoyance of belief inflating what they think they can do. Liverpool must be wary of their confidence, they must be the better team and continue their record of being ballsy.

The victory over City must be a part of the journey, not the cliff before the fall. Let’s hope The Reds remember to quell any big-game nerves that have been absent so far this season. Keep the fear at bay and Liverpool can beat anyone.