Liverpool: Bring On Yer Roma By The Score – What The Reds Can Expect 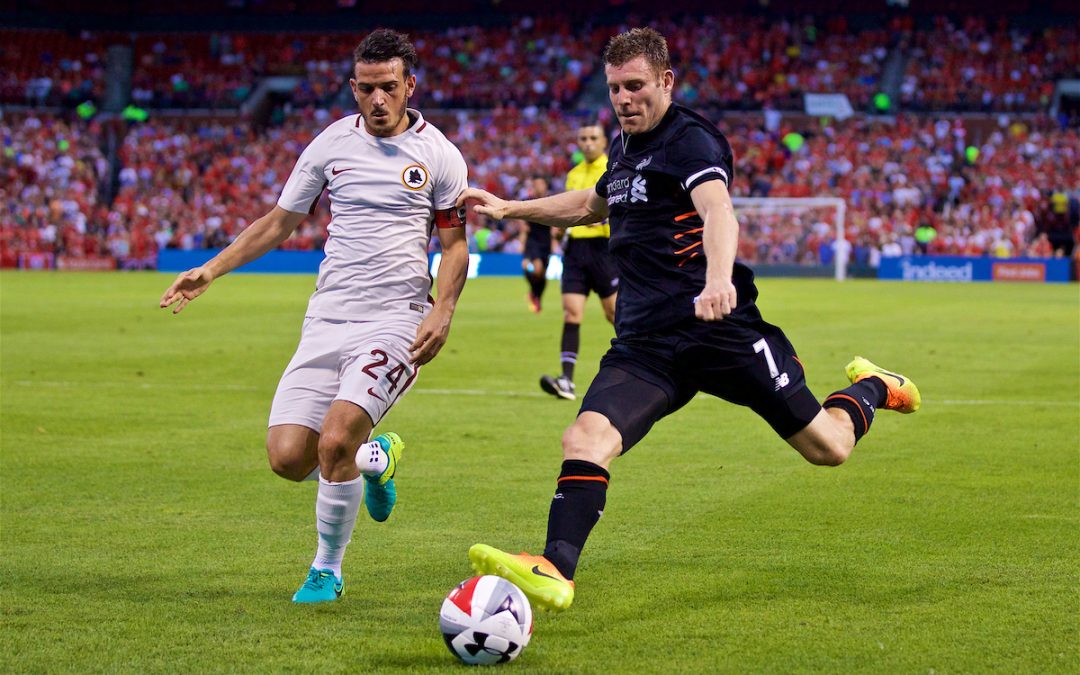 I DON’T know about you, dear reader, but I am struggling to think about anything else.

A passerby says “good morning” and I hear “happy Champions League semi final first leg eve”. A work colleague asks me to put an action plan together, so I have a go at picking the Liverpool teams for both legs. I go out for a meal and when the waiter asks if I’m ready to order, I grab him by the lapels and scream in his face “we’re in the Champions League semi final tomorrow you fool! Who can think about food at a time like this?!”

Jürgen Klopp and his players will not have been as distracted as I have by the impending tie with AS Roma, but there was ammunition for those who believed they had at least one eye on the first leg as Liverpool threw away a two-goal lead in the last 12 minutes against West Brom at The Hawthorns. A big thank you to The Reds for doing precisely what I said they had stopped doing in my article last week, by the way.

Of course there were valid excuses, such as three of the back four being changed, a key member of the front three not starting and the sort of refereeing performance that surely makes even the most ardent critic of VAR think twice. That a referee who once awarded a goal after a shot had gone wide is allowed anywhere near a Premier League game is frankly baffling.

However, I for one will not allow Saturday’s two dropped points to ruin this enjoyment. The enjoyment that comes in the anticipation of a Champions League semi final.

Following the outstanding 5-1 aggregate victory over Manchester City in the last round, I said that I didn’t care who Liverpool drew. The feeling of invincibility was spreading and a glamour tie with Real Madrid or Bayern Munich enticed more than frightened. However, when it became apparent that it would be Roma standing in between The Reds and Kiev, sense kicked in again. The Giallorossi were the easiest team that Liverpool could have drawn.

That of course is not to say that it is an easy tie, as if there could be such a thing at this stage of the premier competition in club football. You only need to ask Barcelona how “easy” playing the side from the Italian capital is.

Manolas heads home Roma’s third, and as it stands…

Barca are going out! 😱 pic.twitter.com/3CXUZBYGNn

Roma are led these days by Eusebio Di Francesco (with his face like an Italian Eric Clapton), who took over from Luciano Spalletti last summer following the latter’s move to Inter Milan.

Di Francesco made 129 appearances for Roma as a player between 1997-2001, and was part of the 2001 Scudetto-winning squad. His main glory in management so far has been guiding lowly Sassuolo into Serie A and keeping them there as an established top-flight club (despite being sacked in 2014, only to be reappointed two months later). It was enough to get him the gig at the Stadio Olimpico, where he has had an impressive first season.

Roma are currently locked in a tight three-way battle for the final two Champions League spots in Italy, sitting fourth on the same points as rivals Lazio, and just one point ahead of Inter. A 0-0 draw with Lazio in the Rome derby last weekend has been followed by routine wins against Genoa and SPAL, so they will be coming to Anfield with confidence, especially still fresh off their historic 3-0 win over Barca in the previous round of the Champions League.

It is Roma’s form in the Champions League that has some concerned that they could be Liverpool’s trickiest opponents so far, having beaten Chelsea and Atletico Madrid to win their group, before overcoming Shakhtar Donetsk and Barca. They are yet to concede a single goal at home in the competition as well, though that doesn’t tell the whole story when it comes to their capabilities.

Since the turn of the year, Roma have lost at home in the league to Atalanta, Sampdoria, AC Milan and Fiorentina. It has actually been away from the Olimpico where they have been more solid domestically, having not lost on their travels since a 1-0 defeat at Juventus in December. However, they have lost their last three away games in Europe.

One domestic game that may cause concern for the hosts is Roma’s 4-2 win at title-chasing Napoli last month. The Naples side have been compared to Liverpool in their style of play, with manager Maurizio Sarri playing an exciting brand of attacking football, and Roma tore them apart at the Stadio San Paolo. Dzeko in particular caused all sorts of problems, scoring twice, though it must be said that Napoli defended very badly as individuals that day.

When it comes to a Champions League semi final though, as Liverpool know all too well, the form book can often go out the window. It all depends on who wins the battles over the two games, and there are set to be some fascinating battles across the 180 minutes between these two teams. 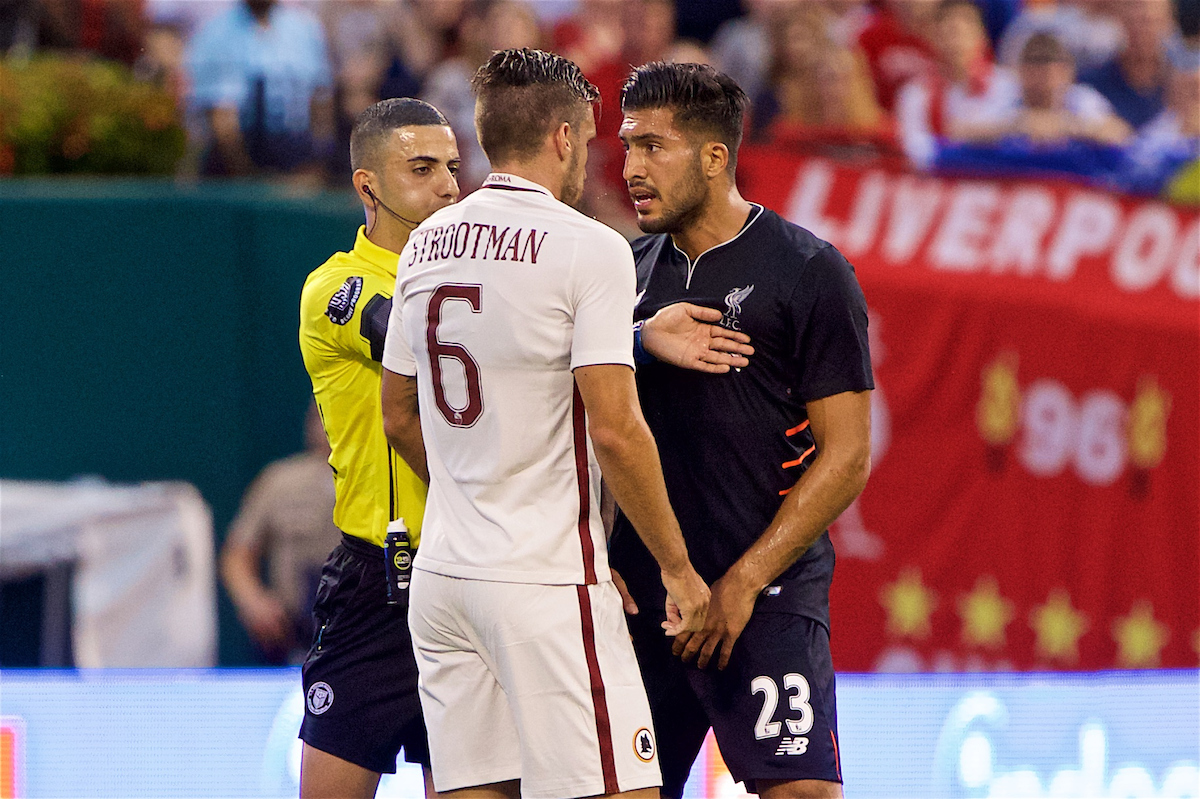 The key one, as ever, will be in midfield. Liverpool’s middle has come in for some criticism, but in the home leg against City it was a major part of the demolition job in the opening 45 minutes where The Reds effectively won the tie. A likely trio of Jordan Henderson, James Milner and Alex Oxlade-Chamberlain will need to play at the same high energy and make correct decisions in key moments more often than not.

That is because they are likely to come up against Daniele De Rossi, Kevin Strootman and Radja Nainggolan. De Rossi is an old head, combative and a real leader. But it must also be said, is 34 and slowing down. He looked good in the second leg against Barcelona, but struggled with the pace of the game in the Camp Nou. Strootman is capable of brilliance, but after quite a few injury issues in recent years, doesn’t appear to be the player he once was, though he too is very unafraid of the physical side of the game.

The main danger will come from the Belgian, Nainggolan. He finds space and exploits it, and Henderson in particular will need to guard against his involvement in the final third, especially as he’s fresh off scoring at SPAL on Saturday.

Elsewhere, there is the former Man City duo of Aleksander Kolarov and Edin Dzeko. They may ultimately have not been good enough for the new champions of England, but are still a threat, as Liverpool have found in the past. Trent Alexander-Arnold marked a far superior player than Kolarov in Leroy Sane out of the game at Anfield, but the crucial thing for him here will be stopping the cross. If the Serbian is allowed to fizz too many balls across the box, Dzeko will invariably be there to gobble them up.

The battle between Dzeko and Virgil van Dijk also promises to be a belter. It sounds as though the Dutchman is relishing the challenge, and if Liverpool are to keep that all important clean sheet, he will need to be on top of his game throughout. The way the Bosnian terrorised Gerard Pique in the previous round will be enough warning for Big Virg, but he’s certainly shown himself capable of rising to such tasks.

One threat who hasn’t been mentioned much in the buildup has been the man who replaced Mohamed Salah at Roma last summer, Cengiz Ünder. The Turkish attacker made a quiet start to life in Italy, but in the last few months has emerged as a worthy successor to Salah, scoring important goals and in key moments too. It was also his corner that led to Kostas Manolas heading in the famous winner against Barca.

“The Ündertaker”, as he is nicknamed, has scored seven goals for Roma this season, and like Salah has a direct running style and likes to cut in on his left foot. Andy Robertson will be tasked with dealing with the 20-year-old should Ünder start, and it will be a very different job to the one he had to do on Raheem Sterling. 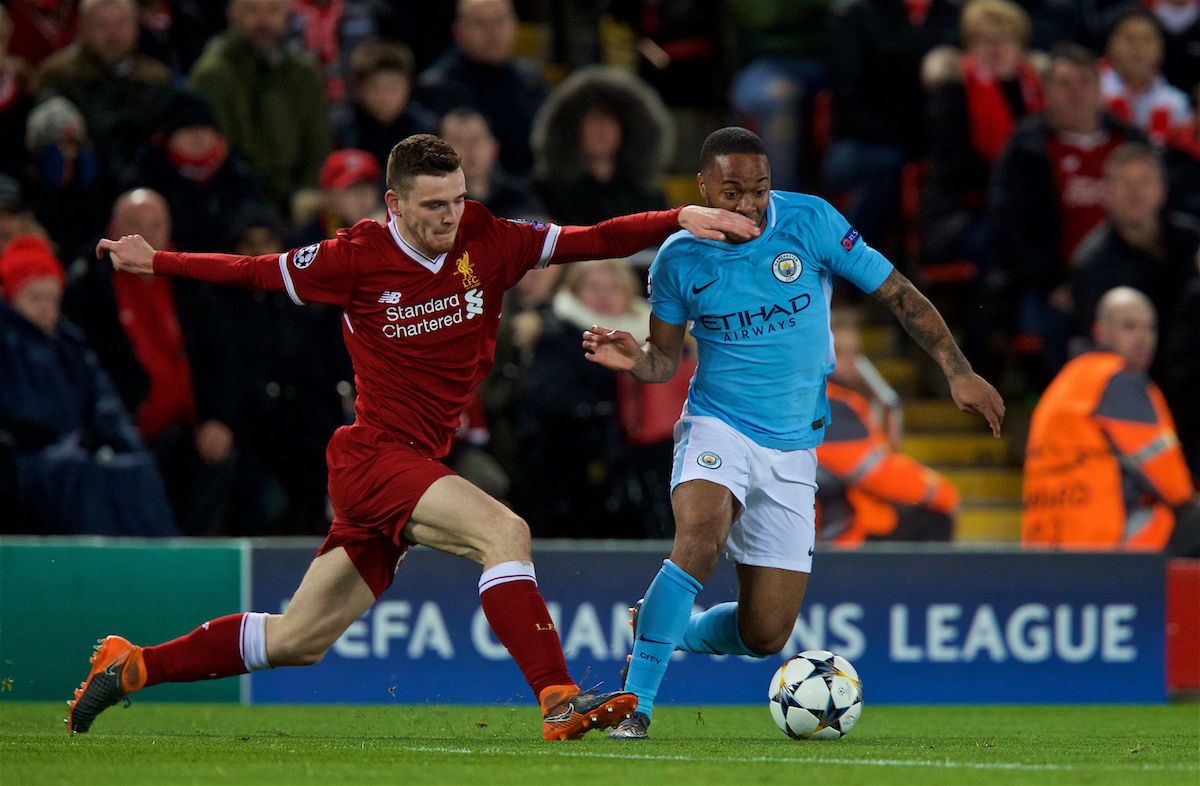 Then of course you have Alisson. The goalkeeper who nobody had really heard of before this season, but now we all know he’s basically David De Gea but with a better beard. The Brazilian number one has had a brilliant season in Rome, which has led to links with every European behemoth who may need a goalkeeper in the summer, including Liverpool, but his club is adamant that he’ll be going nowhere.

Whether that is a deal that ends up happening is one for the coming months, but in the meantime Reds fans will be hoping that he has two rare off nights and is vastly outperformed by Loris Karius.

Liverpool’s German goalkeeper will need to be alert to shots from range, which is a favoured weapon of the Roma midfield, while also watching for crosses in to Dzeko. Karius’s proactivity off his line could be key in thwarting that threat. As with the City tie, keeping a clean sheet in the first leg would be a tremendous advantage, particularly when you see what the one away goal Roma scored in the Camp Nou did for them in the quarter finals.

For all of those possible hazards, trust me, there is a columnist at “The Roma Wrap” writing a piece today about the perils of coming up against Sadio Mane, Roberto Firmino and of course, the new PFA Player of the Year.

“The Fantastic Three” will relish the opportunity to follow up the 5-0 and 3-0 first-leg wins from previous rounds with another show of attacking splendour, and with the ferocious power of Anfield on a European night behind them, and Klopp’s near perfect record in semi finals, there is every reason for confidence to be booming heading into the first leg.

Liverpool are two games from the Champions League final. This team is more than good enough to reach that final, but they must seize the moment.

Now, back to the day job. *Starts drawing doodles of Oxlade-Chamberlain lifting Salah on his shoulders.*